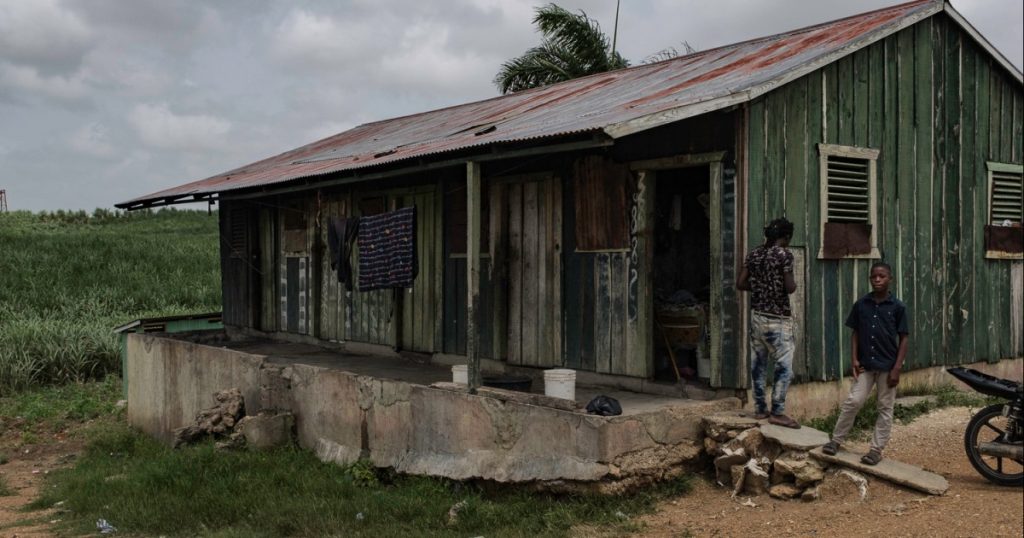 A building in Hoyo de Puerco in August. The encampment was recently demolished.Pedro Farias-Nardi

In an interview, committee member Earl Blumenauer (D-Ore.), chair of the Subcommittee on Trade, expressed frustration that, despite 10 years of monitoring of the Dominican Republic’s sugar sector, labor standards are still falling short. “The U.S. government hasn’t been able to follow through on this,” Blumenauer said.
“I don’t think we have seen aggressive efforts to police, monitor and maintain the agreement,” Bluemenauer added. “There is persuasive evidence of abuses. It shouldn’t be this hard.”
Across Central Romana’s 166,000-acre plantation, thousands of Haitian workers still cut the cane by hand, using machetes. After processing, Central Romana exports much of the resulting raw sugar to the ASR/Domino refinery in Baltimore. ASR bills itself as the world’s largest sugar refiner.
The Fanjuls, a politically influential family that has donated tens of millions of dollars to US politicians on both sides of the aisle, benefit from low tariffs and congressionally approved sugar price supports, which annually gain their companies by an estimated $150 million, according to Montana State University economist Vincent Smith. According to the paystubs and a 2021 canvas of dozens of workers, laborers on Central Romana’s sprawling plantation are paid as little as $4 per day.
As Central Romana has faced growing scrutiny from outsiders, it has stepped up armed patrols by its rifle-toting security forces, according to multiple sources. “Now there is a more permanent system of surveillance,” said Jesús Nuñez, president of the independent Union of Sugarcane Workers. “Every hour there’s a member of security observing.”
Multiple eyewitnesses reported seeing guards armed with shotguns patrolling on motorcycles. “They go to the bateyes all the time,” said a local resident. “They don’t go [any longer] to one or two bateyes, now they go to like six or 10.” Nuñez said he believed the increased surveillance was a direct result of recent media reports, including those from Mother Jones and Reveal. “Romana does not like that people step on their tail,” he said.
Central Romana called the reports of increased surveillance “completely untrue,” with Sturla claiming “there hasn’t been any reason to increase the presence of our security personnel.”
Nuñez and aid workers say Central Romana’s armed security force is also being used to carry out evictions from other bateys. “Many of these folks are retired cane workers who really have nowhere to go,” according to an aid worker who frequently visits the plantation and requested anonymity to protect their access.
Hoyo de Puerco residents before their relocation.
Pedro Farias-NardiIn some cases, widows whose husbands worked for Central Romana for decades have been evicted, forcing them to find housing in nearby towns. Company officials confirmed that it evicts retired workers and widows in an August email.
Central Romana can take such actions, Nuñez says, “because it is a government within a government.” The company is a hugely influential economic and political player in the Dominican Republic. It owns nearly a quarter million acres of land, its own port, international airport, cattle operation, and a 7,000-acre five-star resort on the Caribbean shore. Central Romana is one of the country’s largest private employers. Its past president served as the country’s vice president, foreign minister, and ambassador to the United States. In a statement, the Fanjul Corporation insisted that “Central Romana is a highly respected corporate citizen in the Dominican Republic and takes pride in its reputation for civic activities and ethical business practices.”
Congressional sources and labor advocates say concern over working and living conditions in the Dominican sugar industry is now spreading from Congress to other federal agencies, and to candy companies, including end users like Hershey. Their website highlights human rights and sustainability policies on sourcing cocoa, but says little about sugar. The company declined interview requests.
Hershey isn’t the only chocolate company to make such commitments about cocoa. “There’s been some real progress with cocoa,” notes Blumenauer, but “no one really pays attention [to sugar]…I think there needs to be attention.”
Blumenauer is optimistic that will change: “These are very wealthy people, profitable companies, and being able to give people a basic, decent treatment is within their capacity. There was a time when people thought you couldn’t get soccer balls unless they were sewed by little tiny fingers. Well, we’ve had compliance. It’s changed the supply chain. And I think we can do the same with sugar.”
As for the former residents of Hoyo de Puerco, the conditions were tough but some still miss their old homes. “I was born there. I had my children there, my neighbors, my community,” said one woman. She recalled the last glimpse she had of the village, sitting in a pickup truck alongside piled-up furniture, rolling to a new home. “The bulldozer was there,” she said. “There were only 11 houses left standing. I felt bad, but what can you do?”
This story was developed in partnership with Reveal from the Center for Investigative Reporting. Special thanks to Michael Montgomery. 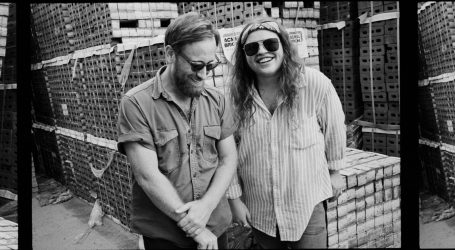 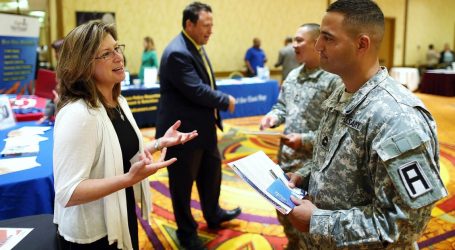