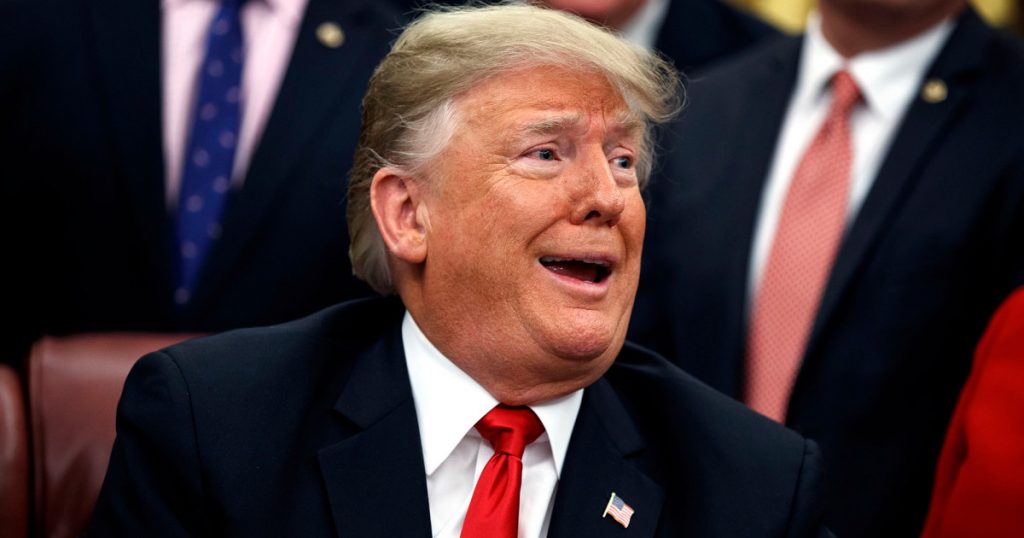 Donald Trump has a “natural instinct for science.”Evan Vucci/AP

It was a banner year in the war on science, as politicians, media figures, and celebrities used their platforms to promote pseudoscience and interfere with evidence-based policies. Here are five of the most egregious examples. And believe it or not, they all involve President Donald Trump—a man who recently boasted that he has a “natural instinct for science.”
Vaccine critics run for office. In November, North Carolina experienced its largest chickenpox outbreak in two decades, centered around a private school at which two-thirds of the students had not been vaccinated against the disease—many because of religious objections.
But the problem goes far beyond misguided parents. Politicians from both parties—notably Trump—have amplified false claims that vaccines cause autism and other health issues. In the 2018 Texas primaries, “vaccine choice” advocates tried unsuccessfully to defeat Sarah Davis, a moderate, pro-vaccine Republican state lawmaker; and Democrats ousted Bexar County District Attorney Nico LaHood, who had repeatedly used his position to claim that vaccines cause autism. In California, vaccine critics backed progressive candidate Eric Frame’s failed bid to unseat state Sen. Richard Pan, a pro-vaccination Democrat. Frame—who warned about “adverse reactions” to vaccines and opposed efforts to mandate them—called for a boycott of “Big Pharma” and urged the use of “natural remedies and alternative medicine” instead. Robert F. Kennedy Jr., a prominent vaccine critic, appeared in an online video backing Frame. (The video didn’t mention vaccines.)
Other politicians who reject the science were more successful. In December, newly elected Tennessee Congressman Mark Green (R) said, “Let me say this about autism…I have committed to…stand on the CDC’s desk and get the real data on vaccines. Because there is some concern that the rise in autism is the result of the preservatives that are in our vaccines.” And Kevin Stitt (R), the incoming governor of Oklahoma, announced earlier this year that he and his wife “don’t do vaccinations on all of our children,” adding, “It’s gotta be up to the parents, we can never mandate that.”
Trump rejects Hurricane Maria death toll. Two weeks after Hurricane Maria devastated Puerto Rico in 2017, Trump visited the island to defend his administration’s disastrous response to the crisis and to toss rolls of paper towels to survivors. Claiming that his administration had “saved a lot of lives” in Puerto Rico, the president said that in contrast to “a real catastrophe like [Hurricane] Katrina”—in which “hundreds and hundreds and hundreds of people” died—the Maria death toll was much lower. He then cited the Puerto Rico government’s official death count of 16 people, a number that was obviously far too low at the time. “Sixteen versus literally thousands of people,” he added. “Everybody watching can really be very proud of what’s taken place in Puerto Rico.”
Then, in August 2018, a team of researchers at George Washington University and the University of Puerto Rico released a detailed study commissioned by the territory’s governor. They estimated that in the six months following the hurricane, roughly 3,000 more inhabitants of the island died than would have been expected had the storm never occurred. This makes sense: Huge parts of the island were left without access to electricity, drinking water, and basic services. The figure, moreover, was in line with other academic estimates.
But Trump wasn’t convinced. “3000 people did not die,” the president angrily tweeted. “When I left the Island, AFTER the storm had hit, they had anywhere from 6 to 18 deaths.” The new research, he insisted, “was done by the Democrats in order to make me look as bad as possible.”

3000 people did not die in the two hurricanes that hit Puerto Rico. When I left the Island, AFTER the storm had hit, they had anywhere from 6 to 18 deaths. As time went by it did not go up by much. Then, a long time later, they started to report really large numbers, like 3000…
— Donald J. Trump (@realDonaldTrump) September 13, 2018

…..This was done by the Democrats in order to make me look as bad as possible when I was successfully raising Billions of Dollars to help rebuild Puerto Rico. If a person died for any reason, like old age, just add them onto the list. Bad politics. I love Puerto Rico!
— Donald J. Trump (@realDonaldTrump) September 13, 2018

Trump’s media enablers soon joined in. “Only President Trump has had the guts to call out the Dems and national left-wing media types, who have blindly accepted an amazing tortured inflation of the death toll, almost 50 times higher than the original count,” said Fox Business’ Lou Dobbs.
Trump administration opposes breastfeeding resolution. According to the American Academy of Pediatrics, breastfeeding “results in improved infant and maternal health outcomes in both the industrialized and developing world.” The group recommends that children be fed breast milk exclusively in the first six months of life.
So it came as quite a shock this year when the New York Times revealed that at a UN health conference, the Trump administration had pressured delegates to weaken an Ecuadorian resolution intended to promote breastfeeding and discourage the “inappropriate promotion of foods for infants and young children.” According to the Times, “The Americans were blunt: If Ecuador refused to drop the resolution, Washington would unleash punishing trade measures and withdraw crucial military aid.” The Ecuadorians backed down, as did numerous other potential sponsors who feared US retaliation. Eventually, Russia sponsored the resolution, which ended up passing mostly intact. Trump called the Times story, which cited more than a dozen sources, “fake news.”
HHS tries to define transgender and intersex people out of existence. In October, the New York Times reported that Trump’s Health and Human Services Department was spearheading an effort to define sex and gender in federal law as “a person’s status as male or female based on immutable biological traits identifiable by or before birth.” Under the HHS proposal, “The sex listed on a person’s birth certificate, as originally issued, shall constitute definitive proof of a person’s sex unless rebutted by reliable genetic evidence.”
As the Times noted, the new definition would “essentially eradicate federal recognition of the estimated 1.4 million Americans who have opted to recognize themselves—surgically or otherwise—as a gender other than the one they were born into.” In addition to excluding transgender people from federal civil rights protections, the proposal ignored the large number of intersex people, who are born with, for example, atypical genitalia or other anatomical or genetic traits that are not clearly female or male.
Scientists were quick to push back, with hundreds signing an open letter noting that the “relationship between sex chromosomes, genitalia, and gender identity is complex, and not fully understood. There are no genetic tests that can unambiguously determine gender, or even sex.” The plan “has no foundation in science and would undo decades of progress on understanding sex… and gender,” argued an editorial in the prestigious journal Nature.
Climate denial as foreign policy. Long before he ran for president, Trump famously claimed that global warming is a Chinese hoax. Now that he’s in the White House, he has the benefit of overseeing some of the world’s most brilliant scientists. It hasn’t helped. When federal agencies released a detailed report this year warning of the economic dangers of continued warming, the president declared, “I don’t believe it.”
Discussing climate science, Trump told the Washington Post in November, “One of the problems that a lot of people like myself—we have very high levels of intelligence, but we’re not necessarily such believers.” In interviews throughout the year, he asserted that “it was getting too cold all over the place”; that “something’s changing, and it’ll change back again”; that he doesn’t “know that it’s manmade”; and that “you have scientists on both sides of it.”
Asked by Voice of America whether he would be talking to Chinese President Xi Jinping about climate change, Trump said—bizarrely—that Xi has “got to do something with his climate. His climate is a little bit tough. And I’m sure he will.” Indeed, Xi probably will. But Trump certainly won’t. In December, his administration reiterated its decision to withdraw from the landmark Paris global warming agreement. Then, during international climate negotiations, the US government took the remarkable step of joining with three petrostates—Russia, Saudi Arabia, and Kuwait—in declining to endorse a major new UN climate study. Instead, the US delegation hosted an event promoting the use of fossil fuels. 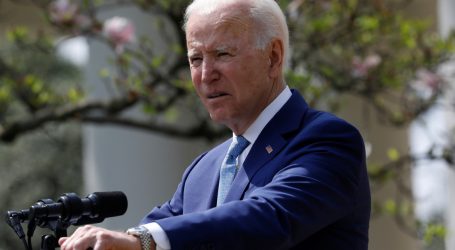 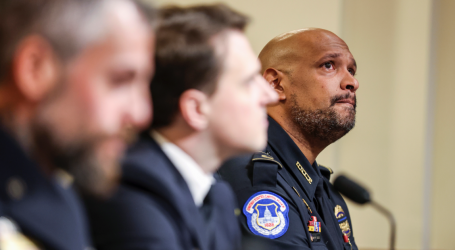