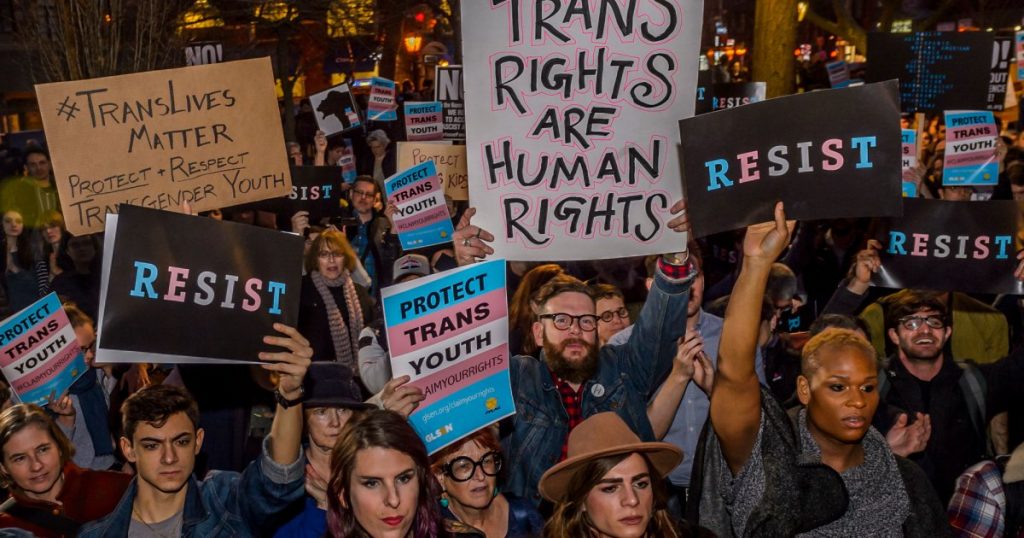 A coalition of over 50 LGBTQ rights organizations and New York Elected Officials held an emergency rally to oppose Trump attack on Trans Students at the Stonewall National Monument in New York City, on February 23, 2017. Sipa USA/AP

Trump administration officials are pushing to narrow the legal definition of sex under Title IX, the latest move in the White House’s effort to upend the rights of transgender people, the New York Times reports.
A draft memo, seen by the Times, indicates that the Department of Health and Human Services wants to establish that gender is determined “on a biological basis that is clear, grounded in science, objective, and administrable,” and is urging several agencies to adopt this definition. The agency planned to bring the change to the Justice Department by the end of the year. Such a move would affect how the federal government investigates gender discrimination cases at schools and colleges and funds school health programs.
“Sex means a person’s status as male or female based on immutable biological traits identifiable by or before birth,” according to the memo seen by the Times. “The sex listed on a person’s birth certificate, as originally issued, shall constitute definitive proof of a person’s sex unless rebutted by reliable genetic evidence.”
The move walks back Obama-era efforts to broaden the legal definitions of gender and sex to include the millions of transgender people in the country—those who identify with a different gender than the one they were assigned at birth.
HHS civil rights chief Roger Severino, the former director of Heritage Foundation’s DeVos Center for Religion and Civil Society, once co-wrote an op-ed criticizing the Obama administration’s decisions—to let transgender students use the bathroom matching their gender identity and prevent doctors, hospitals, and insurance companies from discriminating against transgender patients—as being “driven by radical gender ideology.”
The memo marks the latest attempt by the Trump administration to restrict transgender rights. A month after Trump came into office, the Education and Justice departments rescinded Title IX guidance requiring that schools let students use bathrooms based on their gender identity. Under Education Secretary Betsy DeVos, the Education Department’s civil rights division has declined to investigate transgender student complaints over school facility access, a departure from the Obama administration. Last October, Attorney General Jeff Sessions issued a sweeping religious freedom guidance making it easier for businesses to discriminate against LGBT people and women.
Civil rights groups, which are lobbying against the administration’s changes, criticized the new memo. Sarah Warbelow, the legal director of the Human Rights Campaign, told the Times, “At every step where the administration has had the choice, they’ve opted to turn their back on transgender people.” 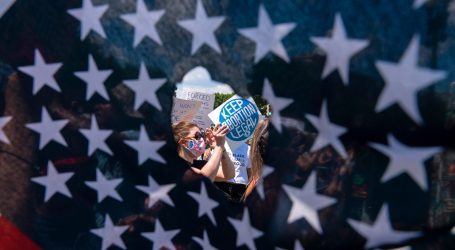 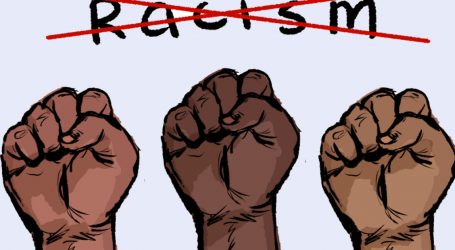 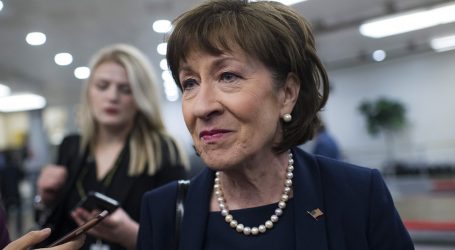