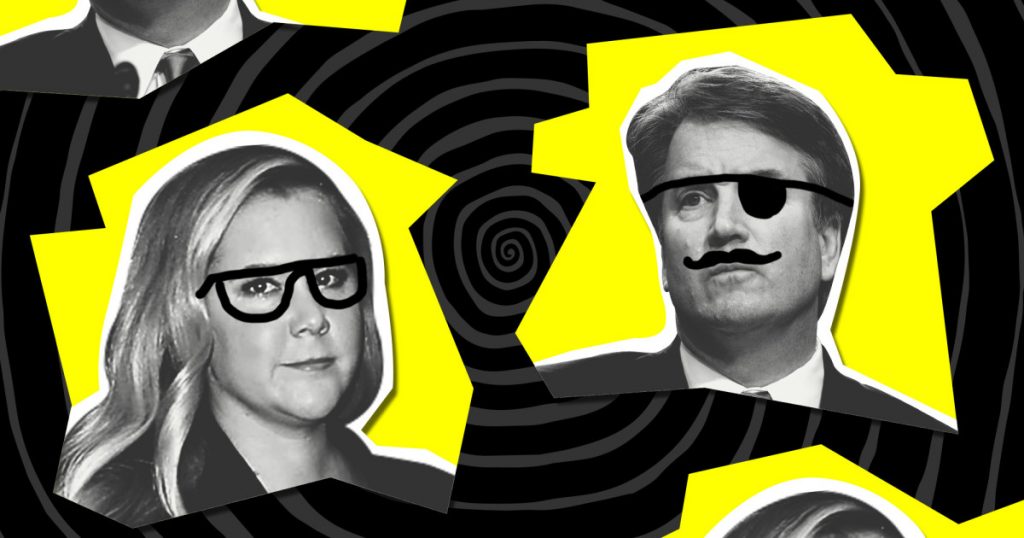 In one of the most contentious Supreme Court confirmation processes in recent history, mounting scrutiny of Judge Brett Kavanaugh’s personal history has been met with a backlash: a growing body of conspiracy theories meant to discredit his accusers. We rounded up some of the theories that the FBI probably won’t be investigating.

Arguably the most prominent theory to arise from the trial is one stemming from Ed Whelan, a conservative activist and former clerk to the late Justice Antonin Scalia, who alleged that Kavanaugh’s doppelganger was responsible for the assault on his accuser Christine Blasey Ford. Extrapolating from Ford’s account of the sexual assault, Whelan used Kavanaugh’s 1983 yearbook and publicly available information to track down a classmate who lived near where the incident took place. In a now-deleted Twitter thread, Whelan noted the alleged similarities between the two men’s appearances. Though Whelan was careful to say he did “not state, imply or insinuate that [the classmate] or anyone else committed the sexual assault,” he decided to post the identity of the classmate anyway.
The theory received a mixed reaction on the right but was quickly seized upon by the left as a potential scandal, given Whelan’s ties to Kavanaugh. Whelan was lambasted by critics on both sides of the aisle, and Ford herself debunked the claims, saying in a statement, “I knew them both, and socialized with [both]…there is zero chance that I would confuse them.”
Within 12 hours, the thread was deleted. Whelan apologized, but the criticism was enough for his employer, Ethics and Public Policy Center, to place him on leave.

This idea has a number of variants, including the notion that she’s being sponsored by Coca-Cola since the brand appeared all over TV when she sipped a Coke during her testimony. The most bizarre, however, is one conspiracy theory website’s insistence that Ford is played by actress Amy Schumer, a distant cousin of Sen. Chuck Schumer (D-N.Y.). The site compares the elementary-school pictures of the two women and presents a DIY biometric analysis comparing the two women’s features.
As for who is paying for an actress to play Ford, the theories range from Democratic heavyweights like the Clintons to the contributors to a number of GoFundMe campaigns launched in the past week in support of Ford.

Mistaken identity strikes again. National Review reporter John Fund circulated a rumor on Twitter that Deborah Ramirez, who has accused Kavanaugh of exposing himself to her at a dorm party at Yale, was the recipient of a fellowship funded by Democratic billionaire donor George Soros. While the award was real, the problem was that Fund had pinned down the wrong Ramirez. He quickly issued an apology on Twitter, but not before the idea caught fire.

Less than a week after Fund retracted his Ramirez claim, he was at it again, this time fingering Soros as the mastermind behind two liberal protesters who accosted Sen. Jeff Flake (R-Ariz.) in a Capitol elevator to share their stories of sexual assault. Fund discovered that one of the women, whom he credits with changing Flake’s mind, works for a nonprofit that receives funding from Soros’ Open Society Foundation and claimed that was proof that she was no mere “activist.” Fund stopped just short of actually accusing Soros of paying the woman to tell her story, but with the headline “Look who was behind the Jeff Flake elevator setup,” the implication of the 850-word diatribe was clear.  The suggestion has now picked up steam on Twitter, if Flake’s mentions are any indication.

This theory holds that the “deep state,” which some people on the far right suspect of trying to undermine President Donald Trump, brainwashed Ford into believing Kavanaugh had assaulted her(?). While it’s unclear which dark corner of the web this theory sprang from, it was widely popularized when Fox host Jeanine Pirro suggested that Ford was hypnotized into believing her accusations. Some propagators of this rumor place the blame specifically on the CIA.

Margot Cleveland, a former law professor and contributor to conservative outlets like the National Review, had a different spin on Ford’s hypnosis: It was self-induced. On Monday, Cleveland took to Twitter to play connect-the-dots, citing a research paper Ford co-authored in 2008 on the therapeutic benefits of hypnosis to claim that Ford could have created her own false memories. On Tuesday, Cleveland doubled down on the relevance of Ford’s experience with hypnosis in an op-ed demanding that Congress request Ford’s therapy notes in order to verify her testimony. Infowars has since picked up the conspiracy, managing to connect it with Ford’s alleged ties to a CIA training program.

This theory holds that Sen. Dianne Feinstein (D-Calif.), the top Democrat on the Senate Judiciary Committee, was aware of a similar set of allegations by Ford against Supreme Court Justice Neil Gorsuch. It can be traced back to a viral tweet by notorious pro-Trump troll Josh Cornett. As Media Matters reported, the story was quickly picked up by right-wing Twitter accounts, including the conspiracy news site Gateway Pundit and Fox News contributor Kevin Jackson. What Cornett’s tweet described as a “mystery developing” was more likely another rumor the known hoaxster had invented.

Peter Strzok, who was fired by the FBI in August for anti-Trump texts, is often characterized by the far right as a “deep state” agent in the war to undermine Trump. Strzok was brought into the Kavanaugh mix when rumors began to circulate that Ford’s brother used to work with a woman named Jill Strzok. While this woman happens to have the same name as Strzok’s wife, fact-checking site Snopes quickly stepped in to debunk any theories that they were related by marriage or biologically.

This might be more of a worldview than a conspiracy theory, but a number of right-wing radio talk show hosts have pointed to Satan, not Soros, as the mastermind behind Kavanaugh’s critics. We can’t dispute that this confirmation process has been hell.
Image credits: Mike Reed/Ace Pictures/ZUMA; Christy Bowe/Globe Photos/ZUMA; Getty 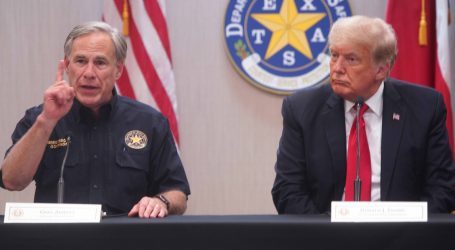 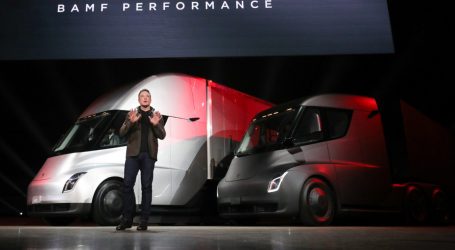