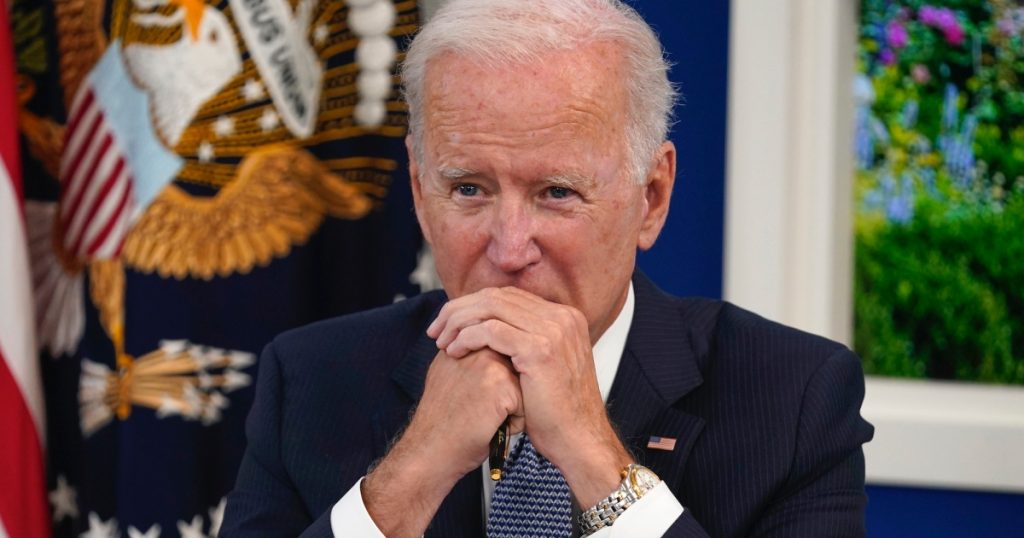 Fight disinformation. Get a daily recap of the facts that matter. Sign up for the free Mother Jones newsletter.By the time a group of progressive lawmakers entered the Oval Office to meet with President Joe Biden on Tuesday, the centerpiece of his climate agenda was all but dead. Sen. Joe Manchin (D-W.Va.) refused to back the Clean Energy Payment Program, a $150 billion initiative that would incentivize utilities to transition to clean energy. Democrats had pinned their hopes for cutting the country’s carbon emissions in half by the end of the decade to that program, which would have contributed to a third of that goal.
So progressives came bearing a stark warning: Replace the program with measures that achieve the same carbon reductions or lose their votes. Rep. Jared Huffman (D-Calif.) conveyed that point with “spirited but respectful” remarks to the president, in the words of a fellow lawmaker who was also present at the meeting. Huffman told the group he couldn’t support a deal that didn’t meet that target, and that some of the alternatives floated would be unacceptable. “It can’t just be throwing money at carbon capture and advanced nuclear and calling that a climate solution,” he told reporters at the Capitol on Tuesday night. “It’s not.”
As Huffman warned, not all investments are created equal. On Friday, 60 Democratic lawmakers from the House and Senate sent a letter to the president demanding his “unwavering support for significant additional investments in climate priorities to close the resulting emissions gap” in the absence of the Clean Energy Payment Program. Now, the pressure is on Biden and Democratic congressional leaders to find a suitable replacement.
This wasn’t where things were supposed to stand roughly a week out from Biden’s appearance at the UN international climate summit in Glasgow. Had Democratic lawmakers lined up behind their initial $3.5 trillion domestic spending bill, Biden would be on the world stage touting the passage of a legacy-sealing domestic agenda that would reverse the toll climate change is expected to take in the absence of swift, bold, international action. But centrist Democratic lawmakers have insisted that the price tag drop significantly, down to roughly $2 trillion, and have voiced concerns over the climate provisions. So instead, he is left with what amounts to an aspirational vision as protracted negotiations over the details continue in Washington.
Back in the spring, the White House unveiled a $4 trillion economic agenda that included an ambitious climate plan that would have devoted hundreds of billions of dollars to decarbonizing the American economy. Some of those ideas made their way into a $1.2 billion bipartisan infrastructure bill. The bulk of them ended up in a $3.5 trillion budget bill that would have cut climate pollution by 45 percent, according to an analysis from the office of Senate majority leader Chuck Schumer (D-N.Y.). By virtue of the budget process, this measure can pass with only Democratic votes.
But it needs every Democratic vote. Manchin, who chairs the Senate’s Energy and Natural Resources Committee, represents a state that derives nearly 90 percent of its electricity from coal and has received more money than any other sitting senator from fossil fuel industries. He’s argued that the country is already in the process of transitioning to clean energy—to throw money at a process that’s already underway, his logic goes, would be a waste. “I’m not going to sit back and let anyone accelerate whatever the market’s changes are doing,” Manchin told CNN. (The New Republic pointed out that utilities are only adding renewable energy capacity at a rate of two percent per year, a pace too slow to meet climate goals.)
Now, attention has turned to a menu of options for squeezing as much carbon out of the economy as possible. Progressive lawmakers and allied climate groups have expressed some enthusiasm for increasing funding allocated to tax credits for solar and wind power to drive down the cost of renewable energy. “That’s the biggest piece of the puzzle,” Jamal Raad, the executive director of Evergreen Action, a climate think tank that worked closely with lawmakers on the bill’s climate provisions, tells me. Another idea gaining momentum is to replicate the incentives of the Clean Energy Payment Program with so-called “challenge grants” that would encourage states to create their own clean energy standards.
Schumer is discussing a menu of options with his Democratic colleagues and has expressed confidence there are good options to get to the targeted carbon reductions, Democratic sources familiar with the conversations said. There’s disagreement between lawmakers and advocates as to whether any other options can deliver the level of decarbonization benefits the Clean Energy Payment Program promised. “None of these are really CEPP alternatives,” Raad notes. “The goal is to get as close to that carbon reduction as possible.”
Biden is still betting that his vision becomes reality. During a CNN town hall on Thursday night, he said he’s “presenting a commitment to the world” that the US will reach net-zero emissions on electric power by 2035 and “across the board by 2050 or before.” He promised that the $150 billion allocated to the Clean Energy Payment Program would be redistributed to other climate initiatives that would help meet that goal. Biden himself floated beefed-up clean energy tax credits, energy efficiency incentives, and infrastructure projects as alternatives. But the White House and congressional Democrats remain far from a deal. The party blew past a self-imposed Friday deadline to agree to a framework for the domestic spending bill.
“I urged the president, ‘Whatever the final state of this deal, we can’t walk away from 50 percent reduction by the end of this decade, or we’re off track and the world won’t take us seriously and we’ve got a planetary crisis,’” Huffman said. “He gets that, and he reaffirmed his commitment to that goal. But this is very unresolved on how you get there.” 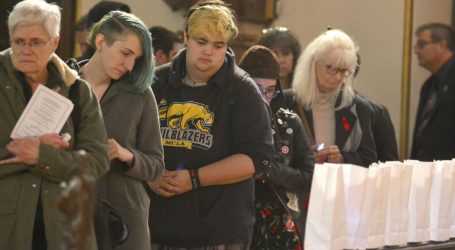 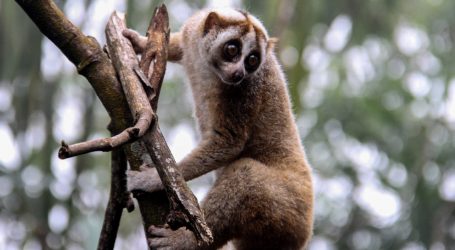