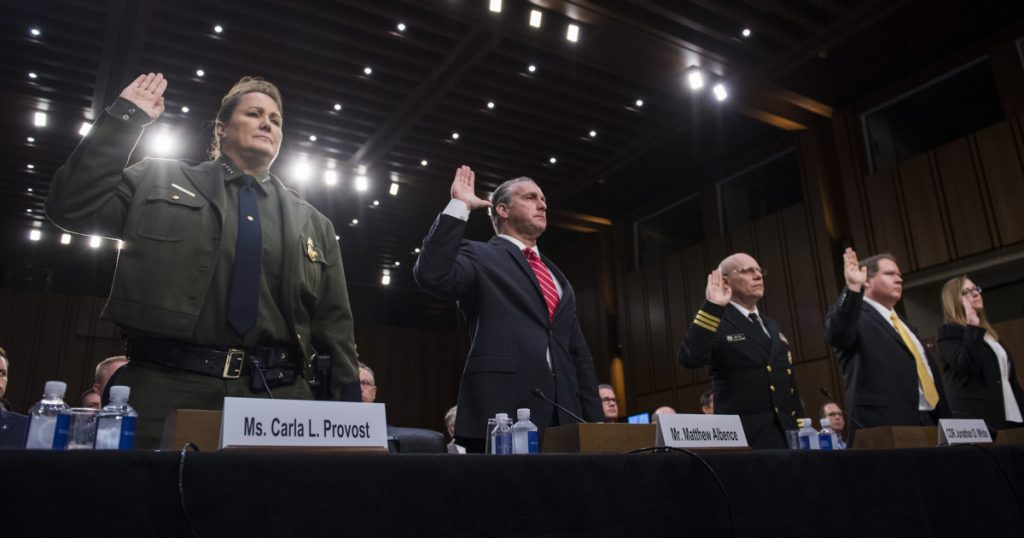 Administration officials testify before the Senate Judiciary Committee about reunifying families separated at the border.Tom Williams/CQ Roll Call/Newscom via ZUMA

After missing a court-imposed deadline last week to reunite families separated at the border, administration officials have an explanation for why they had so much trouble keeping immigrants parents and children together: It wasn’t their job.
Representatives from the departments of Homeland Security and Health and Human Services went before the Senate Judiciary Committee on Tuesday for heavy questioning about efforts to reunify families following a Trump administration policy that took migrant children away from their parents. As of last Friday, the deadline to reunite all families, nearly 1,000 of the 2,442 children who had been separated from their parents remained in government custody.
Sen. Patrick Leahy (D-Vt.) asked Carla Provost, acting chief of US Border Patrol, what instructions the administration had given her agency about preventing family separations in the months leading up to the Justice Department’s introduction of its zero-tolerance policy that led to widespread separations. “That is not an area that [Customs and Border Protection] deals with in any aspect,” Provost replied, adding, “The initiative was a prosecution initiative and our focus was on the prosecution.”
Leahy said it would have been easy to keep track of families by issuing matching ID bracelets to parents and children. “I mean, Chuck E. Cheese uses things like this to check parents and their children when they’re there,” he said.
Instead, CBP uses a registration system that notes in a child’s immigration file whether he or she was accompanied into the country by an adult and, if so, that adult’s immigration number. But Jonathan White, a public health official at the Department of Health and Human Services, told the committee that matching information across HHS and the various immigration enforcement agencies requires an extensive forensic data scrubbing process. As a result, he said, there are still “a few” children who have not been matched to their parents.
White said he had raised concerns within the administration about family separation before the zero-tolerance policy was announced but was told there was no plan to separate families. He said splitting up families can cause trauma, although he noted that HHS and Immigration and Customs Enforcement have collaborated to try to prevent the ongoing situation from creating more mental health damage for separated children. He also said HHS was not prepared for this situation, since it had never previously been responsible for reunifying families and had to operate in “an incredibly compressed timeframe.”
There’s another big hurdle to the system: Once parents are no longer in ICE custody—because they have been deported or released on bond—the agency has no way of tracking them. HHS would not disclose how many of the deported parents it has found after since the federal court order in June to reunite families. The administration officials testifying before the committee on Tuesday cited the order as the reason for ICE’s stretched resources and its inability to reunite families in time.
But Sen. Dick Durbin (D-Ill.) disagreed. “No, it was the result of this policy by this president,” he said. “Zero-tolerance policy was not created by this judge. The separation of 2,700 children from their parents was not the judge’s decision.”
As Mother Jones previously reported, as of even late July some parents are still being separated from their children at the border.
“It’s almost Kafka,” said Leahy. 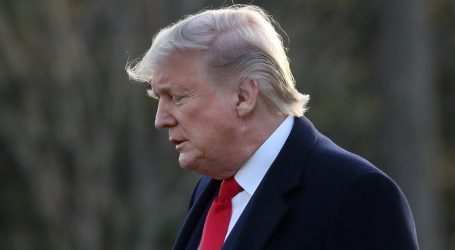 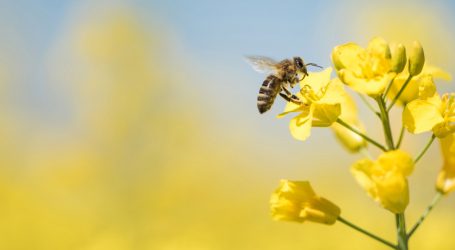