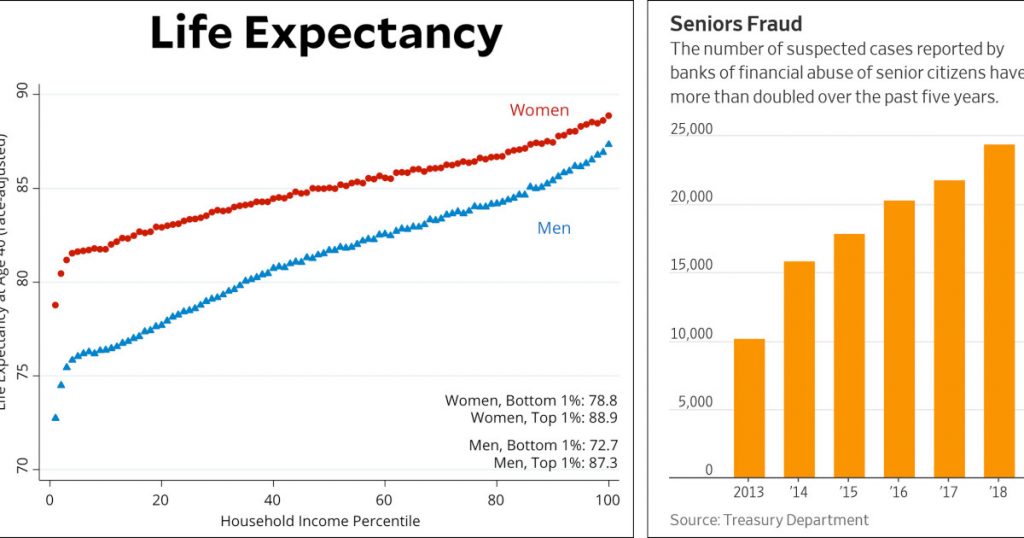 We are living longer and longer, and that’s especially true of those with higher incomes. It turns out there’s a big downside to that:
As we get older, the likelihood of dementia increases, and that makes us perfect prey for financial scammers. The Wall Street Journal reports today that financial scams against the elderly have more than doubled just since 2013:

The increase occurred as new federal and state laws are prompting banks to take a more active role in trying to address frauds and scams that target older customers. For their part, banks are beefing up training programs for employees on how to detect, stop and report issues without violating a customer’s privacy. Employees are even learning to recognize early signs of cognitive decline.
….Last February, a customer in her late 70s walked into a New Canaan, Conn. branch of People’s United Bank, asking to wire $30,000 to her grandson. The customer said he had been in a car accident while vacationing in Mexico. Suspecting what is known as a “grandchild scam,” Rebecca Reed, an assistant manager, instead suggested the customer call her grandson. It turned out he had been at school all day—not in Mexico.
“We can see it when something is not right,” said Ms. Reed, who has received a Fraud Fighter award from the bank.

Keep your eyes open for this. Your aunts, uncles, grandparents, and parents will thank you. 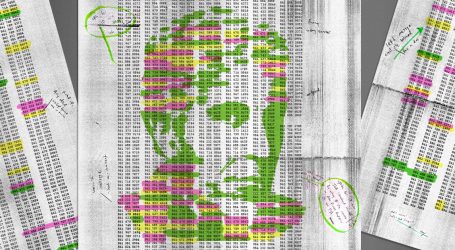 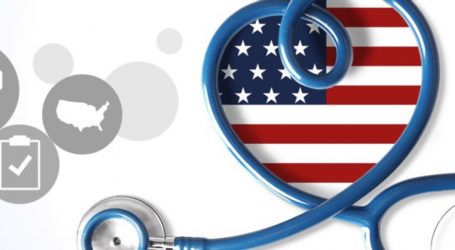 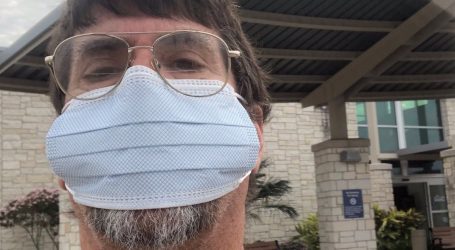