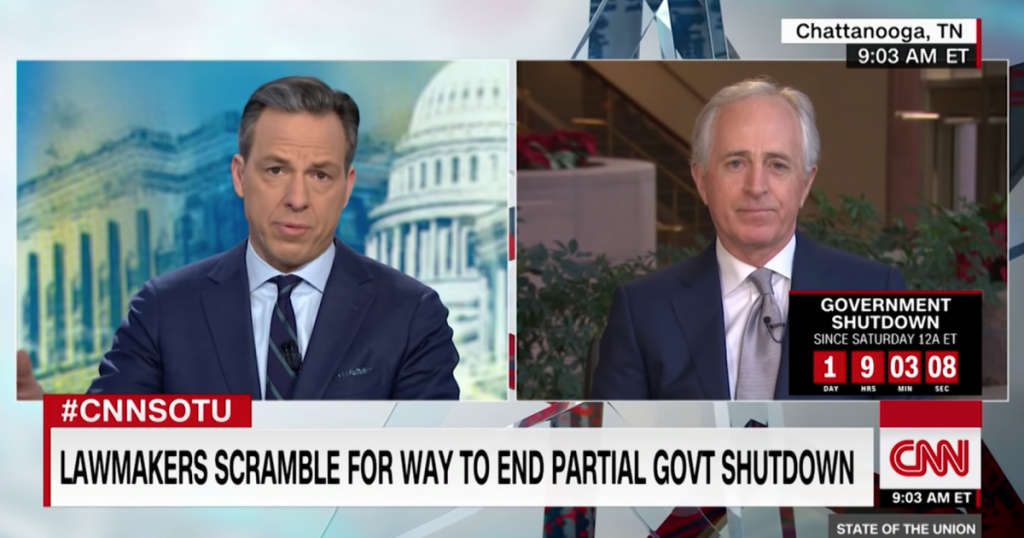 In a CNN interview Sunday morning, retiring Tennessee Senator Bob Corker (R) accused President Trump of shutting down the government for his own political gains, calling the shutdown a “purposefully contrived fight.”
“This is a made-up fight, so the President can look like he’s fighting,” the Republican senator told CNN’s Jake Tapper. “Even if he wins, our borders are going to be insecure.” Early Saturday, the government entered a shutdown because of a fight over funding for Trump’s border wall. The shutdown could possibly extend through the new year, according to Mick Mulvaney, director of the Office of Management and Budget and acting White House chief of staff.
Corker said that the president is likely refusing to make a deal so he can make border security a campaign issue in 2020. “This is like falling off a table,” Corker said. “The Democrats easily would support more border funding, border security… in exchange for dealing with the Dreamers, and Republicans want to deal with Dreamers.” Corker was referring to undocumented immigrants who are shielded from deportation through Deferred Action for Childhood Arrivals (DACA). The government briefly shut down last year largely due to disagreement over the fate of the program, which was left unaddressed in the final spending bill.
“This is something that is unnecessary. It’s a spectacle, and candidly, it’s juvenile,” Corker said. “The whole thing is juvenile.”
A few hours later, Trump tweeted:

Senator Bob Corker just stated that, “I’m so priveledged to serve in the Senate for twelve years, and that’s what I told the people of our state that’s what I’d do, serve for two terms.” But that is Not True – wanted to run but poll numbers TANKED when I wouldn’t endorse him…..
— Donald J. Trump (@realDonaldTrump) December 23, 2018

…..Bob Corker was responsible for giving us the horrible Iran Nuclear Deal, which I ended, yet he badmouths me for wanting to bring our young people safely back home. Bob wanted to run and asked for my endorsement. I said NO and the game was over. #MAGA I LOVE TENNESSEE!
— Donald J. Trump (@realDonaldTrump) December 23, 2018

As Bob Corker’s director of communications and others noted on Twitter, the president’s statements are not true: Trump told Corker he would have endorsed him if he had sought re-election, according to an October 2017 CNN article. Corker did not have a role in creating the Iran deal, and, in fact, vocally opposed it.
The Tennessee senator was quick to bite back, which makes sense, seeing as his time in the Senate is quickly coming to a close. 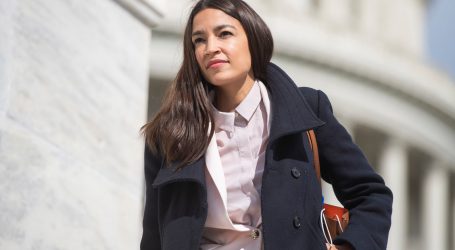 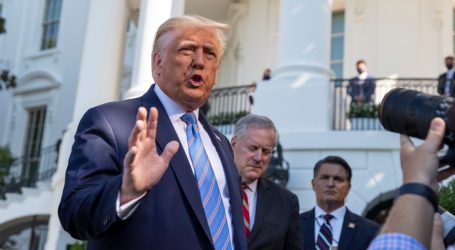