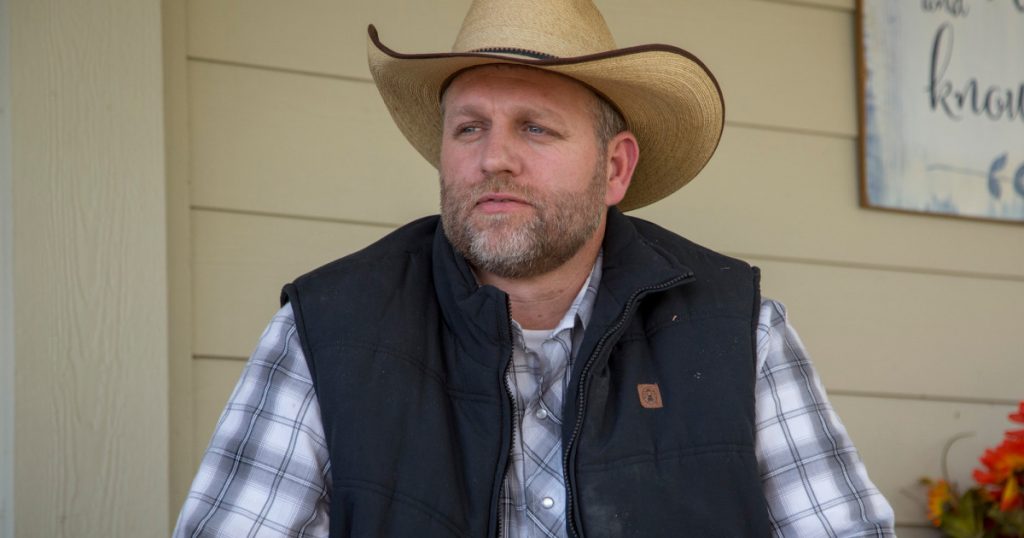 For indispensable reporting on the coronavirus crisis and more, subscribe to Mother Jones’ newsletters.It was only a matter of time before efforts to contain the coronavirus bumped up against the Sagebrush Rebellion.
Yesterday, Idaho‘s Republican governor Brad Little issued a self-isolate order closing all nonessential businesses in the state, banning all gatherings, and ordering a halt to unnecessary travel. The order was designed to prevent the community spread of the novel coronavirus, which has infected more than 123 people in Idaho so far. But the order has already stirred up a hornet’s nest from those who aren’t inclined to follow such a directive without a fight: Namely the Bundy family and their followers in the right-wing militia movement who have engaged in armed standoffs with the federal government in the past over attempts to enforce the law.
On Thursday, Ammon Bundy, one of Nevada rancher Cliven Bundy’s 14 children, posted a video on Facebook inviting people to a public meeting in Emmett, Idaho, where he lives, to talk about the coercive measures included in the governor’s self-isolate order. He read from the 11-page document, explaining that it would prevent people from gathering, riding a scooter, or traveling around the state. What’s more, law enforcement would be empowered to issue fines or even put violators in jail.
“The last time it was illegal to meet together as a people on this land was before the Revolutionary War,” he said. “Since we won our independence, it has never been illegal to assemble as a people.” Bundy then offered a brief tutorial on First Amendment rights and Supreme Court decisions acknowledging Americans’ “natural rights” to assemble peacefully.

“It does not matter what is most safe or not, what is good or not,” he said. “Because in this case, the government does not have the right to do what they’re doing. They do not have a right to restrict you from going to church, worshiping, having meetings, or being with your family, grieving with them. They do not have that right.” He compared the state government to someone trying to steal your backpack off a park bench; if that person is too big and you can’t fight back, you can call on others in the park to help you. “That is what we are doing today,” he concluded. “We are calling on you to help protect your own backpack and the very precious stuff you have in it.”
The Bundy family made similar online appeals for support back in 2014, when they engaged in an armed standoff with federal law enforcement officers who were attempting to move Cliven Bundy’s cattle off public land near his ranch in Nevada. Cliven Bundy owed more than $1 million in federal grazing fees that he hadn’t paid in two decades. Meanwhile, his cows, which were essentially feral, were menacing locals, wandering onto a local driving range, and munching through the Mesquite community garden. Militia members and other anti-government activists came from all over the country to defend Bundy, and some took up sniper positions on highways and aimed assault weapons at federal officers around the ranch. The Bureau of Land Management eventually backed off before causing any bloodshed. The cows remain a nuisance.
Two years later, Ammon Bundy also led the 2016 armed takeover of the Malheur Wildlife Refuge in Oregon to protest the prosecution of a pair of Oregon ranchers accused of arson on public land. He was charged with a variety of federal crimes for both episodes but was acquitted in Oregon. His Nevada case ended in a mistrial because of prosecutorial misconduct. Ammon has since moved to Idaho with his wife and six children.
The Bundy family seemed at one point to have fallen in with the pro-Trump crowd, as Trump embraced some of their issues, like returning control of federal land to the states and protecting Second Amendment rights. Trump also pardoned the ranchers whose case had set off the wildlife refuge takeover. But in 2018, Ammon Bundy announced that he was breaking with Trump over his anti-immigrant rhetoric aimed at migrant “caravans” coming to the southern border. Bundy criticized Trump for stereotyping migrants as “criminals” and “gang members.”
“But what about those who have come here for reasons of need?” he said in a video he posted online. “What about the fathers, the mothers, the children, who have come here and are willing to go through the process to apply for asylum so they can come into this country and benefit from not having to be oppressed continually by criminals?”
Ammon Bundy’s break with Trump and his defense of immigrants caused a major backlash from his followers in the “patriot movement.” At the end of 2018, he announced that he was leaving the movement, and he shut down his social media accounts. But Ammon has returned to the fray, and over the past two years, he has been involved in various land fights in the west. He’s also gone on the lecture circuit, giving talks about federal overreach. Over the last month, he’s posted numerous Facebook warnings about the evils of government-imposed quarantines and now he is turning those warnings into a potential confrontation. The meeting he is calling for likely violates the governor’s ban on public gatherings, which Bundy well knows. But, as he says in the video, “We’re not in any way trying to be rebellious or even civilly disobedient. We need to discuss these matters, and to decide how and what we should accept as a people.” 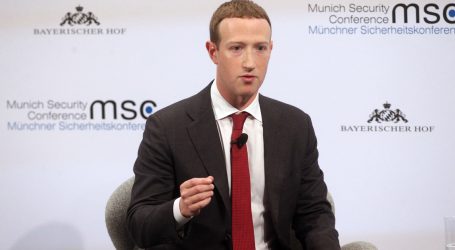 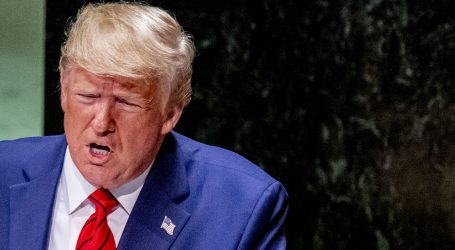