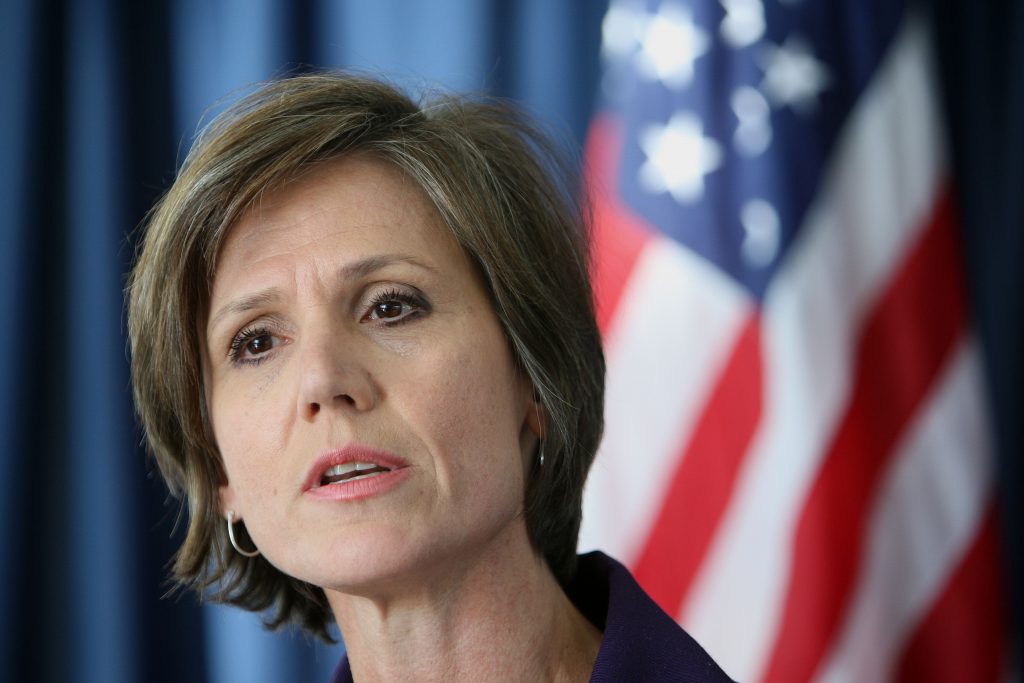 WASHINGTON — Sally Yates’ 10 days leading the Justice Department this January were incredibly eventful ones, as we’ve detailed here in the past.

The Georgia native has made a few public appearances since then, including a starring role in a blockbuster hearing before a Senate panel last month and a speech to Harvard Law School’s graduating class. She’s also given interviews ruling out a run for Georgia governor in 2018.

Yates is in Aspen, Colo., this week for the Aspen Ideas Festival, an annual confab in which “leaders from around the globe … engage in deep and inquisitive discussion of the ideas and issues that both shape our lives and challenge our times,” according to the event’s website. During a panel event yesterday, Yates gave one of the most detailed accounts yet of the events that led to her firing by the Trump administration for refusing to enforce the president’s executive order putting the country’s refugee program on hold.

The former Atlanta-based U.S. attorney described a chaotic four day period in which she and her top aides scrambled to understand a policy she was not given advanced notice of and her struggle to decide whether she should defend the action or just resign.

The Trump administration and several GOP senators previously suggested that partisanship motivated Yates’ decision not to enforce the ban.

Here’s Yates account of how she handed news of the travel ban:

Friday, Jan. 27 — Yates was in the car on the way to the airport when she got a call from one of her deputies in the later afternoon. She had just wrapped up a meeting with the White House’s top lawyer in which she warned that then-National Security Adviser Michael Flynn might have been “compromised” by the Russians and was heading back to Georgia to attend an event honoring her husband. Her deputy told her about a story on the New York Times’ website about the refugee order. “That’s how we found out about it at the Department of Justice — read about it on the internet,” Yates said. She said she was scrambling on the airplane to pull up information about the executive order on her iPad “so we could get some sense of what this was.”

Saturday and Sunday, Jan. 28-29 — Yates said she spent the weekend “trying to figure out what the heck is this thing and to whom does it apply.” She realized she would have to make a fast decision on whether the order was lawful since Justice Department lawyers would soon be summoned to court to defend the policy. In the meantime, she told her staff to defend the executive action on procedural groups but to hold back on the question of its constitutionality until she had a chance to shore up her position.

Monday, Jan. 30 — Back in Washington, Yates convened a meeting with Justice Department staffers that included career federal officials and Trump administration appointees. “We went around the table with my asking them, ‘alright, tell me why you think this is lawful. How are we going to defend this?’” Yates recounted. “At the end of that, I was not comfortable that it was in fact lawful or constitutional.” Yates said she pulled the senior-most Trump official aside after the meeting and told him she was “very uneasy with where we were.”

By that point it was the afternoon. Yates went back to her office, conferred with more people and “came ultimately to the conclusion that our defending this travel ban would require me to send lawyers of the Department of Justice into court to say that this ban had nothing to do with religion …. And I did not believe that to be a defense that was grounded in truth.” The decision before her then became whether to resign because she was going against the wishes of the president or direct the Department not to defend the travel ban. “I went back and forth on that,” she said. “The bottom line on that was I did not think I would be doing my job if I just essentially said ‘I’m outta here. You guys figure this out,’” Yates added.

She issued a directive to her staff in the late afternoon telling them not to defend the order “unless and until” she was convinced it was lawful. At roughly 9 p.m. she received a letter from the White House firing her. “Not surprisingly,” Yates said. “So that was that.”

In a statement announcing Yates’ ouster, the White House said “it’s time to get serious about protecting our country.”

“Calling for tougher vetting for individuals travelling from seven dangerous places is not extreme. It is reasonable and necessary to protect our country,” the announcement stated.

You can watch Yates’ remarks below. They begin at roughly the 15:00 mark:

Georgia 2018: Sally Yates rules out a run for governor next year

Who is Sally Quillian Yates?

Sally Yates: Martyr to the left, pariah to the right

Trump fires Sally Yates, the latest Georgian to defy him 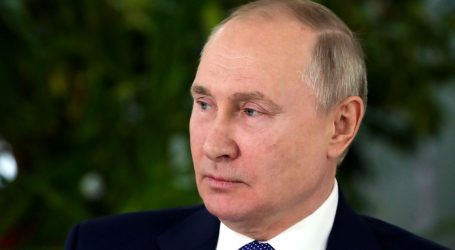 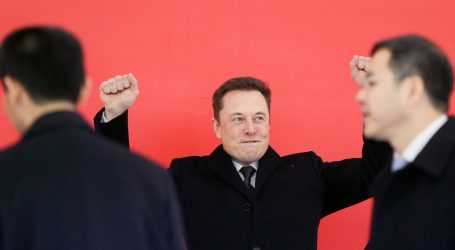