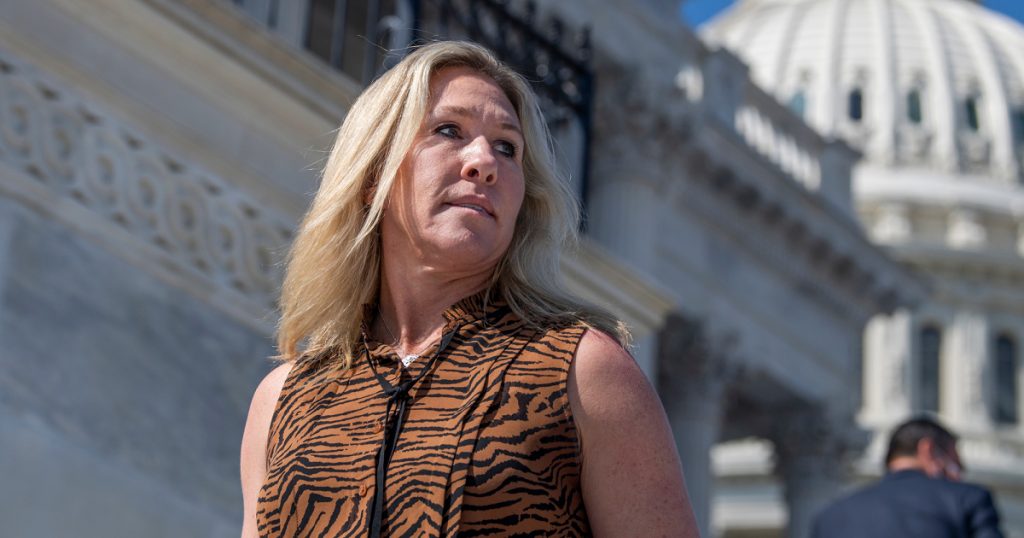 Let our journalists help you make sense of the noise: Subscribe to the Mother Jones Daily newsletter and get a recap of news that matters.UPDATE, 7:57 p.m.: After pushback, the American First Caucus has been, according to CNN, scrapped.
Congress might be getting a new caucus. What makes this one different? It explicitly favors white supremacist ideas. Reps. Marjorie Taylor Greene (R-Ga.) and Paul Gosar (R-AZ) are reportedly behind a new caucus to promote “Anglo-Saxon” values. A draft proposal for the caucus was first reported Friday by Punchbowl News. Unsurprisingly, it’s called the America First Caucus.
Greene has said the document was only a “draft” that she had not reviewed. But it appears it may still go forward. Congressman Matt Gaetz (R-Fl), who is under investigation for violating sex trafficking laws, tweeted enthusiastically about joining the caucus, tagging Greene. And Rep. Louie Gohmert (R-Tx) said he was “looking at” joining.

I’m proud to join @mtgreenee in the #AmericaFirst Caucus.
We will end wars, stop illegal immigration & promote trade that is fair to American workers.
This is just a hit piece from the America Last crowd in Big Media, Big Tech & Big Government.https://t.co/hjGiuSLwBW
— Matt Gaetz (@mattgaetz) April 16, 2021

Phrases like “western values” and “Anglo-Saxon” have been used to signal white nationalism for years. But the draft proposal for America First Caucus is barely concealed enough to be a dog whistle. “America is a nation with a border, and a culture, strengthened by a common respect for uniquely Anglo-Saxon political traditions,” the document’s immigration section reads. When it comes to education, the document says the group opposes teaching children history that undermines “America’s great history” and decries education that is “actively hostile to the civic and cultural assimilation necessary for a strong nation.” Though the 2020 elections were the most secure in the country’s history, the caucus espouses the so-called “big lie” that the election was stolen from Donald Trump. In response, the group “will work towards an end to mail-in voting, implementation of national voter ID and substantive investigations into mass voter fraud perpetrated during the 2020 election.”
The emergence of the new caucus will deepen problems for those Republicans who want to distance the party from Trump, the toxicity of the January 6 Capitol attack, and accusations of racism against the party. This reputation could also hinder members’ ability to raise money. According to the Wall Street Journal, Republicans who voted not to certify the 2020 election have seen a drop in corporate campaign donations.
The emergence of the caucus demonstrates how the Republican Party moving toward a white nationalist party, even as some of its members object. In 2019, Republican House leaders stripped Rep. Steve King of Iowa of his committee assignments for questioning why white supremacy was offensive. A statement that came after years of white nationalist talk and insults against immigrants. In 2021, just 11 Republicans voted to strip Greene of her committee assignments for past statements in support of racism, anti-Semitism, conspiracy theories, and advocating violence against House Speaker Nancy Pelosi.
Anti-Trump lawmakers were quick to denounce the new caucus. But House Minority Leader Kevin McCarthy didn’t exactly come out swinging. Rather than critique the group directly, he vaguely denounced the idea of white nationalism as a GOP value. “America is built on the idea that we are all created equal and success is earned through honest, hard work. It isn’t built on identity, race, or religion,” McCarthy tweeted. “The Republican Party is the party of Lincoln & the party of more opportunity for all Americans—not nativist dog whistles.”
But is that true if the new America First Caucus is tolerated? 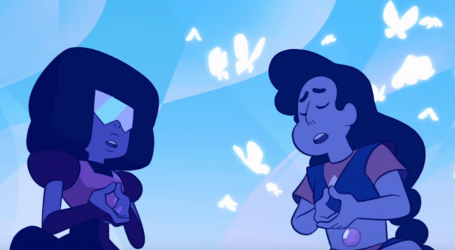 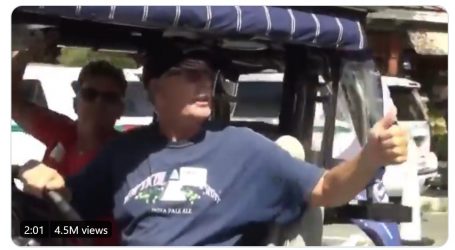 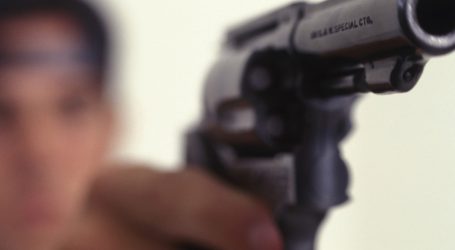