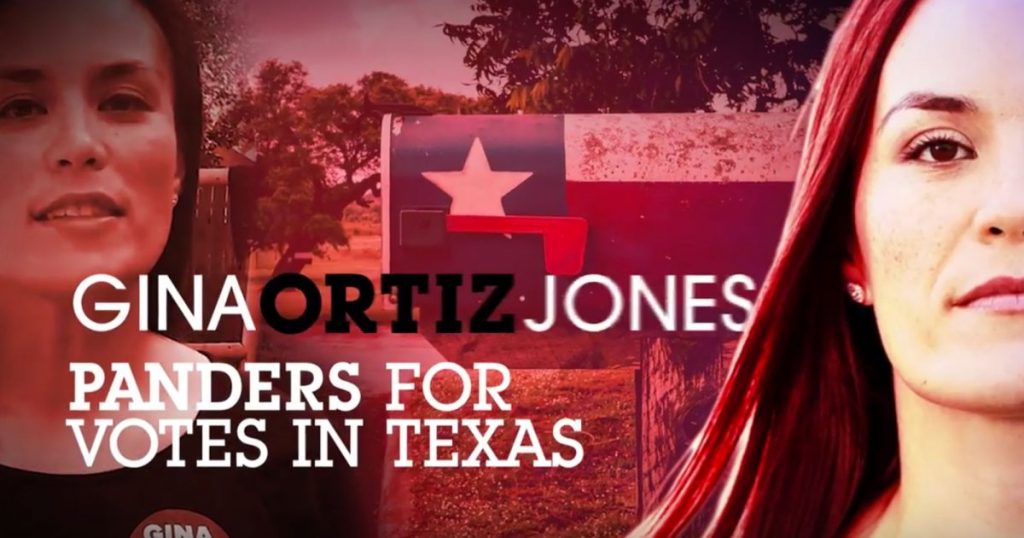 Control of the House of Representatives might be decided in Texas, where Democrats have a candidate in every district for the first time since the early 1980s, and have at least a prayer of flipping seats in a half dozen races. But prior to this year, there was only one true swing district in the heavily gerrymandered state—the 23rd District, which stretches from San Antonio to El Paso and is currently represented by second-term Republican Will Hurd. A majority of the district’s residents are Hispanic, and Hispanic voters in Texas lean Democratic.
Which helps to explain why the National Republican Congressional Committee would devote an entire 30-second ad toward Democratic challenger Gina Ortiz Jones’ middle name:

The Congressional Leadership Fund, a super-PAC associated with Speaker of the House Paul Ryan (R-Wis.), tried a similar approach with its own ad this week:

Ortiz Jones takes her middle name from her mother, Victorina Ortiz, a Filipina immigrant. (Her father—a Jones—was not a part of her life.) She does not describe herself as Latina, and she is upfront about her heritage. Indeed, if there is one thing people outside the district likely know about Gina Ortiz Jones, it is that she is vying to be the first-ever Filipina-American in Congress. (She would also be Texas’ first openly LGBT member of Congress—though by no means its first Air Force veteran.)
The implication from the ad is that Ortiz Jones is using her middle name to pander for votes among Mexican-Americans. In doing so, it reprises an issue that arose briefly in the Democratic primary. “We have some candidates and the district thinks that they’re Hispanic, because of a middle name, and they think that they’re going to elect the first Latina, and they’re mistaken, because this candidate is Asian,” one opponent, Angela Villescaz, said at a debate. Another insisted on referring to her, much like the NRCC and CLF, as Gina Jones. But her full name really is Gina Ortiz Jones, whether she’s always used it or not, and lengthening or shortening a name, for simplicity or familiarity or formality, is a classic candidate’s prerogative.
There is a certain irony here though, in the context of politics in 2018. Groups like the NRCC and CLF are scrubbing Ortiz Jones’ identity in one district, even as they’re spending hundreds of thousands of dollars to remind voters in Upstate New York that a Democratic candidate is black.
Hurd, for his part, has managed to ride out the possible Democratic wave better than most of his colleagues, in part by presenting himself as above the fray of partisan sniping. (And in part, no doubt, because national Republican groups, such as the NRCC and CLF, have spent vast gobs of money on his behalf.) He was one of the few Republican members of Congress to hold frequent town halls in 2017, when his colleagues were facing the full ire of progressive activists, and in a district carried easily by Hillary Clinton in 2016, he has declined to endorse Republican Sen. Ted Cruz in his re-election bid against Democratic Rep. Beto O’Rourke. A New York Times poll of the race this month gave Hurd an eight-point lead. 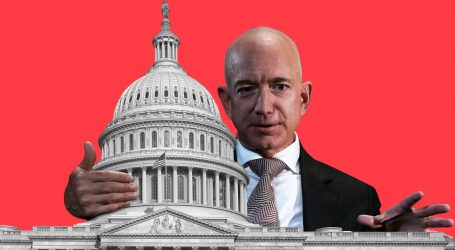 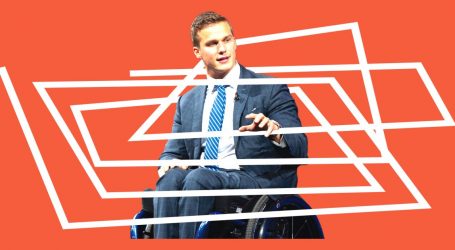