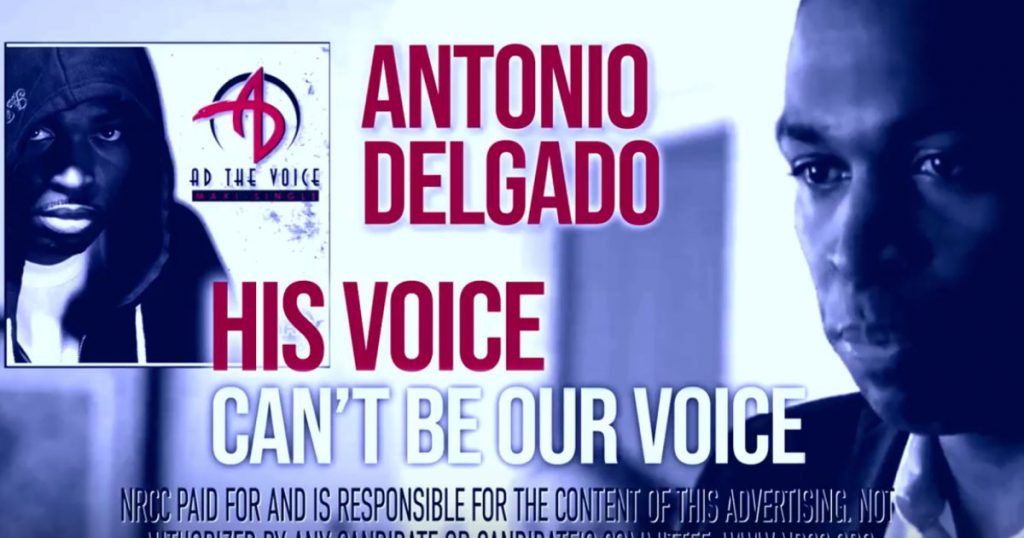 Antonio Delgado, the Democratic nominee for Congress in New York’s 19th District, was raised in Schenectady—just outside the district he aims to represent—and currently resides in the town of Rhinebeck, a few hours north of New York City. Before that, he lived in suburban Montclair, New Jersey. He has degrees from Oxford and Harvard Law School. He is also an African American man in a swing district that is 84 percent white, and the National Republican Congressional Committee wants everyone in the district to know he likes hip-hop.
On Friday, the NRCC aired a new ad describing Delgado as a “big-city rapper” and featuring decade-old photos of the candidate wearing a hoodie:

Delgado did release a rap album, in 2007, under the pseudonym AD the Voice. In a July story about his race against incumbent Republican Rep. John Faso, the New York Times reported Delgado’s songs “criticize capitalism and America’s history of racial injustice…include frequent use of a racial epithet common among black rappers, and criticize some of the founders as ‘dead presidents’ who ‘believe in white supremacy.’” It sounds a lot like the kinds of political views, in other words, you’d expect from a young, politically active black progressive.
But Republican campaign ads have emphasized the vehicle by which Delgado expressed himself as much, if not more, than the actual ideas he espoused. The Republican ad barage is deliberately focused on rap and, by extension, race. The new spot comes a week after the NRCC released this ad:

“Antonio Delgado claims he’s like us,” a narrator says, before a record-scratch segues to a discussion of his lyrics “as a rapper,” finally closing with the line, “His voice can’t be our voice.”
Identifying the Democratic candidate as “rapper Antonio Delgado” appears to be in style among Republican outside groups. Earlier this month, the Congressional Leadership Fund, a super-PAC associated with House Speaker Paul Ryan, put out its own ad about Delgado’s rapping, which it said “gave voice to extreme New York city values”:

And that followed on the heels of a similar CLF ad from August, which aired clips of Delgado’s songs it described as “mocking our values.” And before that, there was this spot.
The onslaught from the NRCC and CLF isn’t subtle—the voter who made this sign certainly understood it:

Spotted on 23B in Cairo… this reads just like a @realDonaldTrump tweet. Meet @DelgadoforNY19 and you will see that this sign is catagorically false #NY19 #FireFaso #BlueWave pic.twitter.com/HgWKRqQTD7
— Walter Dodson (@walter_w_dodson) September 16, 2018

Despite the attacks, Delgado could well take the seat; the most recent survey of the race had him up 2 points over Faso. But it’s a useful reminder that the kinds of racist attacks President Donald Trump made the centerpiece of his political campaigns aren’t just confined to Trump—the so-called adults in the room do it, too. 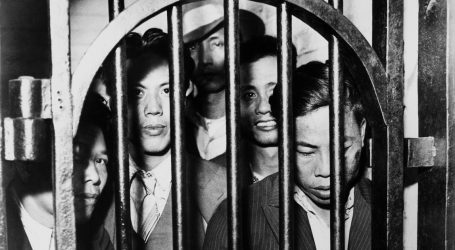 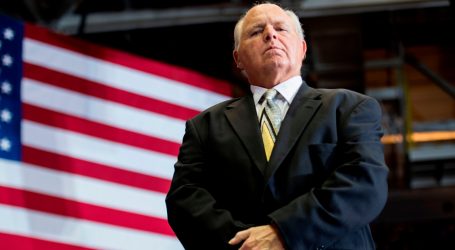