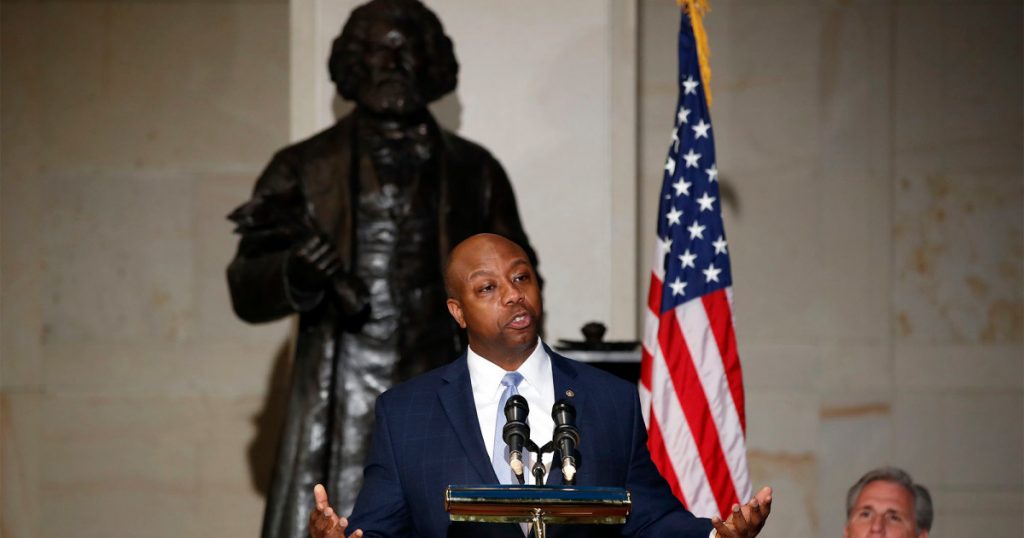 Senator Tim Scott (R-S.C.) on Thursday afternoon announced his opposition to Thomas Farr’s confirmation to a lifetime federal judgeship in North Carolina, effectively killing the controversial nomination.
Farr, who was nominated last year for a judgeship on the US District Court for the Eastern District of North Carolina, has long supported efforts to make it harder for minorities to vote. North Carolina’s GOP-controlled state Legislature hired Farr in 2013 to defend a sweeping set of voting restrictions that a federal appeals court ultimately struck down for targeting black voters “with almost surgical precision.” The North Carolina Legislature also hired Farr to defend redistricting maps for Congress and the state Legislature that have since been invalidated in court, with one federal panel calling the state legislative districts “among the largest racial gerrymanders ever encountered by a federal court.”
But it was Farr’s work for Jesse Helms that led Scott to oppose his nomination. As Mother Jones reported:

In 1984 and 1990, Farr served as campaign lawyer for Helms, whom the Washington Post‘s David Broder called “the last prominent unabashed white racist politician in this country.” In 1990, when Helms faced off against former Charlotte Mayor Harvey Gantt, the city’s first black mayor, the North Carolina Republican Party sent 125,000 postcards to predominantly African American households falsely telling them it was a crime to vote if they moved within 30 days of the election, with a punishment of up to five years in jail.
The Justice Department sued the Helms campaign, saying the postcards were designed “to intimidate and/or threaten black voters in an effort to deter such voters from exercising their right to vote.” The lawsuit said officials from the Helms campaign and the state Republican Party had discussed the mailing with “an attorney who had been involved in past ballot security efforts on behalf of Senator Helms and/or the Defendant North Carolina Republican Party.” The Raleigh News & Observer later identified that attorney as Farr.

Farr told the Senate he didn’t learn about Helms’ voter suppression efforts until after the election, but Justice Department documents show he was intimately involved in formulating them. A Justice Department memo from 1991 released this week said Farr was “the primary coordinator of the 1984 ‘ballot security’ program” for Helms, which included “a postcard mailing to voters in predominantly black precincts which was designed to serve as a basis to challenge voters on Election Day.” The memo also confirmed that Farr was involved in Helms’ 1990 disenfranchisement scheme and that he convened a meeting with campaign officials in which they “reviewed the 1984 ‘ballot security’ program with an eye toward the activities that should be undertaken in 1990.”
Scott cited this Justice Department memo as the reason for opposing Farr. “This week, a Department of Justice memo written under President George H.W. Bush was released that shed new light on Mr. Farr’s activities,” Scott said in a statement reported by The State newspaper in Columbia, South Carolina. “This, in turn, created more concerns. Weighing these important factors, this afternoon I concluded that I could not support Mr. Farr’s nomination.”
In a statement, Senate Minority Leader Chuck Schumer (D-N.Y.) said, “Senator Tim Scott has done a courageous thing, and he’s done the right thing. Thomas Farr has been involved in the sordid practice of voter suppression for decades and never should have been nominated, let alone confirmed to the bench. Thankfully, he won’t be.”
Sen. Jeff Flake (R-Ariz.) had already said he opposed Farr’s nomination, depriving Republicans of the votes needed to confirm him. On Wednesday, the Senate split 50-50 on a procedural vote to advance the nomination, with Scott voting in support, and Vice President Mike Pence had to step in to break the tie. Without Scott’s support, the confirmation will fall short of a majority. It remains to be seen whether President Donald Trump will re-nominate Farr when the Senate reconvenes next year with a larger Republican majority. 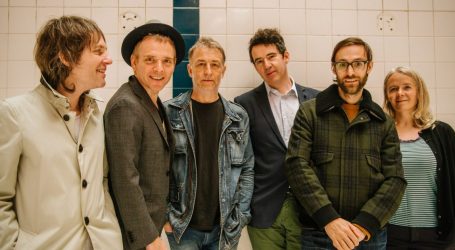 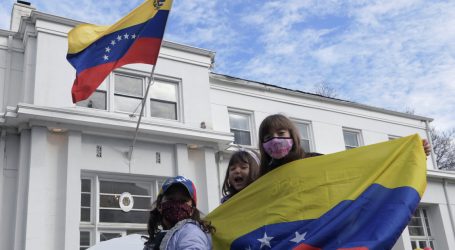