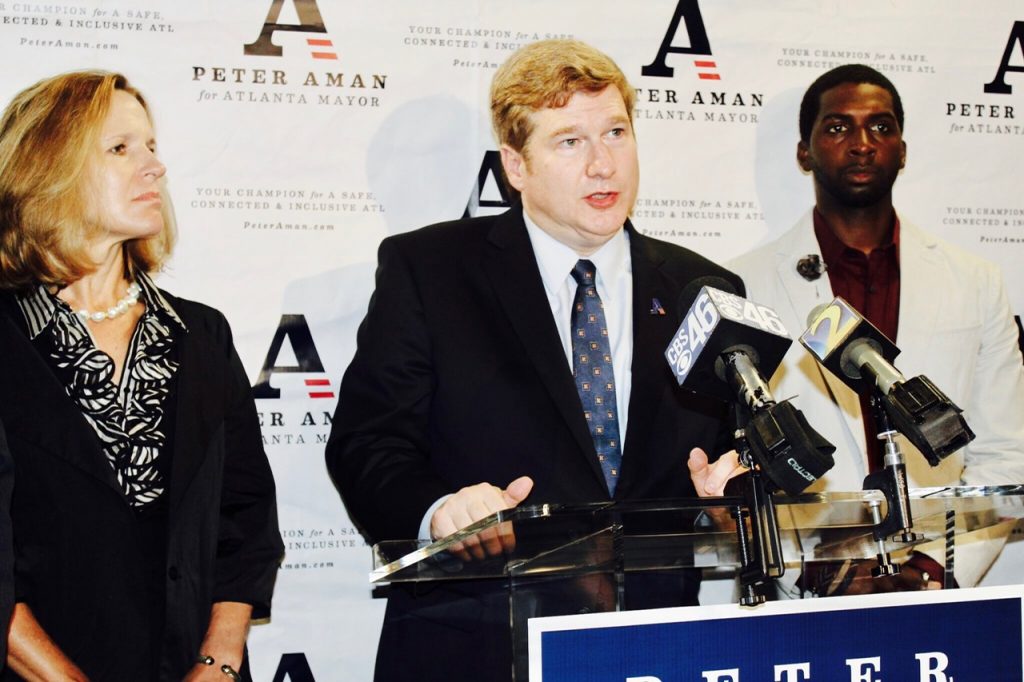 It was a gutsy political gambit and a potential game changer. Peter Aman, a City Hall veteran and political novice, kicked off his Atlanta mayoral campaign in July at the historic Odd Fellows Building on Auburn Avenue, by boldly declaring that “race frames this election.”

And at a breaking news conference recently, he blatantly reaffirmed that aggressive assertion when he criticized The Confederacy and called for the renaming of Atlanta’s Confederate Avenue and the removal of Confederate symbols in the city.

“I was and remain outraged by the terrorism, racism, bigotry and anti-Semitism displayed in Charlottesville,” Aman said.  “I’m standing here as a white male speaking out against the vitriol we are witnessing in this country. So why am I speaking out?  I’ve said from the start of my campaign that the issue of race frames this election.  We like to say that Atlanta is the city too busy to hate, but for many this statement is divorced from reality.  For them we are the city too busy to love.”

Aman is one of three white Atlanta mayoral candidates and his wife of 23 years, Lisa, is Jewish. The businessman and civic leader who formerly “ran the day-to-day-operation of the city” as Mayor Kasim Reed’s Chief Operation’s Officer, has decided to get tough on the Confederate statue and corresponding slavery issue. He’s rolled the dice in a moxie move that could prove politically beneficial or backfire.

“I am calling on us all to remove and put in proper historical context the monuments to the Confederacy, and rename Confederate Avenue. We need to address this issue,” Aman said.  “This is not going to be easy to discuss, but we need to have these hard conversations.  We must stand up and speak out about racism, anti-Semitism, and every other manifestation of hate.  We must reject fear and embrace love.”

His opponents have seemingly flinched.  The eight others have not been as forthright publicly; preferring instead apparently to reserve judgement on the issue until a consensus is reached after consultation with community stakeholders.

“It is a sad day when the black community has to seek community leadership from non-black candidates,” opines Atlanta Attorney Robert Patillo, a provocative political pundit and CBS radio talk show host at WAOK AM. “The cowardly nature of the black candidates when it comes to opposing the corporate elite and advocating for the black community is why our churches are now buried by stadiums and economic development has not reached our communities.”

Aman realizes that some people vehemently and violently dispute the causes of the Civil War, but argues that he’s under no such confusion or delusion. Confederacy was about slavery, he contends.  It was about how people, especially Black people, feel when they walk down or drive down Confederate Avenue here in Atlanta – in the same city that was the cradle of the Civil Rights Movement, he maintains.

And, despite the potential political pushback or consequences, Aman says, he is not afraid to say so.

“If you look at the history, if you look at the documents of the day it is quite clear,” he argues. “States’ Rights was directly about slavery. The Vice President of The Confederacy [Alexander Stephens of Georgia] said, ‘The Confederacy’s cornerstone rests upon the great truth that the Negro is not equal to the white man. That slavery, in subordination to the superior race, is his natural and moral condition.’  That’s pretty clear about what the word Confederacy means. And, so in Atlanta, we have Confederate Avenue.  That’s why I am proud to call for the renaming of Confederate Avenue, and the removal and placement in museums of any pro Confederate monuments or statuettes. They are part history, and that part of our history needs to be known.”

Civil Rights icon and former Atlanta Mayor Andrew Young downplays the significance of removing “symbols” of the Confederacy, rather he asserts politicians should instead focus on substantive issues.

“I am, and have been throughout my career, focused on substance.  I believe we need to advance Atlanta together on many substantive dimensions,” Aman replied to this reporter. “I also know and believe that symbols matter, and they matter to people in separate ways. Clearly the issues of symbols have taken on, for a variety of reasons, a whole other level of importance [since Charlottesville].”

Esteemed community activist Steven Muhammad also does not see any benefit that accrues to the black community by removing Confederate statutes, but he salutes Aman’s shrewd political strategy.

“Peter is going to win the day in the mayoral campaign regarding the race issue in Atlanta because of his up-front emphasis on it,” Muhammad opines. “Because it will likely galvanize the white and black vote in decidedly separate ways. I want Peter, and all the mayoral candidates, to concentrate on how to make Atlanta better for poor blacks and poor whites.  That’s my race issue, and it’s not being discussed.”

It should be noted, adds Aman’s campaign director Fred Hicks, that, in addition to discussing race, “Aman is pushing on a number of issues, including affordable housing, homelessness, transportation and his signature issue, education. In his campaign kickoff speech, he said he wants to be known as ‘The Education Mayor.’”

Aman’s strident stance on race and Confederate symbols is not without its critics.  Some say he is hammering away at race and making it an issue merely as a political ploy to upstage his opponents and win votes.  To that charge, he says. “It’s pretty stupid to say that,” he said brusquely to a reporter’s question.

“Pretty much every day since I’ve been running I’ve had somebody bring up the issue of race,” Aman continued.  “Sometimes it’s a white person that says, ‘You know we really need a white person now in the mayor’s office.’  Sometimes, it’s an African American who says, ‘I like you Peter but I really believe a black person should lead Atlanta.’  And, I know these conversations are happening to other candidates, they’re just not willing to talk about them because honestly this is a complicated subject to talk about. I’m sure I will be criticized for having this conversation, and I don’t want to make race the only issue. So, while I respect my colleagues who are running for office, I just think that they are flat out wrong when they say we shouldn’t talk about this.” 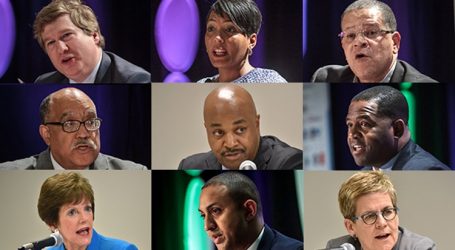 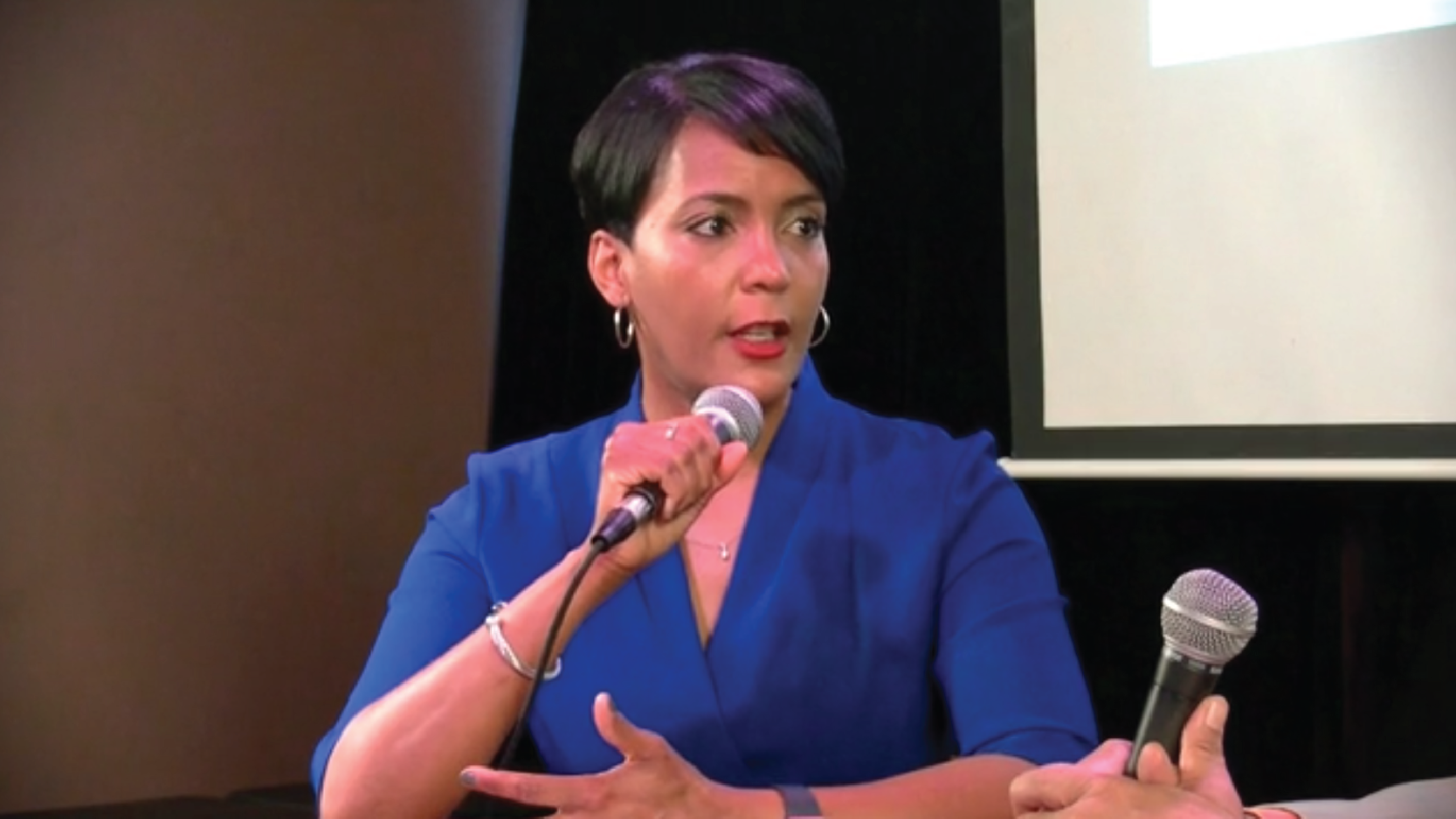 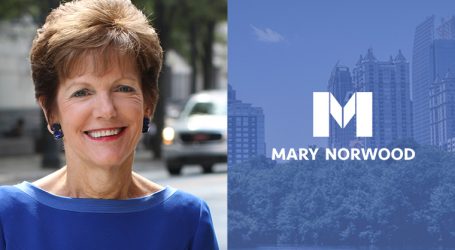