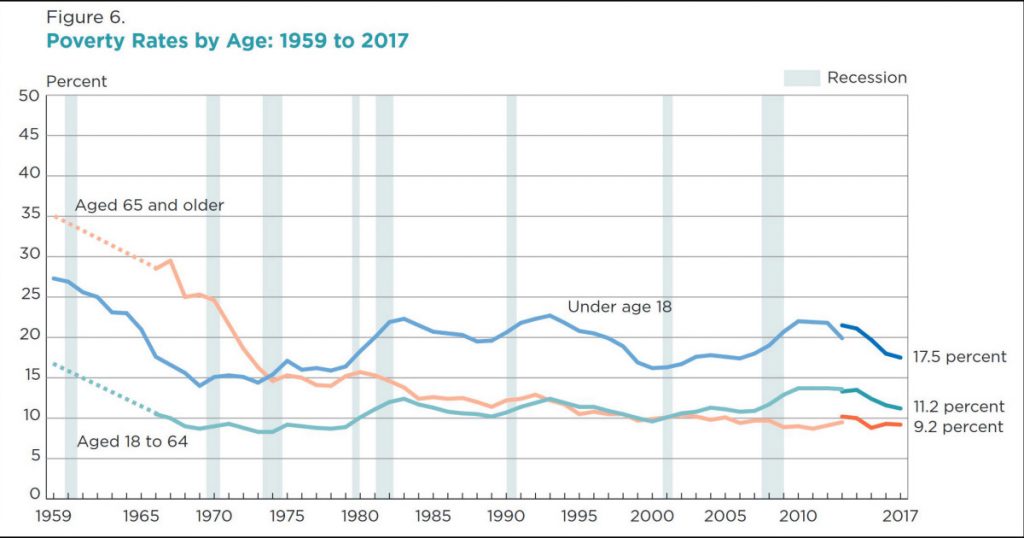 New poverty figures for 2017 are out today along with the new income figures, and there are no surprises: the poverty rate decreased 0.4 percentage points, just as you’d expect during an economic expansion. However, it’s worth showing the poverty rate by age, since it seems to be an endless source of misinformation:
Yes, that orange line is correct: ever since 2000, the elderly have had the lowest poverty rate in the nation. That includes the entire period of the Great Recession, and every year since.
Our biggest poverty problem is not among senior citizens. Our biggest poverty problem is, first, among children, and second, among working-age adults.¹ That’s where our attention should be most heavily focused.
¹The Supplemental Poverty Measure tells a somewhat different story, but even the SPM says that poverty is more widespread among children than among the elderly. 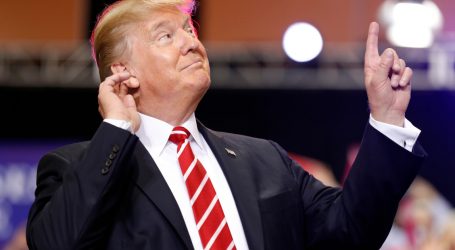 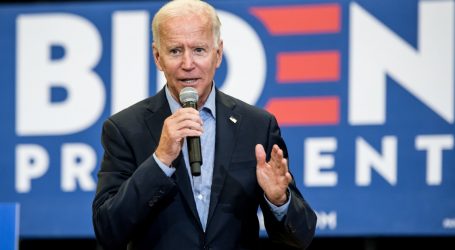 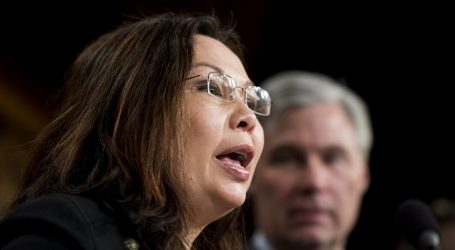