Can I vent a little? Thanks. It’s become almost conventional wisdom among liberals these days that the US Senate is flagrantly unfair and undemocratic because of its built-in bias toward Republicans. Why, Republicans control the Senate with seats that represent less than half of all Americans! It’s become something of an all-purpose excuse for Democratic losses of the past few years, and it needs to stop. First off, here’s a chart showing control of the Senate since World War II:
Over the past 75 years, Democrats have controlled the Senate 24 times compared to 13 for Republicans.
But wait. Most of that is ancient history. How about counting since 1980? Then it’s 11 to 9 in favor of Republicans.
But wait again! Really, we should count since the Gingrich Revolution delivered the South fully into the hands of Republicans. If we do that, it’s 8 to 5 in favor of Republicans.
These are hardly tremendous odds against Democratic control. But of course this is just background. The real complaint is that the Senate favors small states—which is true—and thus favors Republicans—which isn’t. There’s nothing about a small population that automatically makes a state Republican. Delaware’s Senate delegation is Democratic. Oregon is Democratic. Hawaii is Democratic. New Mexico is Democratic. Ditto in reverse for big states: Texas is Republican. Florida is Republican. Ohio is Republican. Georgia is Republican.
It’s not size that matters. What makes a state Republican is simple: conservative voters. Or, in any case, voters who are more conservative than your average Democrat. So what do you do if you want to win more of these states? The same thing political parties have been doing for millennia: You appeal to the people in these states with policies that they like.
But for some reason the loudest contingent of liberals these days seems to think this is an outrageous burden. The problem is that US politics over the past few decades has become less and less about economic issues and more and more about social issues, and that makes elections into moral crusades. And that, in turn, means that compromise is all but impossible. As recently as a decade ago, for example, Senate Democrats unanimously supported the “Gang of Eight” compromise immigration bill. Today it’s unlikely a similar bill would even attract a majority of Democrats. In fact, many of the immigration plans that were floated during the Democratic primary this year came within shouting distance of supporting open borders.
Democrats could obviously win more swing states if they wanted to, but it would mean making compromises on hot-button social issues like abortion, guns, police, religion, immigration, and so forth. Instead, the party has moved left on these issues and activists are now infuriated that it’s paying a price among center-left voters in swing states.
But that’s politics. Sure, small states tend to be more rural, which makes them generally more conservative. That’s a plus for Republicans. On the other hand, the United States is becoming steadily less white, which is a plus for Democrats. Both parties have lots of headwinds and tailwinds. There’s nothing new about this.
So please, for the love of God, stop whining about how unfair the Senate is. The Senate isn’t going away, and that’s that. What’s more, liberals have done just fine in the Senate over the past century, and they’ve done it the old-fashioned way: by running on policies that appeal to more people in more states than the other guys.
There’s no law that says we can’t do that again. The only law is the one that says you have to accept a tradeoff between your ideal policy preferences and your desire to win the most voters. This is not even Politics 101. It’s more like Politics As Practiced Since the Wheel Was Invented. And it’s the only guaranteed way to win. 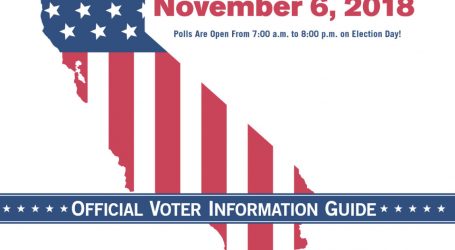