President-elect Donald Trump’s plan to build a wall along the nation’s southern border may soon come to fruition. According to reports, his transition team is calling on GOP congressional leaders to fund the creation of a wall along the Mexican border as soon as April. Trump initially said that he wanted Mexico to pay for the construction of the wall, but now he’s proposing that the U.S. front the funds and have Mexico reimburse our country. Trump took to Twitter on Friday to defend his plan. “The dishonest media does not report that any money spent on building the Great Wall (for sake of speed), will be paid back by Mexico later!” he tweeted. Under the Secure Fence Act of 2006, which was implemented to secure the country’s border patrol, Trump may have the authority to move forward with his plans. Read more.

Michelle Obama will make her final remarks as First Lady on Friday at the White House. She is scheduled to deliver a speech at an event that will honor the 2017 School Counselor of the Year. The event will recognize school counselors from all 50 states that were selected by the American School Counselor Association. There will be a panel that features Education Secretary John B. King Jr., former Education Secretary Arne Duncan, First-Generation Baltimore Founder Verlando Brown, actress Connie Britton, and the 2016 School Counselor of the Year recipient. During her time in the White House, FLOTUS has been a major advocate for higher education. In 2014, she launched the Reach Higher initiative in efforts to encourage high school students to pursue a college education through providing vital resources. Read more.

The sentencing phase for Dylann Roof, the man responsible for the Charleston massacre, began on Wednesday and he hasn’t shown an ounce of remorse towards the loved ones of those that he murdered. According to a court filing Roof, 22, believes that it’s “not fair” for him to hear the testimonies of his victim’s family members. “If I don’t present any mitigation evidence, the victim-impact evidence will take over the whole sentencing trial and guarantee that I get the death penalty,” he wrote. Roof has been convicted of 33 hate crime charges. His future lies in the hands of a jury who will decide whether he should get the death penalty or life behind bars without parole. Read more.

An effort by GOP congressional leaders to defund Planned Parenthood could conflict with their plan to repeal Obamacare because two GOP senators have expressed their disapproval of the anti-abortion measure. On Thursday, House Speaker Paul Ryan shared that Republicans will fight to stop federal funding for Planned Parenthood as a step towards pulling apart the Affordable Care Act. Senators Susan Collins and Lisa Murkowski, who are both pro-choice, have decided not to back the Obamacare repeal if Planned Parenthood will be defunded. “I’m going to wait and see what happens,” said Sen. Collins. “Obviously, I’m not happy to hear the speaker wants to include defunding of Planned Parenthood, an extremely controversial issue in the package.” Senator Murkowski says she’s still analyzing the issue. For the Obamacare repeal to be passed through the Senate, there needs to be at least 50 supporters. Read more.

A new biopic about the late legendary tennis player Arthur Ashe is in the works. The film, which is being produced by Russell Ackerman, Russell Hollander, and John Schoenfelder, will capture the highs and lows of his tennis career, his battle with HIV, and his mission to spread awareness about AIDS through his Arthur Ashe Foundation. Ashe was the first and only African American man to win the men’s singles title at Wimbledon, the first Black person to be selected to compete at the U.S. Davis Cup during the Civil Rights era, and the first African American tennis player to be ranked No. 1 in the world in 1968 and 1975. Ashe contracted the HIV virus from a blood transfusion. He lost his battle with AIDS in 1993. There is no word on when the biopic will be released. Read more. 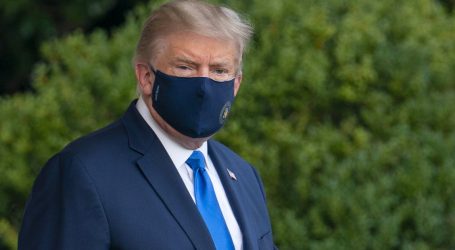