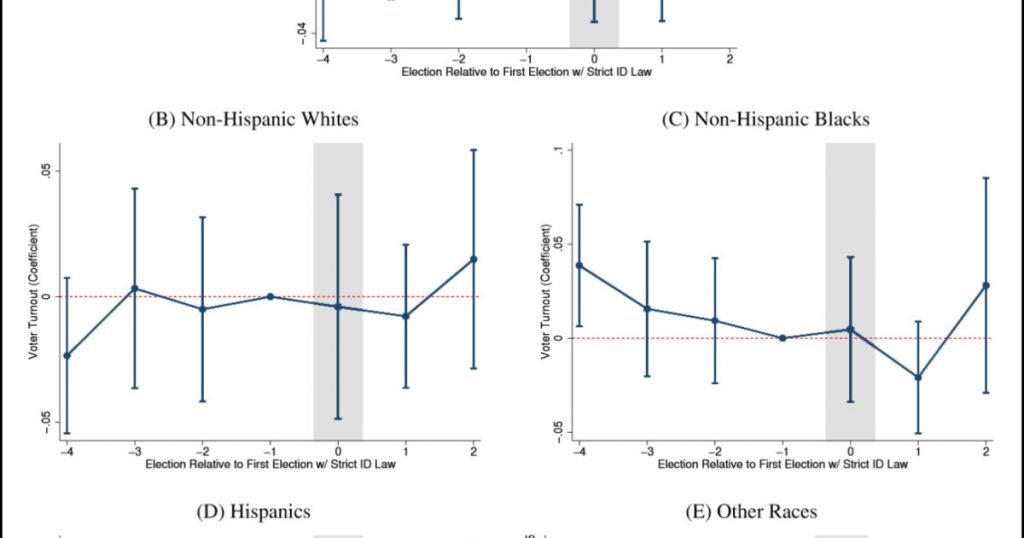 Enrico Cantoni and Vincent Pons have a new paper out on the effect of voter ID laws. Everyone will hate it:
We find the laws have no negative effect on registration or turnout, overall or for any group defined by race, gender, age, or party affiliation….ID requirements have no effect on fraud either – actual or perceived. Overall, our results suggest that efforts to reform voter ID laws may not have much impact on elections.
Naturally you want to see this in chart form. Here it is:
This paper adds to a growing literature that suggests voter ID laws have, at most, a very small effect—and quite possibly no effect at all. If you’re a Republican, this is bad news because you’ve been wasting a lot of time and money trying to repress the votes of Democratic-leaning groups, and apparently it doesn’t work. If you’re a Democrat, this is good news on two fronts. First, it means voter ID laws probably aren’t reducing Democratic turnout after all. Second, it does nothing to rebut the abundant evidence that blacks and Hispanics were the target of these laws, regardless of whether they worked. The fact that Republican leaders are incompetent racists makes them no less racist. 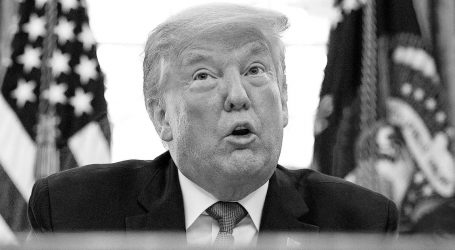 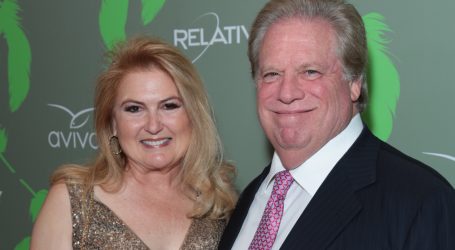