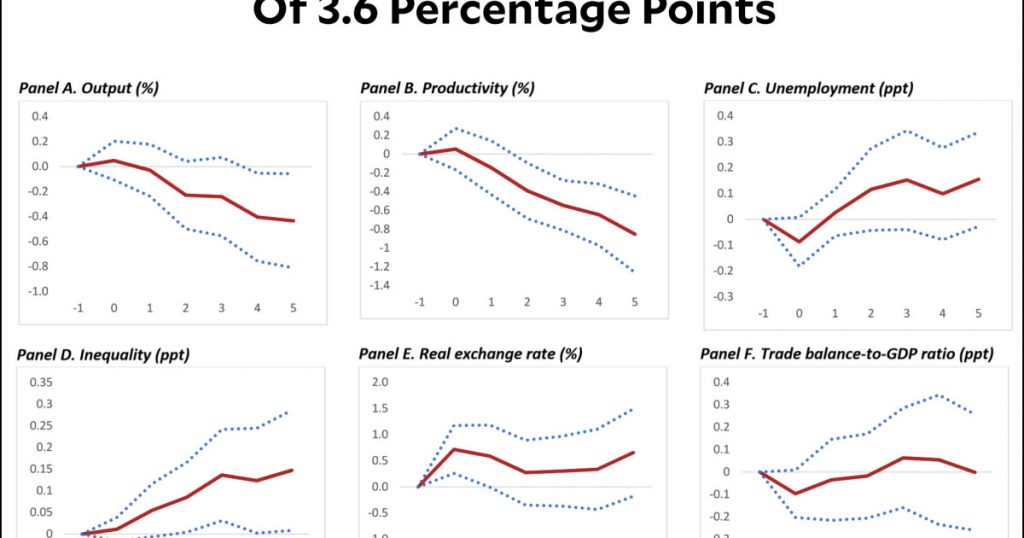 It’s been awhile since I renewed my neoliberal shill membership, so let’s do that today. Over at NBER, a quartet of authors examine evidence from the past half century about the effect of raising and lowering tariffs. Why? They claim it’s because no one has done this before. Lots of economists believe tariffs are bad, but no one’s looked at the empirical evidence to verify this in the real world. “Filling this gap is the chief objective of this paper,” they say.
That sounds great. So what did they find?
In other words, increasing tariffs results in lower GDP and lower productivity, higher unemployment, and no change in the trade deficit. This is exactly the opposite of what Donald Trump wants.
Now, my guess is that his tariffs will have a fairly small effect. For one thing, his tariff increases as a percentage of total trade are barely noticeable, and as a percentage of US GDP they’re microscopic. Still, to the extent they have any effect at all, it’s almost certain to be negative by virtually every measure.
POSTSCRIPT: The authors break down the data in various ways, including separate calculations for developing and advanced economies. The charts above show the overall results, but they’re nearly identical to the results for advanced economies on their own. That makes them suitable as estimates for the effect of tariffs on the US. 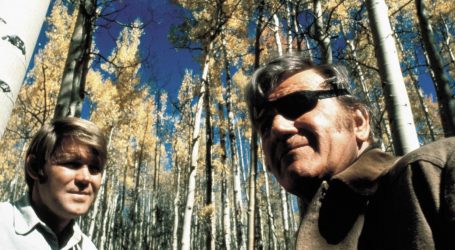 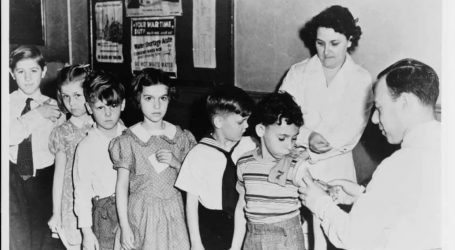