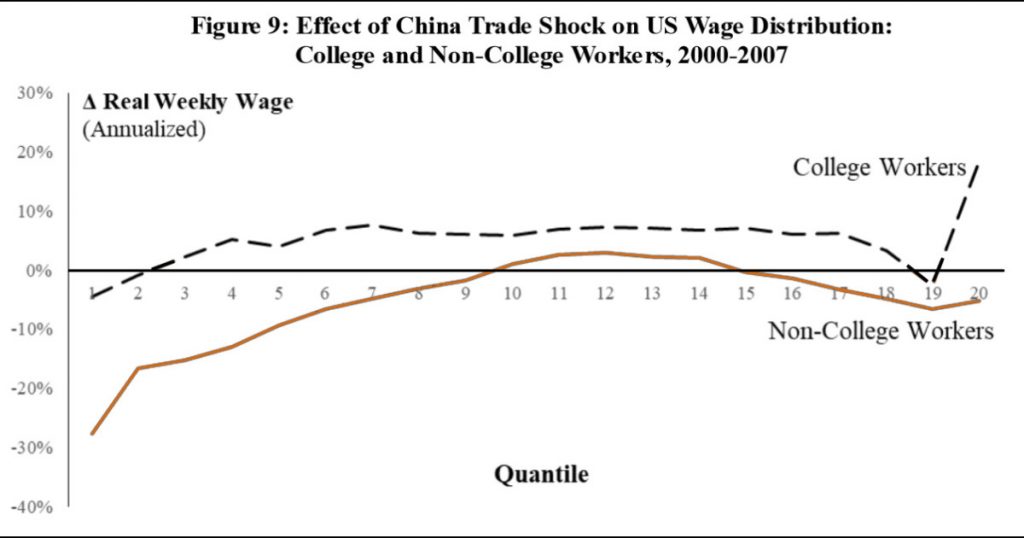 Tyler Cowen points us to yet another paper examining the impact of the China shock during the 2000s. First, the authors decompose the effect of the China trade into both direct employment and employment from supply chain channels. It looks something like this when you combine their two charts into one:
If you look solely at the effects of direct competition (on the left), it looks like employment goes down when a region is exposed to competition from China. But when you add in supply-chain effects (on the right), total employment in areas exposed to the China trade goes up. However, the effect on wages is not so happy a story:
College-educated workers almost uniformly benefited from living in places that were exposed to the China trade. However, non-college workers were just the opposite. With the exception of a few workers with incomes between the 50th and 75th percentile (i.e., individual incomes around $40-50,000), everyone lacking a college degreee suffered an income loss. The very poorest third suffered a huge income loss, losing between 10 percent and 30 percent of their initial incomes.
As always with this kind of thing, it’s above my pay grade. It’s a serious study, but I can’t judge whether it’s correct. If it is correct, however, the bottom line is that the China shock didn’t affect employment very much but did badly hurt the wages of low-income high-school grads. 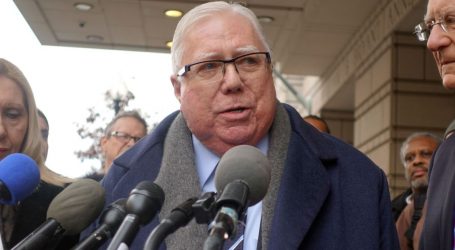 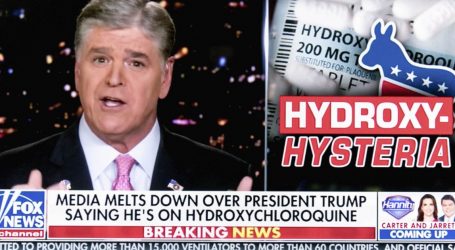