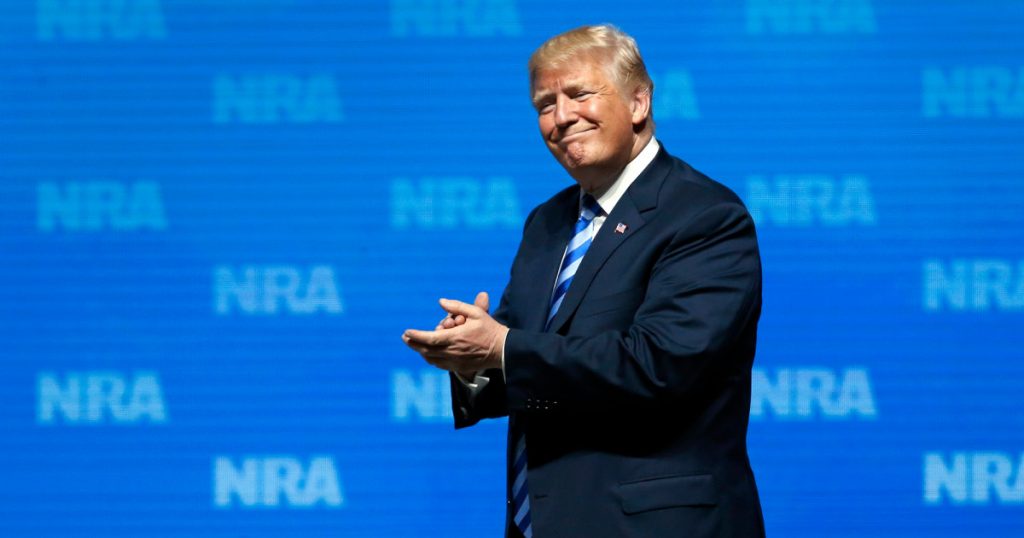 Shortly after he was suddenly named the president of the National Rifle Association in May, Oliver North said he hoped the pro-gun group would soon swell to 14 million members. Though that seems to be aiming high, the NRA says it recently hit 6 million members, its highest number yet. New data confirms that the pro-gun lobby’s ranks are rebounding from a Trump slump—and in spite of its decreasing popularity. But the NRA’s membership claims still remain hard to verify.
Since the NRA does not release detailed data on its overall membership, its magazines may be the most reliable indicator of whether it’s gaining or losing members. All NRA members may choose to receive one of the organization’s signature magazines—American Rifleman, American Hunter, and America’s First Freedom—or the recently added Shooting Illustrated. Nearly all of the magazines’ subscribers are members. So you’d expect NRA mag subs to go up with memberships, and vice versa.

Total subscriptions for the NRA’s three flagship titles peaked in October 2016 at 3.8 million and then dropped more than 10 percent over the following year. After the Parkland high school mass shooting in February reenergized the gun-control movement, the NRA announced a recruitment drive to fight back against “the enemies of freedom.” Membership dues were slashed by as much as one-third.
That campaign appears to have reversed the slide: According to data from the Alliance for Audited Media, total circulation for NRA magazines bottomed out in April, but increased by more than 380,000 by June. And Shooting Illustrated saw its readership grow by nearly 200,000 to 553,000, in the first six months of 2018.
But there still remains a big, unexplained gap between the NRA’s circulation and membership numbers. Overall, the organization added 320,000 new readers in the first six months of 2018. Yet it claims that it gained “more than a million members since just before the Parkland shooting.” Did two-thirds of those new members decide they didn’t want to get the magazine included with their membership?

It’s possible that some NRA members are more interested in loading magazines than reading them. I’ve received emails from NRA members who say they want to save the organization money by not subscribing. (The NRA says just $3.75 of membership dues goes to producing magazines.)  And it’s possible that many members choose to read the online versions of their magazines.
But digital subscribers are a small segment of the NRA’s readership; newly released numbers show that about nine percent of NRA magazine circulation is online. The NRA reports that its combined print and digital circulation is about 4.4 million, which still leaves more than 1. 6 million members unaccounted for. Either these members are oddly uninterested in what the NRA has to say about firearms, hunting, or the Second Amendment, or the NRA isn’t being open about how many live, active members it truly has.
The NRA’s fuzzy membership math is nothing new. Its size has never been independently confirmed, and the group’s figures are usually rounded to the nearest million. Even North can’t keep his ambitious expansion goals straight: Last month he said he hopes the NRA will have 12 million members by 2020. 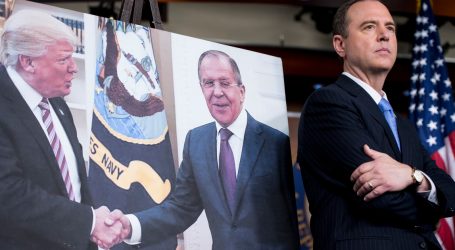 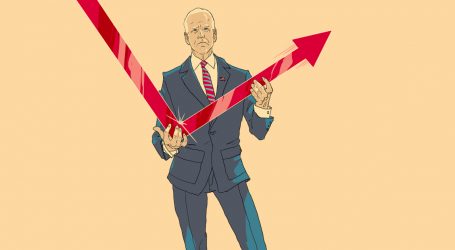 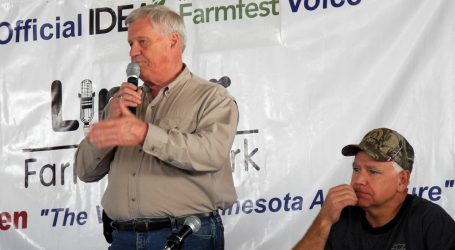