Morehouse College, the historically black college in Atlanta, recently named David A. Thomas its new president. Thomas, a Harvard professor and former dean at Georgetown University, will assume the role in January. Thomas is one of the few Morehouse presidents to lead the storied institution who did not graduate from Morehouse. (In this presumed selfie, Thomas tweeted: “I am honored to be selected as the next president of #Morehouse College.” Image: Twitter/@ProfThomas)

According to media reports, Thomas had wanted to attend Morehouse since childhood. The school accepted him but offered no financial aid, which Yale did.

“My father said, ‘I know you love Morehouse, but you can add,’” Thomas told Blavity.

Perhaps because of his own experience, Thomas is prioritizing developing the school’s financial support to fund scholarships as one of his long-term goals.

Other objectives include making improvements to attract top students and faculty members, increasing enrollment and graduation rates, and tapping the alumni network to recruit students.

“I went to Yale, but I always had Morehouse as my icon for producing the kind of men I respected and admired in my youth,” Thomas is quoted as saying on Blavity. “That continues to be true when you look at the amazing men Morehouse has produced—amazing men.”

It certainly sounds as if the Morehouse search team did its homework. The Washington Post reports that Thomas led a fundraising campaign that raised more than $130 million in five years when he was dean of Georgetown’s McDonough School of Business.

The Post writes: “He’s a really strong leader, said Pietra Rivoli, vice dean and professor at Georgetown’s McDonough School of Business. She said Thomas would be remembered for initiating fundraising for faculty chairs and leading an overhaul of Georgetown’s MBA curriculum that included a number of beneficial changes. Among them: adding interdisciplinary courses such as a class on principled leadership taught by both a faculty member with expertise in organizational behavior and a political philosopher.

Rivoli said Thomas was respected by faculty, was a strong student mentor and had a good relationship with alumni.”

Thomas has a master’s from Columbia and a doctorate from Yale.

“I think the entire Morehouse family will be very excited about the appointment of President-Elect Thomas,” Robert M. Franklin, president emeritus of Morehouse, is quoted in the Washington Post. “David is deeply committed to educating African American men and to innovative approaches to higher education. … and we stand ready to support and serve with him.” 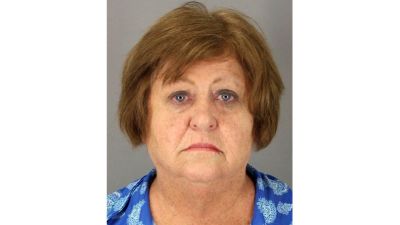