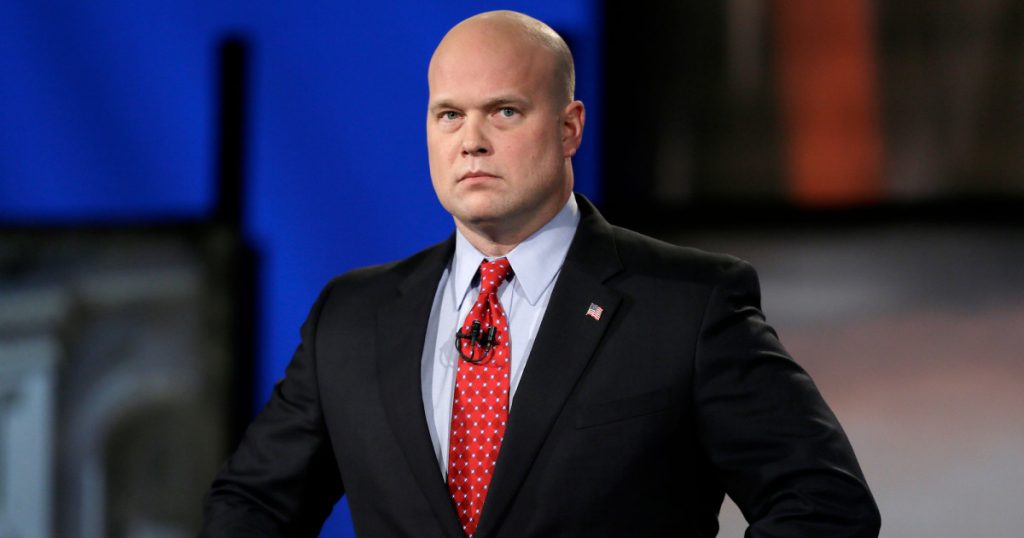 In January 2016, Matthew Whitaker drew up a list of eight questions he wanted NBC’s Lester Holt to ask Hillary Clinton at a Democratic presidential debate. Seven of them were about her emails. “How can people trust you to ensure their personal safety and security…when you’ve admittedly been ignorant about security risks with your own email and those risks have been shown to be serious?” he suggested Holt ask Clinton. Two months later, Whitaker argued there was an “urgent need” to “immediately” appoint a special counsel to investigate Clinton’s emails.
On Wednesday, Whitaker became the acting attorney general after Jeff Sessions resigned at President Donald Trump’s request. Sessions had recused himself from the Russia probe, but Whitaker will have oversight of Mueller’s investigation into misconduct far more serious than Clinton’s use of a private email server.
Before joining the Justice Department, Whitaker ran the Foundation for Accountability & Civic Trust, a conservative nonprofit ostensibly “dedicated to promoting accountability, ethics, and transparency.” But FACT does not reveal its donors and almost exclusively targets Democrats. Whitaker was the organization’s only full-time employee in 2015 and 2016, according to tax filings.
The filings show that FACT paid more than $260,000 to CRC Public Relations between 2015 and 2016. CRC had made a name for itself by helping spread the inaccurate Swift Boat attacks against John Kerry in the 2004 presidential campaign. It recently guided conservative activist Ed Whelan as he spread a conspiracy theory suggesting that Christine Blasey Ford was actually assaulted by a classmate who looked like Brett Kavanaugh.
During the 2016 campaign, FACT focused on a wide range of alleged misconduct by Clinton. In June 2015, FACT filed a complaint with the Federal Election Commission, asking it to investigate interactions between Clinton’s campaign and a PAC promoting her candidacy. In October, Whitaker followed up with a complaint to the Internal Revenue Service based on allegations that the Clinton Foundation had made improper payments to Clinton’s 2008 presidential campaign. In December, Whitaker’s organization called for a “federal probe” into whether Clinton had given special treatment to a mining company affiliated with her son-in-law.
In January 2016, FACT published the questions Whitaker hoped Clinton would have to answer at the debate. They included:

Your own emails reveal that you routinely gave preferential treatment to people with which you had financial and family ties, including George Soros, Bill and Melinda Gates and your son-in-law. Average Americans don’t get this kind of access to the State Department, so why did you give such access to these individuals?
Providing special access to political and other donors is a blatant violation of ethics rules. As a lawyer you understand this. Why did you not comply with these rules?
If you were President, would you ever let anyone in your administration use a personal email or private server?

After Trump defeated Clinton, Whitaker was much more generous in his assessment of Trump’s ethical issues. In an August 2017 CNN appearance, he defended Trump’s decision to maintain ownership of his Washington, DC, hotel, saying that “the ethics laws and the conflicts of interest rules do not apply to the president or the vice president.”
Whitaker wrote on CNN.com in August 2017 that Mueller’s investigation risked becoming a “witch hunt” and urged Deputy Attorney General Rod Rosenstein to limit the scope of the investigation. “It does not take a lawyer or even a former federal prosecutor like myself to conclude that investigating Donald Trump’s finances or his family’s finances falls completely outside of the realm of his 2016 campaign,” he wrote. Whitaker retweeted a Philadelphia Inquirer article the same day titled “Note to Trump’s lawyer: Do not cooperate with Mueller lynch mob.” He added, “Worth a read.” Two months later, Whitaker became Sessions’ chief of staff. 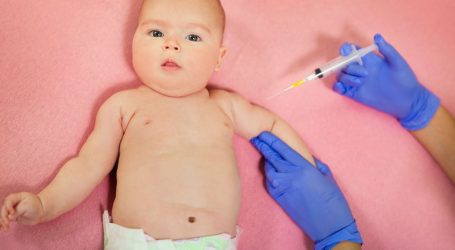 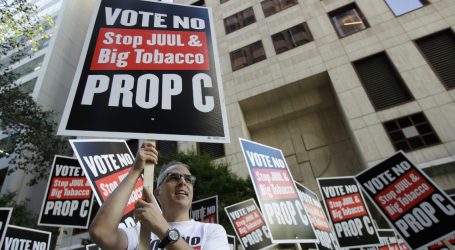 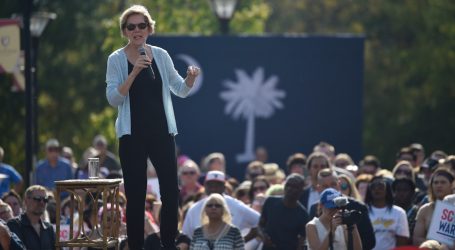