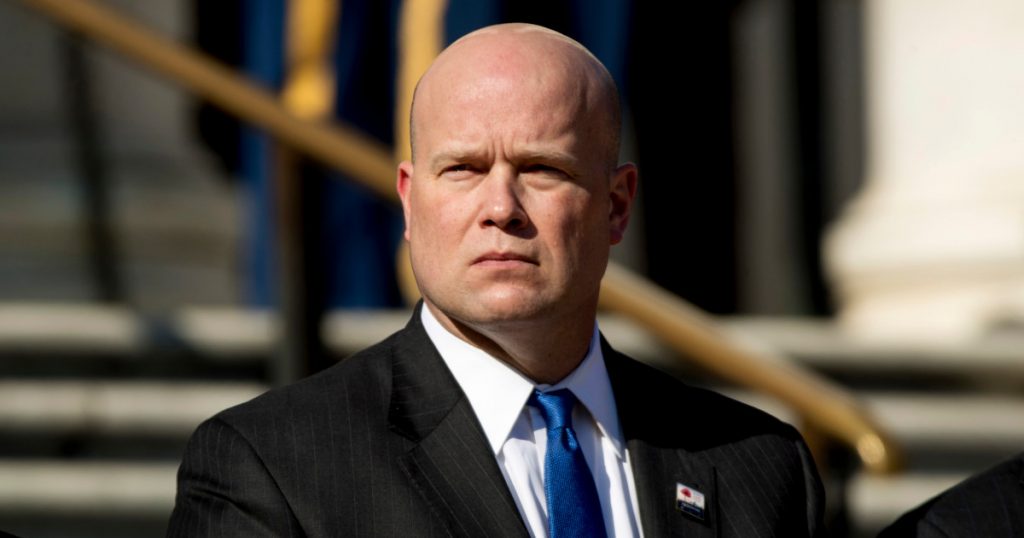 The New York Times dropped a major story on Tuesday evening: “President Trump told the White House counsel in the spring that he wanted to order the Justice Department to prosecute two of his political adversaries: his 2016 challenger, Hillary Clinton, and the former F.B.I. director James B. Comey.” According to the Times, Donald McGahn II, the counsel, told Trump this would be an abuse of power and that Trump had no authority to launch such prosecutions. McGahn also had White House lawyers draft a memo for Trump warning that such a move could lead to impeachment.
McGahn, who recently left the White House, held the line against Trump’s desire to weaponize the Justice Department. But there is someone in Trump’s circle who has long been an advocate of prosecuting Clinton: Matt Whitaker, Trump’s controversial pick to replace Jeff Sessions as acting attorney general.
In July 2016, after Comey announced that he would recommend no criminal charges be filed against Clinton for using a private email server as secretary of state, Whitaker—a former US attorney now self-branded as a conservative legal watchdog—noted during a radio interview that Clinton ought to have been prosecuted. And he raised the prospect of Clinton being charged by a next administration, assuming it was not hers: “The statute of limitations lasts beyond the election. So if there’s a different administration, they may look at these set of facts differently and pursue charges.” In another interview at that time, Whitaker said Clinton should have been prosecuted under the Espionage Act, and that it was necessary to charge her in order to preserve the rule of law.
Two months later, appearing on Fox Business Channel as a pundit, Whitaker indicated he believed that if Trump won, his administration should reboot the Clinton email case. Asked if there were any legal options left for prosecuting Clinton, Whitaker answered, “Unless you have a Trump administration that appoints a new attorney general and reopens this case, because there is a statute of limitations that is ticking but is not past. And I could imagine, in this world that we live in, that a Trump administration could open this case and re-look at these charges, however petty that might seem to some.”
The host then asked, “Would it seem petty to you, though?” Whitaker replied: “No.” He continued: “But it would be highly partisan and much of this, as a former member of the law enforcement community, for me has been you follow the law and you see what the facts do and you investigate the entire crime, and not just pieces and portions like it appears [the FBI] did in this instance. And I don’t think it would be petty. But I think there would be partisan charges on both sides if justice was ultimately done in this case.”
It’s not hard to mistake Whitaker’s take here: a Trump administration ought to prosecute Clinton to ensure justice was served.
That take didn’t fade after the election. In a May 2017 radio appearance, Whitaker essentially called for a special counsel to investigate Clinton: “Well you know it is pretty interesting that we don’t have a special counsel appointed for the whole former secretary of state having an illegal email server in her house, and we appoint a special counsel with zero evidence of any ties between Russia and Russian nationals and the Trump campaign….Black is white, and white is black.”
Four months later, Whitaker became chief of staff for Sessions.
Whitaker, a fierce critic of the Mueller investigation who has said Trump has the power to kill the Trump-Russia probe, now has the responsibility, as acting attorney general, to oversee the Mueller probe (though legal experts and Democratic senators have challenged the legality of Whitaker’s appointment). Trump has insisted he wasn’t aware of Whitaker’s anti-Mueller views before placing him in charge of the Justice Department—though Whitaker had repeatedly voiced that position during cable television appearances. After drawing widespread criticism for his appointment of Whitaker, Trump also claimed, “I don’t know Matt Whitaker.” Yet a month earlier he’d said on Fox & Friends, “I can tell you Matt Whitaker’s a great guy. I mean, I know Matt Whitaker.”
So now there is a fresh question for Trump: Did he know Whitaker was a fervent advocate for prosecuting Clinton, one who even contended she could and should be charged after the election? Did Trump have this in mind when he named Whitaker acting attorney general? After all, Whitaker not too long ago said that justice could only be achieved if an attorney general in the Trump administration would reopen the Clinton case. If Whitaker ever appears before a congressional committee, he ought to be asked if he still believes that. 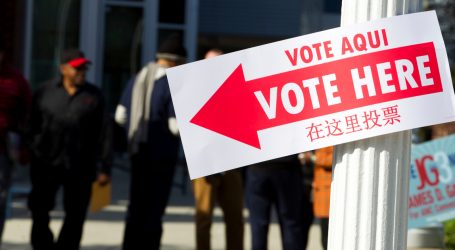