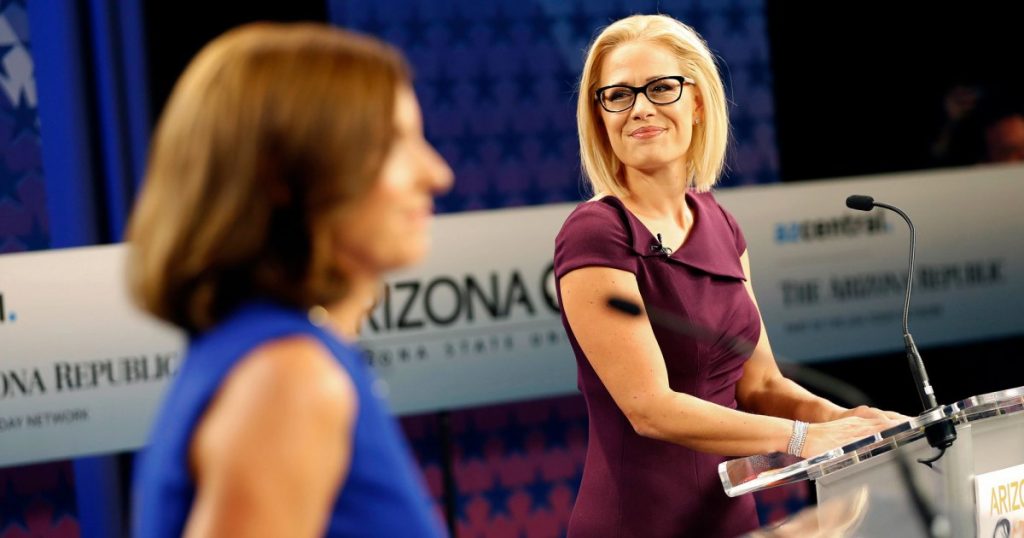 On Monday night, Democratic Rep. Kyrsten Sinema officially defeated Republican Rep. Martha McSally to be Arizona’s next senator. The campaign to replace retiring Republican Sen. Jeff Flake proved incredibly tight and put the country on edge over the past week; on election night, McSally had the lead and it looked like she might win, but a week of continued counting ultimately gave Sinema the edge. She will be the state’s first female senator, and her win marks a significant victory for Democrats in a battleground state that President Donald Trump narrowly won two years ago.

As long as I’ve served Arizona, I’ve worked to help others see our common humanity & find common ground. That’s the same approach I’ll take to representing our great state in the Senate, where I’ll be an independent voice for all Arizonans.
Thank you, Arizona. Let’s get to work. pic.twitter.com/iX6u6VQ9bQ
— Kyrsten Sinema (@kyrstensinema) November 13, 2018

McSally, a former fighter pilot, called Sinema to concede the race on Monday, thanking supporters in a video on Twitter.

Congrats to @kyrstensinema. I wish her success. I’m grateful to all those who supported me in this journey. I’m inspired by Arizonans’ spirit and our state’s best days are ahead of us. pic.twitter.com/tw0uKgi3oO
— McSally For Senate (@MarthaMcSally) November 13, 2018

Notably, since Election Day, McSally has not followed the lead of other Republicans in Arizona and across the country who have been making allegations of voter fraud, as the party has seen its leads shrink or as races have been forced into recounts. As Politico reported, “Top officials with the White House and Republican National Committee, who’ve been prodding the McSally campaign to amp up its efforts, have expressed frustration that the Arizona congresswoman hasn’t tried to drive a message that there’s something amiss with the vote count.” McSally’s lack of participation didn’t stop President Trump from alleging fraud:

Throughout the campaign, both candidates appeared uncomfortable with their place in their respective parties. McSally had rejected Trump in the final weeks of the 2016 election, though she has embraced his platform over the past two years. (It was McSally who told her colleagues during the push to repeal the Affordable Care Act to get the “fucking thing” done.) But she refused to ever say who she had voted for for president.
Sinema, for her part, moved hard to the center from her early days as a progressive firebrand in the state legislature. This year, she declined to endorse the Democratic nominee for governor, David Garcia, and in the closing days of the race, backed Trump’s decision to move 5,000 troops to the southern border.
For such a marquee race, it was waged, in the end, with smoke and mirrors. McSally declined to say she’d make abortion a litmus test for Supreme Court nominees, and Sinema waited until the last minute to say she’d vote against Brett Kavanaugh. McSally and her allies tarred Sinema—in the face of all evidence to the contrary—as a socialist radical and hammered the Democrat’s opposition to the war in Iraq. When Sinema hammered McSally over her vote to roll back protections for people with pre-existing conditions, McSally simply lied and said she never did.
Arizona proved a winnable race for Democrats, and they’ll get another chance soon enough to try to solidify their gains; the special election for the seat formerly held by John McCain is coming up in 2020. 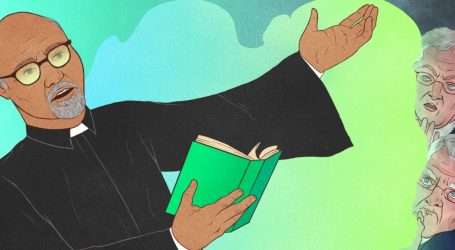