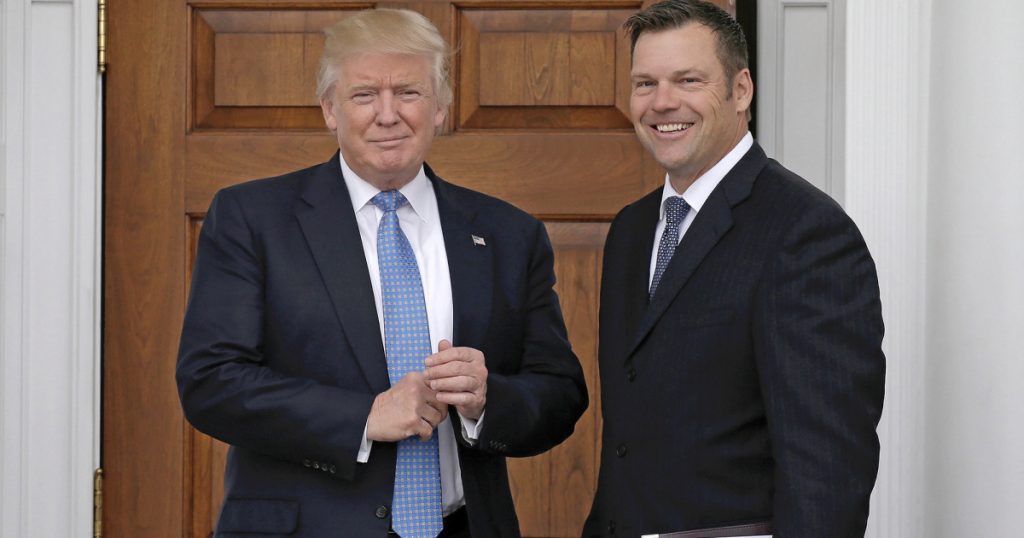 The trial…was supposed to showcase examples of what he claims are widespread voter fraud on the national stage. Instead, Kobach and his team repeatedly failed to follow basic rules of evidence, requiring the judge to lecture him on what she called “Evidence 101.”

In April of 2018, federal judge Julie Robinson held Kobach in contempt of court for failing to follow a court order to register Kansas voters. Two months later, she ruled that the proof of citizenship requirement violated both federal law and the US Constitution. She also ordered Kobach to take six hours of continuing legal education on how to introduce evidence at trial.
Meanwhile, states began to pull out of the Crosscheck program, which Kobach had only recently hoped would become national, over bad data. Privacy concerns led to a Department of Homeland Security audit and a class action lawsuit from the ACLU. In 2019, Kobach’s successor as Kansas secretary of state suspended the program indefinitely.
But Kobach wasn’t giving up. Too toxic by now to get a post in the Trump administration—not because Trump had any problem with him but because Senate Republicans might—he launched a bid for governor in 2018. Despite Trump’s endorsement, he came up short against Democrat Laura Kelly, a defeat big enough to sufficiently brand himself a loser. Nevertheless, Kobach decided to run for Senate in 2020.
Some of Kobach’s losing streak can be attributed to hubris. His farcical performance in court against the ACLU could have been avoided if he had not chosen to represent the law himself, a disastrous decision compounded by his failure to study up on how to conduct oneself during a trial. Given the chance to make voting more difficult for people of color on a national scale as the head of Trump’s voter integrity commission, he instead led it into oblivion by failing to follow basic federal privacy and transparency requirements. His failure to become governor in 2018 was in part attributable to a lazy campaign in which he reportedly refused to raise money or implement a basic get-out-the-vote program, relying instead on Trump’s endorsement and his frequent appearances on cable news. One GOP operative told the Kansas City Star that Kobach’s gubernatorial campaign “was the most dysfunctional thing I’ve ever seen in my life.”
Kobach had transformed himself from the country’s most formidable racist into a buffoon, but his presence in American politics is no laughing matter. Kobach’s losing streak is also a function of his radical agenda, which is so extreme that it is often in violation of federal laws and the Constitution. The Supreme Court struck down significant portions of Arizona’s SB1070 and refused to resurrect the law it inspired in Alabama. But a Supreme Court full of Trump appointees might view things differently today. Yes, there was his embarrassing performance as a trial lawyer, but Kobach failed to defend his own voter suppression law in Kansas because it, too, was unconstitutional. A better lawyer, under a different judge, might have prevailed.
The longer Kobach, Trump, and their allies push their white nationalist agenda, the more the bulwark of federal laws and Constitutional principles blocking their path will crumble. The courts pushed back against the president’s first blunt attempts to ban immigrants from Muslim countries, but the Supreme Court allowed the third, sanitzed version of Trump’s travel ban to take effect. If the Trump administration had been more sophisticated, and hadn’t tried to sabotage the 2020 census in a fashion truly reminiscent of Kobach’s own ineptitude, the Supreme Court would have allowed it. Again and again, hubristic stumbles have thwarted the worst of Kobach and Trump’s goals. But their stupidity won’t undercut them forever.
The Democrats who elevated Kobach in the hopes of winning a Senate seat in Kansas played with fire. Losers are dangerous, too. They can always become winners again. Trump was a national laughing stock with a record of running businesses into the ground when he became president. Democrats who prayed for Trump to win the Republican nomination in 2016 thinking it would benefit Hillary Clinton should have by now learned a valuable lesson: Elevating authoritarian white nationalists can backfire. By Republicans’ own admittance, they don’t have a problem with a racist agenda as long as it wins votes. Kobach’s ideas, particularly in the era of disinformation and polarization, catch fire. Take Jeff Sessions, who was a backbencher in the Senate for 20 years but still managed to kill multiple bipartisan immigration bills and nurtured aides like Stephen Miller before Trump elevated him to attorney general, to devastating effect.
Some Democrats may wish that Kobach had prevailed, boosting their own chances of winning a long-shot Senate seat. But they should be thankful that a dangerous demagogue will not become a senator any time soon. Losers are only losers until they’re not. 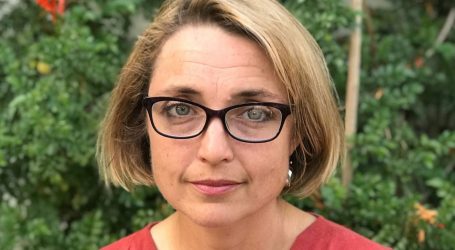