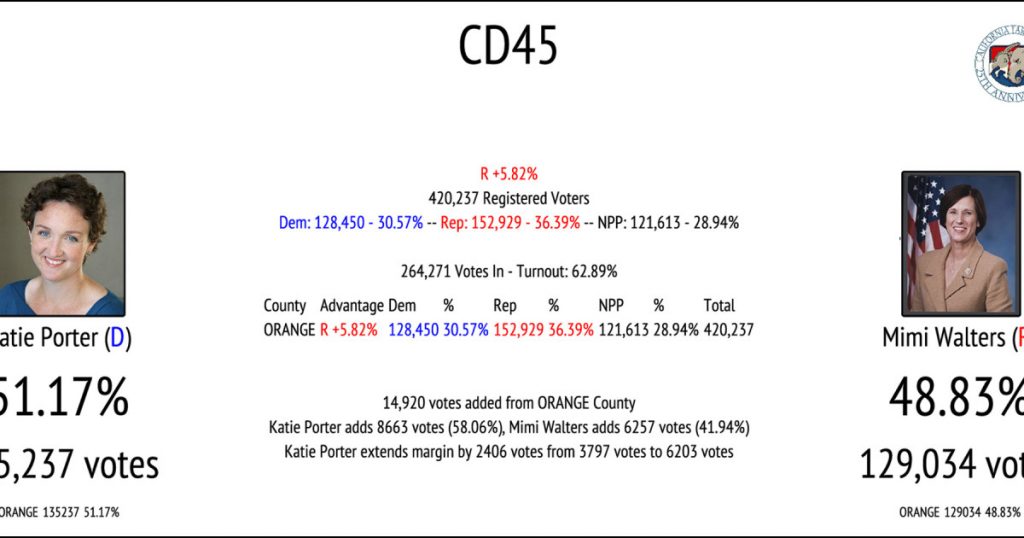 I don’t know how this slipped my mind yesterday, but Katie Porter has beaten Mimi Walters to win my home district in Irvine:
Porter is now 6,000 votes ahead and rising. CA45 has been officially called.
The sad part of this is that a couple of days ago, as it became clear which way the wind was blowing, Mimi Walters pulled a Trump and started claiming that the vote count was corrupt. “I’m currently up by 1 point, but the Democrats are already preparing for a recount to try and steal this Republican seat after the fact,” she wrote in a fundraising email. This is a shameless and reprehensible thing to say. She knows perfectly well that Neal Kelley is a very well regarded Registrar of Voters and that there’s no evidence at all of even the slightest fraud or incompetence in his office.
But I guess that’s how things go in the GOP of the Trump era. If you lose, you lash out. Yesterday I said I had nothing special against Walters other than the usual disagreement of a liberal toward a conservative. Now I do. What a terrible way to go out.
POSTSCRIPT: On a possibly interesting note, I wavered on who to vote for in the Democratic primary this year. It was a fairly nasty race between Porter and Dave Min, who was the more centrist candidate.¹ For that reason he seemed more likely to win a general election fight here, which is, after all, still a pretty Republican place even if Orange County as a whole voted for Hillary Clinton in 2016. In the end, though, I decided to support the more progressive candidate and hope for the best. In any other year that probably wouldn’t have paid off, but this year it did.
¹This is a new thing for us. Normally, the local party has to beg to get even one person to run, and doing so is considered a good deed, not a serious effort to win the district. Thanks to Donald Trump, though, it looked like there was a real chance of winning this year, and that brought out the nastiness. 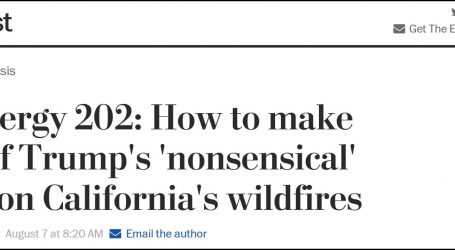 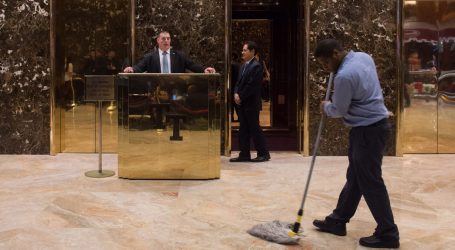