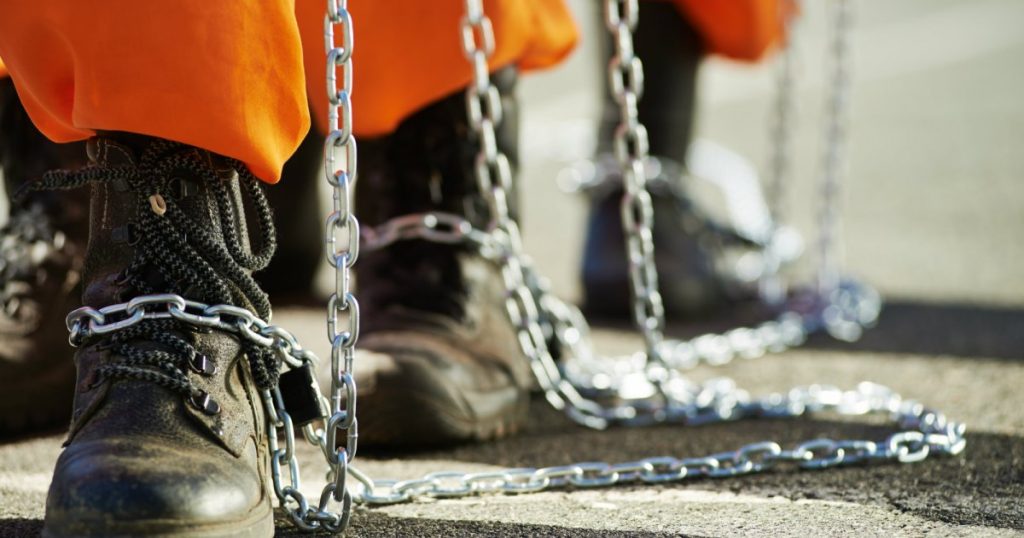 On Tuesday, Colorado voters will head to the polls to decide whether or not slavery should be abolished in the state. Right now, the Colorado constitution includes an 1876 provision that allows convicted criminals to work for no pay. Proponents argue it’s an important step in leaving behind the state’s  racist past, but the measure’s few opponents say it will disrupt the state’s criminal justice system.
Colorado’s Amendment A reads: “Shall there be an amendment to the Colorado constitution that prohibits slavery and involuntary servitude as punishment for a crime and thereby prohibits slavery and involuntary servitude in all circumstances?” It was reintroduced this year after a similar measure failed by a slim margin in 2016. At that time the initiate read: “Shall there be an amendment to the Colorado Constitution concerning the removal of the exception to the prohibition of slavery and involuntary servitude when used as a punishment for persons duly convicted of a crime?” Many blamed its defeat on the confusing language.
This time, however, the language is clear, says Jumoke Emery, an organizer with Abolish Slavery Colorado, the organized effort behind Amendment A. “Regardless of how we feel about the criminal justice system, it should be clear to folks that it shouldn’t be slavery,” he says. For Emery and other supporters, Colorado’s amendment isn’t just about language. “The constitution isn’t a symbolic document,” Emery says. “It serves as a basis for all of our laws.” While the amendment will not have any real-life impact on inmates who work for pennies behind bars, proponents are hoping its passage can lead to a broader conversation about prison labor.
Many inmates have been able to reduce their sentences by working in community services. Many others participate in work release programs that allow them to leave the facility for employment. Still, many inmates in Colorado work for wages that are reminiscent of slave labor.
As of September 2018, there were more than 20,000 incarcerated people in Colorado, with about half of them holding some sort of job. During this year’s record wildfires, for instance, Colorado prisoners were on the front lines fighting the blazes. About 75 non-violent offenders between the ages of 19 and 50 were selected from the hundreds who applied to the State Wildland Inmate Fire Team program, where they were trained to be fully capable firefighters. Many were paid as little as $0.86 per day, a wage that increased to $6 per day if they faced an actual fire. And those are considered good wages for prisoners. According to the Colorado Independent, inmates who work in food services or laundry make as little as $0.60 a day.
At first glance, voting to abolish slavery in 2018 appears to be obvious, but the few opponents to the measure contend that it could negatively affect community service and work release programs. In an October op-ed in the Grand Junction Daily Sentinel, Dan Rubinstein, the Republican Mesa County district attorney wrote that Amendment A is a “wolf in sheep’s clothing,” saying that the language in the ballot is simply a way to “constitutionally ban community service hours as a sentencing option in criminal cases.”
Community service has a long tradition in criminal justice. According to Emery, “We’ve done our research and it’s incredibly important to us that community service programs aren’t affected.” Some inmates are offered the option to perform community service in lieu of jail time or fines, and passage of the amendment would not target these programs.
But in the days leading up to the election, Rubenstein held firm in his position. “With most low-level offenses carrying jail, fines and community service as the only sentencing options, I fear that [the passage of Amendment A] will result in more low-risk offenders filling our jails and would disproportionately incarcerate indigent offenders who lack the ability to pay fines,” he told the Colorado Independent.
Rubenstein’s position may be in the minority, because the amendment has enjoyed widespread support. One hundred percent of the state legislature supports the amendment as do politicians from both sides of aisle. There is no formal opposition group, but that hasn’t stopped opponents from sending hateful messages.”We’ve had folks call us all sorts of names,” Emery tells Mother Jones, and people have said they’re “okay with folks being enslaved.” 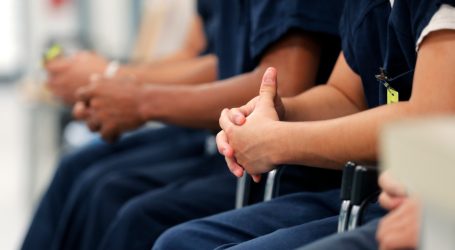