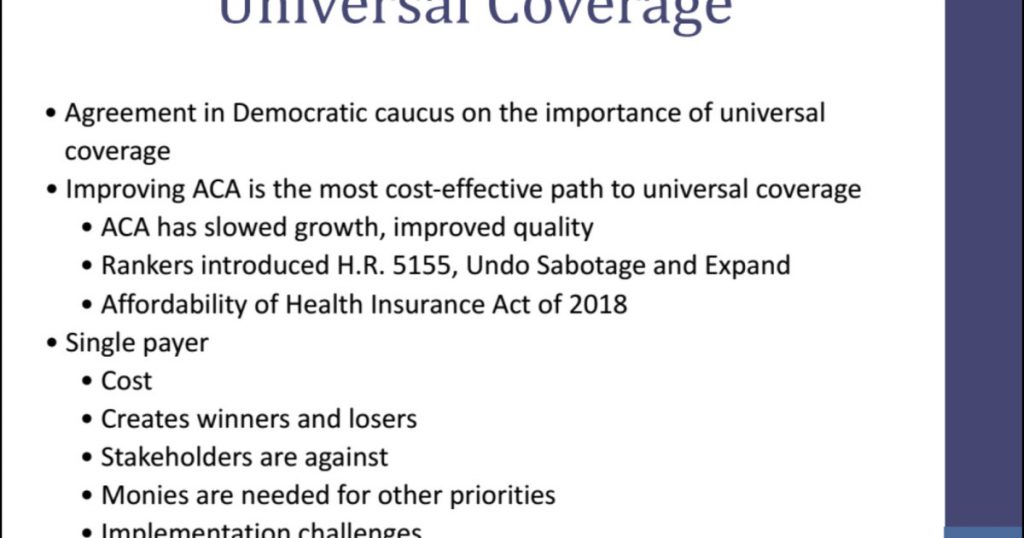 Oh dear:
Top Nancy Pelosi Aide Privately Tells Insurance Executives Not to Worry About Democrats Pushing “Medicare for All”
That’s from Ryan Grim at the Intercept, and it’s kinda sorta accurate. It’s based on a PowerPoint deck used for a presentation to Blue Cross Blue Shield executives, but let’s skip the opening slides on prescription drug costs, breast re-excision rates, and different-day elective upper and lower endoscopy rates. Here’s the slide on universal health care:
This is followed by some slides about ACA, Medicare, boomer retirement, and the opioid epidemic. There are a couple of reasons that none of it bothers me too much. First, it’s a presentation that sets out Democratic priorities for the next two years. We’re obviously not getting Medicare for All while Trump is in office, so it hardly matters if Pelosi’s people are downplaying it.
Second, and more important, this just goes to show the enormous malleability of the term “Medicare for All.” It can mean:

Personally, I’m in favor of universal coverage and I don’t care much how we get there. Maybe we slowly expand the age limits for Medicare. Maybe we have a revolution and nationalize the entire American health care system. Maybe we keep expanding Obamacare until we get to 100 percent coverage. Maybe we expand both Obamacare and Medicare until they mush together and cover everyone. Maybe we adopt a German-style multi-payer system.
Some of these are inherently more efficient than others. Some of them are more politically feasible in the US given where we’re starting from. The politics is messy no matter how you approach it, and the key thing is to focus like a laser on universal coverage—as Democrats have—and not worry too much about how the sausage gets made. It looks to me like that’s what Pelosi is doing, and in the meantime she figures that there’s no point in pissing off the insurance industry to no purpose. That’s politics. 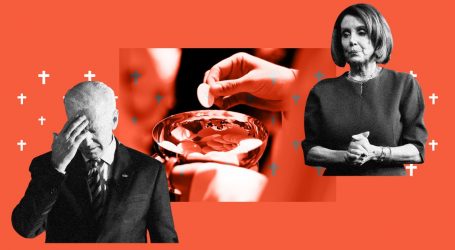 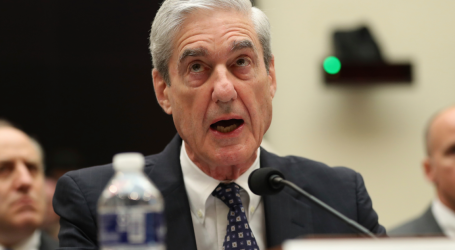