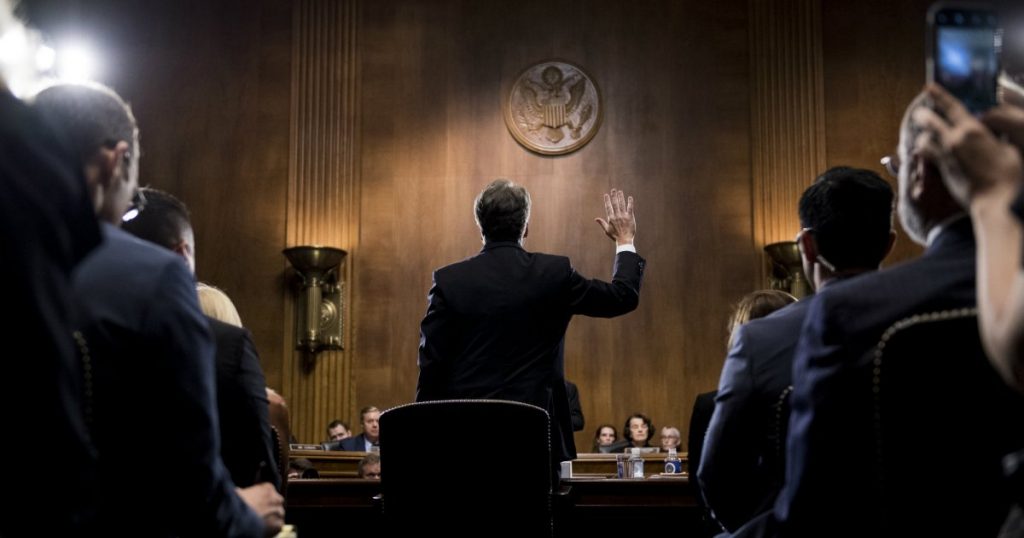 Thursday’s historic hearing with Supreme Court nominee Brett Kavanaugh and his accuser, Palo Alto University professor Dr. Christine Blasey Ford, was emotional and contentious: Blasey Ford stood by her claims that Kavanaugh assaulted her in high school, while the nominee continued to categorically deny Blasey Ford’s allegations as well as several others—at moments interrupting several senators and visibly bursting with anger during questioning.
As the hearings progressed, we asked Mother Jones readers how they were responding to the testimonies. Here’s a selection of these responses, lightly edited for length and clarity.

“I have not been able to watch any of it at all. My anger and frustration at the entire fiasco is boiling over. I believe the victims. I have worked with survivors of sexual assault and incest, and understand how often they have no voice and live in fear of exactly what has happened to these women. The GOP has no soul. There is absolutely no reason why they couldn’t have chosen to dismiss his nomination and choose someone else who does not have this potential issue hanging over their heads. Instead they are most likely going to ram through his confirmation without having access to all the facts.” — Terry Major-Holliday
“As a survivor of sexual violence, this hearing has been infuriating, devastating, and has me at the edge of my seat. I haven’t looked away, despite the anxiety and memories it has brought up. My biggest concern is the potential for the development of a partisan divide in the way that victims of sexual assault are treated, in and out of the national spotlight.” — Anonymous
“As a survivor of sexual violence, this hearing has been infuriating, devastating, and has me at the edge of my seat.”“I can’t stand to watch the hearing today. I keep seeing posts and statuses advocating watching and being a sympathetic audience for Dr. Ford, but too much of her story reminds me of my own. The questions being volleyed at her are exactly the ones I feared when I didn’t report my own assault. Looking at social media today has been an emotional minefield—I know better than to read the comments sections of politically charged posts, but I can’t resist. It’s like picking at a scab. I know that what I’ll read will leave a pit in my stomach that will linger for days, but I can’t stop myself. This is what my country thinks of me, and every other woman who has been assaulted.” — Anonymous
“I’m in tears, as I have been off and on for the past week. For many women, this is personal and gut-wrenching. Then to see Kavanaugh display an angry, aggressive, and at times disdainful demeanor after Blasey Ford was thoughtful and circumspect, it brings home how little women are respected and how little progress we’ve made. Who gets to be angry? The perpetrator?” — Cindy

“Kavanaugh has conducted himself in a manner that shows he does not have the temperament for a position on the Supreme Court. His angry, defensive and conspiracy ridden accusations are not befitting of such a high position.” — Maryann O’Connell
“[Kavanaugh] has every right to defend himself against accusers. But his behavior today certainly did not seem ‘judicial.’”“It is disarming to see a seasoned litigator act so belligerently and a woman who has been assaulted, act with such class and dignity. If I had any thought that Kavanaugh might have been mistaken for someone else, his rage, out-of-control hissy fit, and his disrespect for the process leaves him ineligible in my mind for a lifetime appointment for the highest court in the land. I am saddened by what has taken place, and irrespective of the fact that Senator Feinstein respected the victim’s wishes, the Republican Party is complicit in the degradation of our democracy. A very sad day for our country. — Rosemary Reichard
“Kavanaugh seems to view himself as a victim. A Supreme Court judge faces many challenges (including personal ones) that would preclude having such thin skin. He has every right to defend himself against accusers. But his behavior today certainly did not seem “judicial”…and such blatant partisanship and blame shifting should certainly be a red flag about how impartial he could be as a judge in our highest court.” — Anonymous
“Judge Kavanaugh is abhorrent, but it’s completely unfair to judge a person on something that happened when he or she was still in high school. People don’t change much, but they do change. Hormones recede. People mature and become humiliated at their behavior as a teenager. As Richard Nixon did, Mr. Kavanaugh has compounded whatever he’s done by denying that he’s done it despite the evidence. The greatest reasons to oppose his nomination are his misreading of the Constitution and his past decisions.” – Anonymous

“Very saddened by this spectacle. What has happened to our beloved country? I’m sick of the partisanship. How will anything ever move forward? Please, please let’s stop all the hatred between these parties.” — Anonymous
“Haven’t been able to watch—my thinking is that it should never have gotten this far. Kavanaugh’s record as a judge, his writings and speeches should have already disqualified him. He has shown that he is an ideologue, not somebody who would be fair and impartial. While the present hearings are very important let’s not forget everything else that was already out there.” — John Doucette
I’m sick of the partisanship. How will anything ever move forward?“Unfortunately, I did not hear Judge Kavanaugh’s remarks, but judging by the reporting I have read so far, he calls into question his judgment and his integrity. He seems to have taken lessons from Trump. What is also apparent is that many of the threats received by both Dr. Ford and Judge Kavanaugh and those who sent them are totally outside the realm of acceptable. In fact, they demean both sides. This behavior is not okay.” — L. Minsky
“I feel that now is the time to redefine what “masculinity” is. What I saw during Dr. Ford’s testimony was heartbreaking, but also inspiring and a little bit liberating for my self loathing. The second half of the “show” reminded me of how out of touch we teach men to be in this world, from the moment they enter it. I was too young to understand everything going on during Clarence Thomas’s appointment, but couldn’t believe it then. This is absolute madness.”— Brian 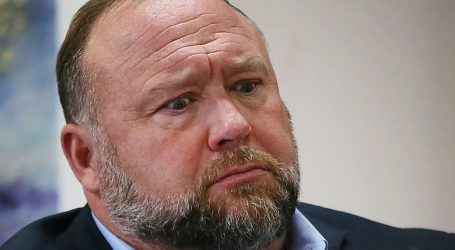