When you are a white man in America, you can say what you want and, apparently, even incite violence.

In an election season where white conservative Trump supporters have been known to increase the intensity of hateful, violent rhetoric, Bevin may have outdone most of them by announcing that if Hillary Clinton wins the presidency, conservatives will have to resort to physical violence in order to protect their values. This is just the latest incitement to violence by a radical white man.

And given that some in the media (esp. cable news) have failed to condemn these people and hold their feet to the fire, it is only a matter of time before someone gets hurt.

“I want us to be able to fight ideologically, mentally, spiritually, economically, so that we don’t have to do it physically,” Bevin said at the Values Voter Summit in Washington. “But that may, in fact, be the case.”

“The roots of the tree of liberty are watered by what? The blood. Of who? The tyrants to be sure, but who else? The patriots,” he continued. “Whose blood will be shed? It may be that of those in this room. It might be that of our children and grandchildren. I have nine children. It breaks my heart to think that it might be their blood that is needed to redeem something, to reclaim something, that we through our apathy and our indifference have given away. Don’t let it happen.”

The Tea Party-endorsed governor — who only came to office this year and was already ranked the fourth worst governor in America, in the midst of an ethics lawsuit and calls for his impeachment – decided to clean up his words and claim he was talking about military service. But for the angry white voters Bevin is reaching — the angry white folks who want to “Make America Great Again” — this kind of talk is exactly what they want to hear. They know what he meant the first time around.

And since Donald Trump arrived on the political scene, he has empowered white nationalists, white supremacists, neo-Nazis and Klan members alike to be themselves and say and do what they please.

That is a fact.

Washing their hands of all this political correctness and allowing people of color to be citizens, they have been smelling themselves these days. Just ask David Duke, the former KKK leader-turned-Senate candidate in Louisiana who wholeheartedly endorsed Trump and told other whites that not backing the GOP nominee “is really treason to your heritage.” Duke aptly pointed out that his voters and Trump supporters are the same. Trump claimed he had never heard of Duke, while running mate Mike Pence refused to call Duke “deplorable.” This, as white power groups do robocalls and get out the hate vote for Trump.

For Trump, this is nothing new. Back in 1989, when five black and Latino kids were falsely arrested and convicted for the rape of a white woman in Central Park, he put out a full-page ad in four New York newspapers calling for the return of the death penalty. And more recently, he made his bones in right-wing political circles by championing the Birther movement and questioning the authenticity of President Obama’s birth certificate.

Meanwhile, Trump has stoked the flames of racial violence at his campaign rallies by encouraging physical attacks and the use of force against Black Lives Matter protesters. At one point he even said “I could stand in the middle of 5th Avenue and shoot somebody and I wouldn’t lose voters.”

Further, Trump has placed race baiters, mudslingers and hate groups in his inner circle. He made Steve Bannon, executive chairman of Breitbart News, his campaign manager, placing the white nationalist ”alt-right” movement front and center in the Trump campaign. For those who don’t know, the so-called alt-right is like a dude-bro version of the Klan. They believe Fox News doesn’t go far enough. And by the way, Trump also has as his advisor Roger Ailes. Ailes, the man who made Fox News what it is today — an inhospitable environment for black folks, save those who don’t wear handkerchiefs — gave Nixon the presidency through a “law and order” campaign that channeled white fear of black criminals.

Trump and his followers get away with it because many in the predominantly white mainstream media have legitimized this man. His campaign is like a reality show to them, a form of entertainment that boosts ratings. Add to that the reality that white men are allowed to say and do what they will in this society, without consequences. Imagine how white America or the media would react if Colin Kaepernick, or any black man, said what Gov. Bevin just uttered. After all, Kaepernick was branded a criminal and a traitor for merely kneeling during the national anthem.

If they talk like the Klan, chances are they are the Klan. And like the Jim Crow days, the white-collar Klansmen politicians give the orders to kill but keep their hands clean, while the white-hooded Klan will oblige them every time. It’s their privilege, because it’s their whiteness. 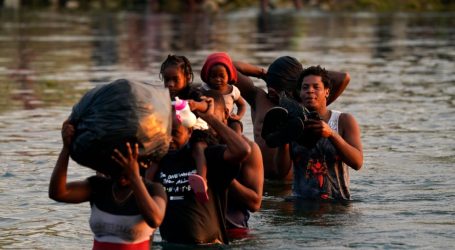