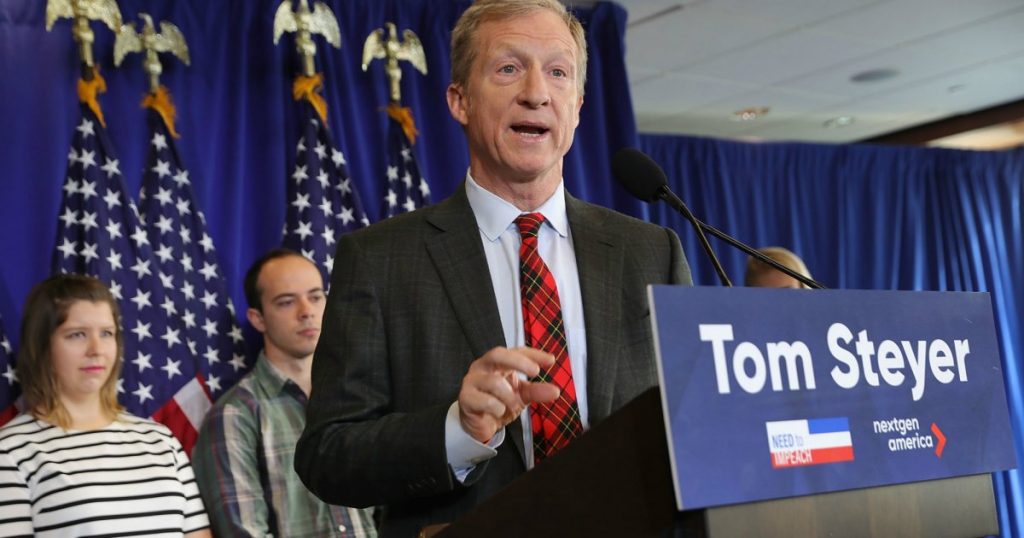 Perhaps no state illustrates the nature of the current battles more vividly than Colorado. A ballot measure that would more tightly limit where new oil and gas wells can be drilled has Colorado’s fossil fuel industry fearful for its future.
The Colorado Oil & Gas Conservation Commission estimated the measure would place 54 percent of the state’s total land surface off limits to new oil and gas development. In response, the industry has poured more than $40 million into the fight to oppose it, dwarfing the approximately $1.3 million that supporters have raised.
Shifts in Colorado’s fossil fuel production set the stage for this battle. Coal production fell more than 40 percent in the state over the past decade, and as that’s happened, hope has arisen that the natural gas industry will make up for those lost jobs.
The number of productive gas wells has indeed skyrocketed more than 260 percent in the past two decades. But the boom in production came with a price, emitting huge quantities of potent greenhouse gases into the atmosphere and belching pollutants that can harm human health.
In April 2017, an explosion linked to leaking natural gas infrastructure destroyed a house in Firestone, Colorado, killing two people.
Enter Tricia Olson, 70, a soft-spoken retiree who lives in Boulder, Colorado. “When I first saw that fracking was encroaching on communities near here, I was horrified, absolutely horrified,” said Olson. “If oil and gas development had stayed away from homes and neighborhoods, this issue wouldn’t be coming up.”
Olson called the Firestone tragedy “confirmation” of the dangers associated with oil and gas wells. In January, she launched the political committee Colorado Rising for Health and Safety to put Proposition 112 on the ballot. If passed, the measure would require new oil and gas wells to be set back 2,500 feet—instead of the current 500-foot buffer—from homes. Schools and other vulnerable areas such as streams would also be protected with the broader buffer.
“We are committed to protecting our neighborhoods from this explosive and toxic industrial development that risks our children’s health and jeopardizes the safety of our homes,” Olson said when Colorado Rising submitted enough signatures to make the ballot.
“We are committed to protecting our neighborhoods from this explosive and toxic industrial development that risks our children’s health and jeopardizes the safety of our home.”Olson, a former computer programmer, infused Colorado Rising with more than $75,000 of her own money and has since received contributions from more than 1,200 different donors. The group’s largest donor is Food & Water Watch, a Washington, DC-based environmental advocacy nonprofit that gave about $250,000.
The fossil fuel industry has responded aggressively to the measure, which Colorado Petroleum Council executive director Tracee Bentley called “utterly destructive” in a statement.
“It would decimate the future of the natural gas and oil industry and wreak havoc on our state’s economy,” Bentley said.
The main group opposing the measure, Protect Colorado, has raised more than $40 million, more than 99 percent of that coming from companies in the oil and gas industry.
Karen Crummy, a Protect Colorado spokesperson, pointed to the Colorado State Land Board’s estimation that the slowdown in new wells that would be brought about by passage of Proposition 112 could cut out $230 million in potential funding for schools. Passage also “will cause a substantial exodus of oil and natural gas companies from the state,” she said in an emailed statement.
Protect Colorado gave about $11 million of its war chest to a separate initiative, Amendment 74, which would change the Colorado Constitution to hold the state liable for regulations that decrease the value of private property. Environmentalists say this could be used to target the state if it enforces the proposed setback.
A University of Colorado poll from mid-October showed the two sides on the fracking measure running neck-in-neck despite the uneven fundraising.
Mark Schlosberg, national organizing co-director at Food & Water Watch, said the disparity in funding between the two sides allows industry to buy what feels like “limitless advertising.”
“It is hard to watch all that money being spent against you,” Olson said. “It is painful to see commercial after commercial after commercial.”
For Olson’s group to remain competitive, it relies on volunteers, some of whom began providing their own form of commercials: painting their car windows with supportive messages—for free.

Similar battles are raging across the West. In Washington, voters will decide on I-1631, which would institute the country’s first per-ton carbon fee by charging $15 per metric ton of carbon emissions starting in 2020, then increasing the fee each year until the state meets its greenhouse gas reduction goals.
A group of oil and gas giants, including companies such as the Houston-based Phillips 66 and London-based British Petroleum, have provided nearly all of the more than $28 million raised by the opposition committee organized by the Western States Petroleum Association. And 98 percent of the group’s  contributions came from out of state.
Its total is about twice as much as the $14.8 million that the group pushing the measure raised, about 36 percent of which came from outside Washington.
The opposition group’s spokesperson, Dana Bieber, said it shouldn’t be surprising that oil and gas companies are major funders because “the proponents have exempted so many of the largest polluters in the state. They’ve only left energy companies and their customers on the hook.”
She said the initiative provides insufficient guidance on how to spend money raised by the fee and threatens to raise the cost of electricity and gasoline.
“The petroleum industry in Washington supports well designed, market-based programs to reduce greenhouse gas emissions,” added Western States Petroleum Association spokesperson Kara Siepmann, in an emailed statement. “Unfortunately, what I-1631 would impose in Washington will not meet the intended carbon reduction goals.”
Those supporting the measure include Washington residents, billionaire donors such as Bill Gates and Steyer, and advocacy groups including The Nature Conservancy based in Arlington, Va.
“I don’t think there’s any way we would’ve survived against this much money without this diverse of a coalition,” said Nick Abraham, spokesman of the proponent group, Clean Air Clean Energy WA.
A Crosscut/Elway poll from early October showed half of respondents favoring the measure but 14 percent were still undecided, enough to tip the outcome.
Montana is caught in a smaller but no less politicized fight of its own.
YES for Responsible Mining, with about $1.4 million in support from local conservation groups, outdoor recreation companies and individuals, is pushing for a ballot measure that would prohibit the permitting of any new mine that expects to produce never-ending water pollution.
The group opposing it, Stop I-186 to Protect Miners and Jobs, easily surpassed that total, with nearly all of its $5.2 million coming from the Montana Mining Association and its members. Neither the group nor the Montana Mining Association responded to requests for comment.
Jensen, from the Montana Environmental Information Center that helped write the initiative, said the coalition of supporters is being “suffocated by industry money.”

As the election approaches, though, some question whether the big cash from out-of-state fossil fuel and mining companies might be having the opposite effect of what was intended.
Abraham said out-of-state donors to Clean Air Clean Energy WA have been “disgusted” by the amount of money coming into the state from the fossil fuel industry that is “willing to do anything to shut this thing down.”
But in an election cycle heavy with out-of-state money, accusations of undue influence swirl from both sides.
In Alaska, the campaign manager of the group opposing Ballot Measure 1, which would tighten protections for salmon spawning streams, said the measure is being pushed by environmental groups outside Alaska: “Outside with a capital ‘O’,” Kati Capozzi said.
Opponents fear the measure’s potential to kill a proposed copper and gold mine and to complicate oil and gas exploration. In addition, Capozzi emphasized her group’s support from Alaska Native corporations and other groups besides heavy industry.
“Oil and gas pays a large part of bills around here.”“Since statehood, we’ve fought the outside interests. We have such a small claim anyway on our land to develop how Alaskans want to,” she said. “Oil and gas pays a large part of bills around here.”
Capozzi’s group has raised at least $11.4 million, far exceeding the $1.5 million brought in by the proponents.
Out-of-state donors, the largest being the charity New Venture Fund and conservative donor John Childs, accounted for about 46 percent of the monetary and in-kind contributions given to the main group pushing the initiative.
Childs, who is based in Florida and became a billionaire by organizing leveraged buyouts, said he owns a fishing lodge near several pristine Alaskan rivers. In an email, he wrote that he loves fishing in Alaska and thinks “fair minded Alaskans would appreciate” his role in providing them a voice in the issue.
“We do have donors from the Lower 48 who recognize that Alaska is the last great salmon landscape left in North America, and that thousands of families, communities and small businesses depend on the health of Alaska’s salmon fisheries,” Ryan Schryver, who helps lead the coalition, said in an emailed statement. “We have no issue with these donors joining the campaign.”
Millions of dollars also flowed to the measure’s opponents from companies operating in Alaska but headquartered elsewhere. Houston-based ConocoPhillips, for example, gave more than $1.2 million in monetary and in-kind donations. “We believe the ballot initiative, if passed, will create unnecessary permitting delays and senseless litigation,” ConocoPhillips spokesman Daren Beaudo said in an emailed statement.
Pebble Partnership, which owns the major mine threatened by the ballot measure, gave more than $1 million and is owned by Northern Dynasty Minerals based in Vancouver, Canada. “Permitting new mines would likely be impossible and existing mines would likely be shut down when they have to renew their permits,” spokesman Mike Heatwole said in an email.

The biggest out-of-state help on the environmentalist side has come in Arizona and Nevada, where the committees fighting for ballot measures that would institute ambitious renewable energy goals are funded by California billionaire Steyer’s organization, NextGen Climate Action. The group gave about $6 million to support Question 6 in Nevada and more than $19 million for Proposition 127 in Arizona, both of which would require utilities to obtain 50 percent of their electricity from renewables by 2030.
Steyer’s efforts have faced sporadic editorials but no significant financial opposition in Nevada, which already acquired 21.6 percent of its electricity from renewable sources in 2016, according to the Energy Information Administration.
A poll paid for by the Arizona Republic and published in early October found support for Proposition 127 trailing opposition by 13 percentage points. An April survey conducted by the Mellman Group, a consulting firm, found overwhelming support at that time for Question 6.
In Arizona, Pinnacle West Capital Corporation, parent company to the state’s largest utility, has outspent Steyer by $3 million in fighting the initiative.
A statement emailed by Pinnacle West’s public relations team said: “We support causes that are pro-business and supportive of a sustainable energy future for Arizona. By contrast, the ballot initiative by California billionaire Tom Steyer is irresponsible and bad for customers.”
Arizona’s Palo Verde Nuclear Generating Station is the largest nuclear power plant in the country, and the statement indicated that the initiative could force its premature closure in the next decade.
NextGen Climate Action did not respond to requests for comment for this story, but spokesperson Aleigha Cavalier previously told the Center for Public Integrity that the ballot measures came from cooperation with in-state groups and in response to the Trump administration stalling efforts to combat climate change.
This story is from the Center for Public Integrity, a nonprofit, nonpartisan investigative media organization in Washington, DC. Read more of its investigations on the influence of money in politics or follow it on Twitter. 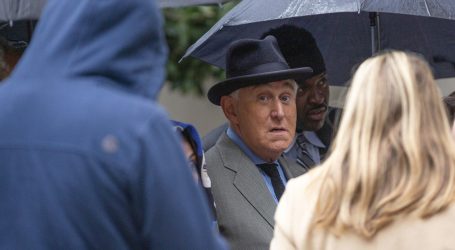 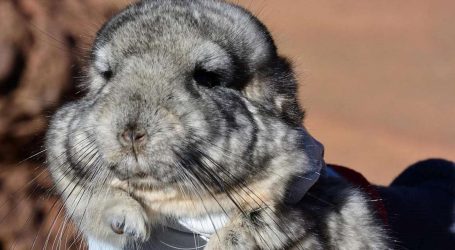