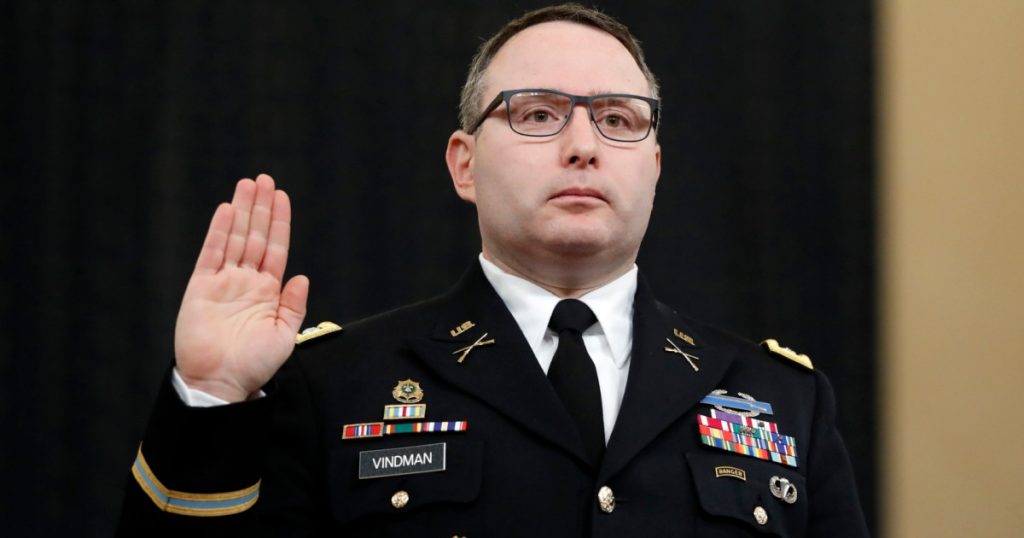 For indispensable reporting on the coronavirus crisis and more, subscribe to Mother Jones’ newsletters.Former Army Lt. Colonel Alexander Vindman, who was fired by President Donald Trump in February from his position in the National Security Council in apparent retaliation for Vindman’s crucial testimony in the House impeachment trial, has written a searing op-ed for the Washington Post. Vindman’s promotion to full colonel was sabotaged by the White House, so he retired from the military. On Saturday, Vindman marked his first day as a civilian by publishing an extraordinary editorial.

After 21 years, six months and 10 days of active military service, I am now a civilian. I made the difficult decision to retire because a campaign of bullying, intimidation and retaliation by President Trump and his allies forever limited the progression of my military career.

He goes on to describe his decision a year ago to raise concerns about the president’s fateful July 25 phone call with Ukrainian President Volodymyr Zelensky, during which Trump warned of withholding military aid unless Ukrainian officials investigated Democratic presidential candidate and former vice president Joe Biden, and his son Hunter, for corruption. Vindman was three-years-old when his family escaped from Ukraine.

At no point in my career or life have I felt our nation’s values under greater threat and in more peril than at this moment. Our national government during the past few years has been more reminiscent of the authoritarian regime my family fled more than 40 years ago than the country I have devoted my life to serving.
Our citizens are being subjected to the same kinds of attacks tyrants launch against their critics and political opponents. Those who choose loyalty to American values and allegiance to the Constitution over devotion to a mendacious president and his enablers are punished. The president recklessly downplayed the threat of the pandemic even as it swept through our country. The economic collapse that followed highlighted the growing income disparities in our society. Millions are grieving the loss of loved ones and many more have lost their livelihoods while the president publicly bemoans his approval ratings.

As my colleague Edwin Rios reported when Vindman was relieved of his duties at the National Security Council:

[D]uring a rambling, venting speech, Trump brought up Vindman and his twin brother Yevgeny, who works as a lawyer for the National Security Council. And then earlier during the day Friday before Vindman had been dismissed, Trump told reporters he was “not happy” with Vindman, adding: “You think I’m supposed to be happy with him? I’m not.” The New York Times reported that Yevgeny was also fired.
Senate Minority Leader Chuck Schumer suggested that the ousting of “patriots & whistleblowers like LTC Vindman” was an “extension of President Trump’s cover-up” in the Ukraine scandal.

Vindman recalls reassuring his father after the impeachment hearings that despite concerns about Trump, he remained optimistic about the United States:

The 23-year-old me who was commissioned in December 1998 could never have imagined the opportunities and experiences I have had. I joined the military to serve the country that sheltered my family’s escape from authoritarianism, and yet the privilege has been all mine.
When I was asked why I had the confidence to tell my father not to worry about my testimony, my response was, “Congressman, because this is America. This is the country I have served and defended, that all my brothers have served, and here, right matters.”
To this day, despite everything that has happened, I continue to believe in the American Dream. I believe that in America, right matters. I want to help ensure that right matters for all Americans. 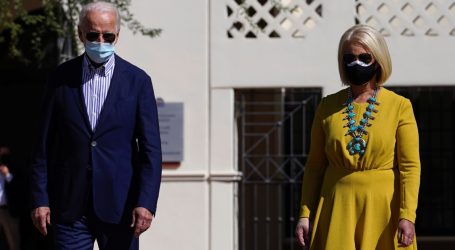 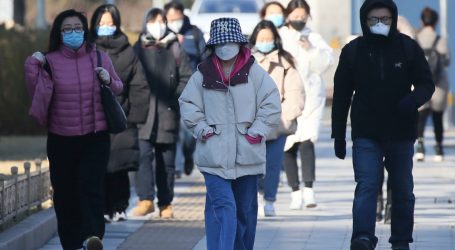