Reader Ben S. emailed last night to point me to a recent piece in Forbes about manufacturing employment. I was intrigued because it’s authored by Chuck DeVore, who just happens to be my former assemblyman. He ran for the US Senate in the Republican primary in 2010 but lost to Carly Fiorina and then abandoned California entirely for Texas. Apparently he’s now a vice president at the Texas Public Policy Foundation and he’s got something to say:
Over the past two years, with the encouragement of the Trump Administration’s red-tape cutting policies and the tax cut and reform law passed in December 2017, manufacturers added 467,000 jobs, more than six times the 73,000 manufacturing jobs added in Obama’s last two years.
“If it is true it does seem fairly impressive,” says Ben. And I’ll eliminate the suspense right now: it’s true. But it’s also a great example of how to lie with statistics. I’m going to show you three charts. Here’s the first one:
That doesn’t look like much, does it? Just a very slow and steady rise in the number of manufacturing workers. So where does DeVore get his claim that Trump is adding manufacturing jobs at 6x the rate of Obama? Here’s a second chart that zooms in a little closer:
Hmmm. It does look like Trump has seen a nice upward bump during his first two years, but it’s obviously nowhere close to 6x Obama’s growth rate. So here’s yet another chart:
This finally makes it more obvious what’s going on. Obama had one bad period of manufacturing job growth: 2015-17. By cherry picking that period, DeVore gets his 6x ratio. If he had done it honestly, simply comparing Trump’s first two years to Obama’s entire post-recession record, he could have said that Trump’s growth rate was 70 percent higher than Obama’s. Not bad! But that’s never good enough for these guys. They always have to overdo it.
POSTSCRIPT: But wait a second. Even if it’s not 6x, why are manufacturing jobs growing faster under Trump than Obama? I don’t think there’s any answer to that. DeVore naturally chalks it up to “red-tape cutting policies and the tax cut and reform law,” but that’s nonsensical. There’s been no particular red tape that Trump has cut that affects manufacturing right now, and the tax cut—if it had any effect at all—wouldn’t have kicked in until mid-2018. But the growth rate has been pretty steady since December 2016. The same goes for Trump’s steel tariffs: they might have boosted domestic manufacturing employment a bit, but they didn’t kick in until mid-2018.
I doubt there’s any real answer at all. The numbers involved are small and noisy, and they can go up and down by a few thousand for no special reason. The economy has been fairly good for the past two years, and that’s helped manufacturing slightly. That’s probably all there is. 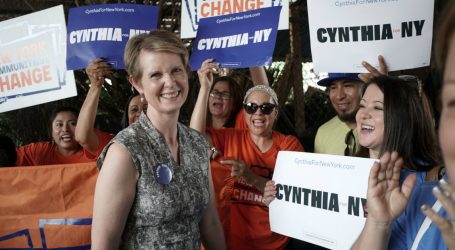