The stifling Senate committee room was packed to the point that state Capitol police flanked the door and were barring all newcomers. So I cooled my heels and waited for Judy Craft to walk out.

She finally did, and we strolled down the long hallway in search of a quiet spot. That found, Craft dug among the many papers in her tote and pulled out copies of a questionnaire she had put together last year.

It had been aimed at two Republican primary candidates in the race for Senate District 21. The topic was gambling. Craft, a church activist from Forsyth County, would end up distributing the document to some of the largest churches in north Fulton and Cherokee counties.

One question: “Will you vote for the enabling legislation…that supports horse racing and pari-mutuel betting and/or casino gambling in Georgia?”

Incumbent Brandon Beach of Alpharetta, who would win his contest, had scratched out the casino reference and scrawled: “Horse racing only.”

The irony was that, one year later, Craft had just exited a hearing on Senate Bill 79, which would permit the establishment of two “destination resorts” in Georgia. Casinos, in other words. The bill’s chief sponsor is the re-elected Beach. And it has no provision for horse-racing.

Since then, I’ve had two telephone conversations with Beach. The first one began with something like a sigh.

“At the time, I wasn’t going to carry the casino bill,” the senator said. “I was trying to get horse-racing done.”

This is a tale of how issues morph and minds change — or have change foisted upon them — during the hothouse of a legislative session.

Beach was, in fact, the sponsor of a bill to permit pari-mutuel wagering on the ponies last year. It was something of a natural fit — north Fulton is a haven for stables and the horsey set.

S.B. 264 was free of any casino language, and won committee approval – but then died.

In the post mortem that followed that summer — after the primary in which Beach secured his re-election — Beach said he was advised to merge his horse-racing efforts with those of state Rep. Ron Stephens, R-Savannah, a top advocate for casinos in Georgia.

Champions of the two causes had been working at cross-purposes. State lawmakers, Republicans in particular, might tolerate one risk-laden vote. But not two.

And so gaming forces combined. The alliance survived until early January, when Beach and Stephens walked into the office of Chris Riley, chief of staff for Gov. Nathan Deal. We do not know who was in the meeting. And Beach would not divulge what was said.

But we’re told that during that session, the two lawmakers were offered very firm suggestions about what ought to be included in their legislation. And what ought not.

When S.B. 79 made its formal debut late last month, horse-racing had disappeared entirely.

And Beach is carrying it – attempting to create an alliance of suburban Republicans, rural Republicans and Democrats of all stripes. What was once a bill to boost the merit-based HOPE scholarship would now also fund a laundry list of causes, including HOPE scholarships for poor students, assistance for rural hospitals, and broadband access for rural Georgia.

Beach is pressing for a Thursday vote by the Senate Committee on Regulated Industries and Utilities.

But back to that questionnaire.

“I believe the senator owes the churches an explanation as well as an apology for saying he is opposed to casinos and then sponsoring legislation to bring casino gambling to Georgia,” Craft said.

Beach disagrees. “[The bill] has evolved and has changed. I have every right to change my mind. It wasn’t a moral issue. It was a business issue,” said Beach, who is also president and CEO of the Greater North Fulton Chamber of Commerce.

In Beach’s mind, gambling has been a settled matter in Georgia since 1992, when a voter-approved lottery began operating, sending armies of kids to college. “It’s been the best thing that ever happened to us,” he said.

The current discussion is simply about the form of gambling that should take place, Beach maintains. If any other business had approached lawmakers in the Capitol, promising a $2 billion investment and thousands of jobs, with no demands for tax incentives, “we’d throw them a parade,” Beach said.

But the questionnaire remains a sensitive topic. It was distributed at the First Baptist Church of Alpharetta, where Beach and his family are members. Many of his fellow congregants are on the opposite side — including the senior pastor, the Rev. Thomas Hammond, who is also the current president of the Georgia Baptist Convention.

Beach says discussions have been civil. As evidence, he pointed to the fact that he has invited Hammond to be the Senate’s “preacher of the day” on March 13.

As I was preparing to write this on Wednesday morning, my cell phone rang. It was Pastor Hammond, calling from Sierra Leone, some 5,682 miles away in west Africa. He and other church members were wrapping up a missionary trip. Among other tasks, they had helped expand a local clinic that had been sole surviving treatment center during the last Ebola epidemic.

Hammond was responding to an email I had sent him the previous day. He assured me that he thought well of Beach. “Brandon is a nice guy. I love his wife. His kids are great,” he said.

But he wanted to make sure I understood that he was adamantly opposed to casino gaming. (His Southern Baptist denomination, in fact, has helped organize the opposition in the Capitol.)

Hammond mounted familiar arguments, most disputed by gaming supporters: That it would increase sex-trafficking in Georgia. That it would sharpen gambling addictions. That gambling is a drain on the poor, who can least afford it.

“What happens in Vegas needs to stay in Vegas. Don’t bring that to Georgia,” Hammond concluded. Even 5,000 miles away, some preachers just can’t resist a pithy line.

I asked Hammond about the questionnaire. “It was written in his own hand,” the pastor observed.

The next few Sundays at First Baptist of Alpharetta should be interesting. 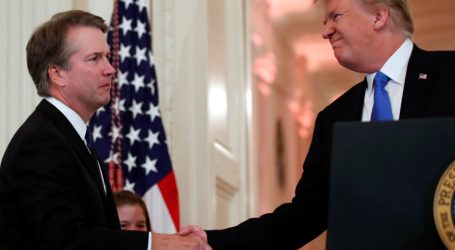 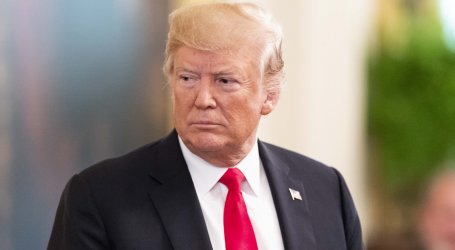