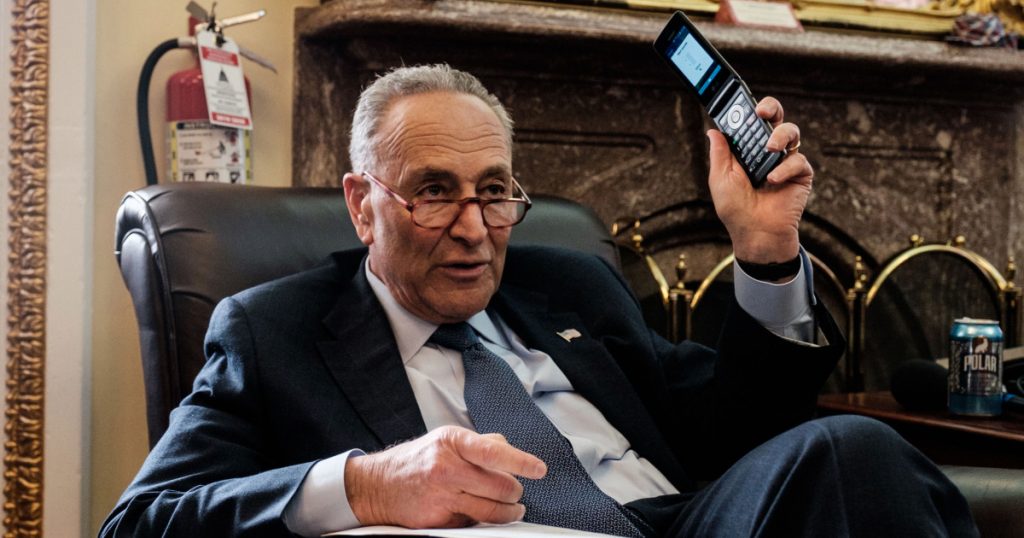 Let our journalists help you make sense of the noise: Subscribe to the Mother Jones Daily newsletter and get a recap of news that matters.When asked about how he communicates with his Democratic colleagues Tuesday afternoon, Senate Majority Leader Chuck Schumer whipped a fossil out of his pocket—a flip phone.

Asked how he’s keeping the Democratic caucus united with such a slim 50-50 majority, Leader Schumer confidently held up his flip phone and said: “This is my answer.” pic.twitter.com/x7rHXOCsyR
— Ali Zaslav (@alizaslav) February 23, 2021

After doing a bit of research, I’m fairly confident that this is a LG Wine. Which means that Chuck Schumer seems to use a discontinued flip phone that has a 3 star rating to do his business. One troublesome bit: The LG Wine might not have a functional caller ID, according to reviewer Kim1234. “You do not know who is calling until you open up the phone, at which point the call is then answered,” the user wrote. (Kim1234 did not recommend the product.)
Schumer’s office has not responded to a request for comment on the senator’s texting habits, or whether he owns any other phones.
Either way, I can’t shake the image of Schumer hunched over his alphanumeric keypad, trying to eke out a text message using T9 to ask for a vote, hoping not to go over his data limit. 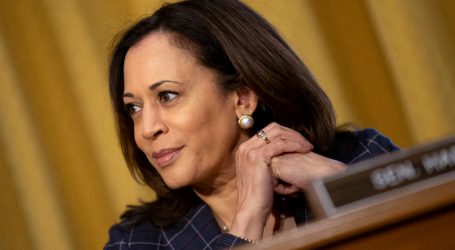