After taking the time to digest the Democratic National Convention, it feels like in forging their path to the White House, the Democrats have placed their bets on selling a Ronald Reagan-like “it’s Morning in America” view of our nation. Putting aside the fact that the solution of removing DNC chair Debbie Wasserman Schultz from the convention after the email scandal was akin to discovering a student graduating from high school was found to have cheated in their classes and simply removing the principal as a fix but still holding the graduation.

The Democratic National Convention largely sold black America #nevertrump, rather than #whyhillary. This Trump-centric message was pushed to the forefront by black leadership, who made Donald J. Trump black America’s worst nightmare, all without ever truly telling us from a policy standpoint why he’s so much scarier than the status quo. If under President Barack Obama, food stamps were cut by 8.7 billion dollars, while both poverty and unemployment rates for blacks increased during his terms, how is standing pact an answer?

Pundits such as Eric Dyson are quoted as saying the primary voting priority for blacks is to not allow Donald Trump to become President. This type of fear mongering was supported by Dyson, making the case that Black Americans are not sophisticated enough voters to implement creative voting strategies. In the article “Why Does Michael Eric Dyson Think Most Black People Are Stupid?”, author Nathan Robinson wrote this about Dyson’s statement that black America is largely unable to understand voting strategically:

Dyson suggested that black people were incapable of understanding the strategic voting concept: “I wish that black people were political scientists who could adjudicate competing claims about rationality, on the one hand, and demagoguery, on the other. I’m telling you, at the end of the day, the black people you’re concerned about, the vulnerable people you’re concerned about, can’t make distinctions — if you’re in a blue state or in a red state — they can’t color-book like that.”

Professor Glaude understandably recoiled at this bizarre reply, explaining to Dyson that he was being“condescending” and needed to have a “fundamental faith in everyday, ordinary people.” Dyson replied that he did understand ordinary people, because “I preach to them every Sunday.” The debate then descended into incoherence and cross-talk. Dyson’s comments are worth highlighting, because they demonstrate a type of argument commonly exhibited by Clinton supporters. This argument suggests that criticisms of Clinton (however valid) should be silenced, because they threaten to hand Trump the election

This type of black leadership is the exact kind predicted by segments of the black intelligentsia well before Hillary Clinton’s nomination. In my discussion with political pundit Yvette Carnell of Breaking Brown, she had this to say months ago about Hillary’s strategy to gain the black vote after the Democratic convention.

“I think Bernie’s gonna make a small show at the Democratic convention. Then its gonna be all Hillary. Of course I think he’s gonna bless Hillary… Then Hillary is gonna try to go get Republicans, she’s gonna forget about black people. The only time you’re gonna hear Hillary talk about black people is when we’re talking about Trump, because she’s gonna try to use that as oh my god you can’t vote for him he’s racist, he’s racist. But she isn’t gonna put any policy on the table about what she intends to do to help black people.”

True to form, Bernie Sanders blessed Hillary, and the Democratic convention largely swung more to a campaign built around being the light to Donald Trump’s darkness, rather than an answer to Black America’s pain. During the four days of the Democratic convention, American exceptionalism was on full display, from us visualizing Michelle Obama’s African American kids playing on the White House lawn to President Obama telling us America is great. All while the fundamentals of the struggles of black life across this country were largely set to the side.

This optimistic note was the model for most speeches at the convention, all this despite lead filled water in Flint, Michigan, still wreaking havoc leaking from families’ sinks and Freddie Gray’s prosecutor Marilyn Mosby all but indicting the Baltimore Police Department’s handling of the Gray murder investigation.

The background of this convention set in Philadelphia was one of a nation divided and torn at its core, no matter how many times each speaker used the word united. A nation facing a climate of rich versus poor, Americans against those that are Muslim, and police against #blacklivesmatter.

President Obama in his speech seemed to go back in time to 2008, a time before we knew the names Trayvon Martin, Eric Garner or Mike Brown. The President’s words seemed to wander into his lofty rhetoric of optimism, with him stating,

“Most of all, I see Americans of every party, every background, every faith who believe that we are stronger together – black, white, Latino, Asian, Native American; young and old; gay, straight, men, women, folks with disabilities, all pledging allegiance, under the same proud flag, to this big, bold country that we love. And there is only one candidate in this race who believes in that future, has devoted her life to that future; a mother and a grandmother who would do anything to help our children thrive; a leader with real plans to break down barriers, and blast through glass ceilings, and widen the circle of opportunity to every single American – the next president of the United States, Hillary Clinton.”

The problem is African-Americans know better then to rely on lofty rhetoric this time, and we are better for it. So now, the challenge comes for black America to not be guided by fear either and act on what it has learned to move toward demanding more than #nevertrump from Hillary Clinton.

Antonio Moore, an attorney based in Los Angeles, is one of the producers of the Emmy-nominated documentary Freeway: Crack in the System. He has contributed pieces to the Grio, Huffington Post, and Inequality.org on the topics of race, mass incarceration and economics. Follow him on YouTube Channel Tonetalks. 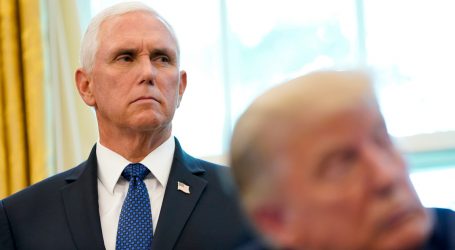 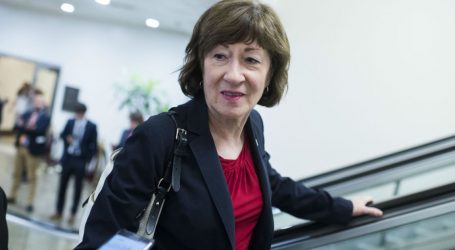 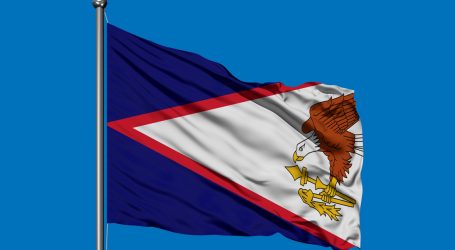