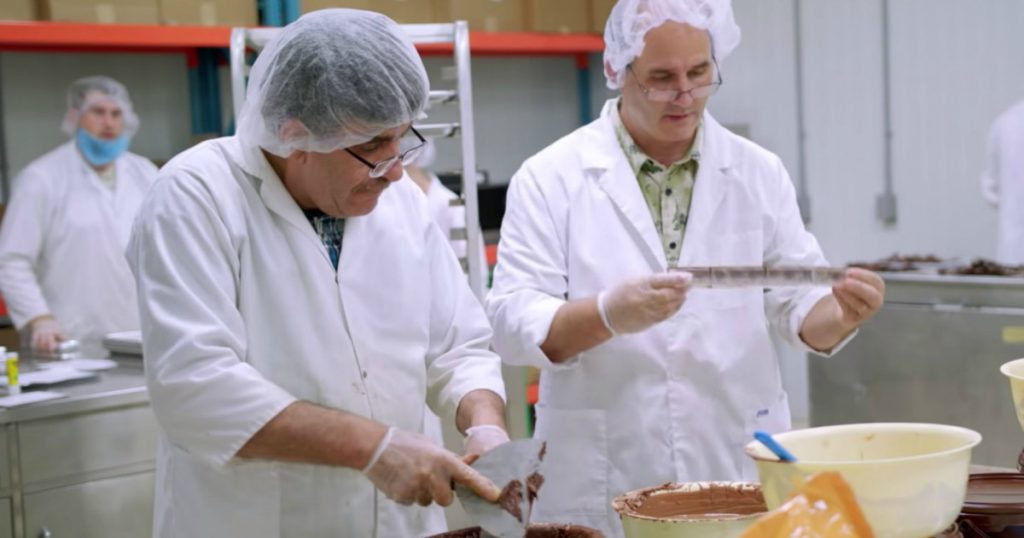 Isaam Hadhad with Frank Gallant in the chocolate factory. Jonathan Keijser/Courtesy of the Atlantic

In Syria, Isaam Hadhad ran one of the largest chocolate factories in the Middle East. But after a bombing destroyed his factory, Hadhad and his family fled to a refugee camp in Lebanon, eventually gaining asylum in Nova Scotia, Canada, in 2016. Without money or English-language skills, rebuilding his business was difficult, but he started small, baking sweets and selling them at the farmers market.
Locals noticed and soon came to Hadhad’s support. His new neighbors—including carpenters, plumbers, and electricians—helped him build Peace by Chocolate, Hadhad’s Canadian chocolate factory.
One of Hadhad’s new friends is Frank Gallant, who often works beside him in the factory. Their unlikely friendship is the subject of a new 12-minute film, Brothers, recently published in The Atlantic. “It’s harder for us to have a deeper conversation about life…versus just doing an activity,” says Gallant, but they’re learning to communicate.
“Frank and I, how we interact…it’s like two brothers. He encouraged me to live,” says Hadhad. “If all people walked together as if they had one heart, there’s hope for the future.”
Recharge is a weekly newsletter full of stories that will energize your inner hellraiser. Sign up at the bottom of the story.

An innocent man. Alfred Dewayne Brown spent nearly a decade on death row for murder. But in 2015, a judge tossed out his conviction after discovering that an assistant district attorney hid evidence supporting Brown’s claims. Though he was released, Brown was never declared innocent, which prevented him from receiving compensation for the wrongful conviction. Thanks to a new district attorney reopening his case, Brown was finally exonerated earlier this month, allowing him to receive as much as $80,000 for each year he spent in prison. “It’s been a long, long road for him,” said Brown’s lawyer, Neal Manne, “and it feels really good that the district attorney is now on his side.” (Texas Tribune)

Beating the trolls. Seventy-five thousand people have joined a Swedish Facebook Group that fights trolls with love. The group, called #jagärhär, Swedish for “I am here,” aims to do what governments and tech companies have not: change the conversation. Members enter comment sections that have turned toxic and leave positive notes; other times they support people who have been harassed. “We want the comment section to look more like society and the way to do this is enable people to speak and participate,” says Mina Dennert, the group’s founder. (The Guardian)

Love and nature. One of DC’s oldest hiking clubs is proving to be quite the matchmaker. Thanks to the Wanderbirds Hiking Club, at least 10 members have met through the hikes and gone off to marry. One of the couples, Marsha Johnston and Emil Friberg, even brought the club’s trail-marking red arrows to their wedding ceremony. Friberg said another club member encouraged him to ask out Johnston after seeing them together, saying, “Just do it!” So he did. (Washington Post) 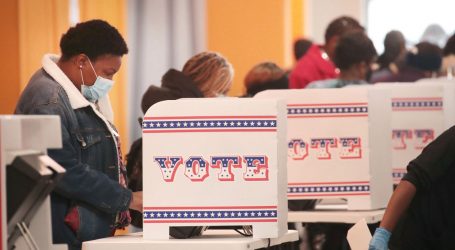 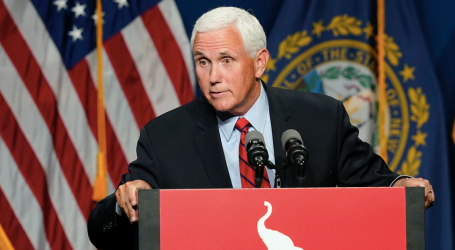