Democrat Jon Ossoff called for a special prosecutor Tuesday to “investigate Russian interference,” seizing on the stunning move by President Donald Trump to abruptly fire the director of the FBI amid a criminal investigation into whether his advisers colluded with the Russian government.

Seizing on the shocking news of James Comey’s sudden termination, the 6th District candidate said on Twitter that the firing raises “severe questions” and that there should be bipartisan support behind a special prosecutor to investigate whether Russia tried to influence the outcome of the 2016 vote.

His Republican opponent in the June 20 runoff, Karen Handel, did not comment Tuesday on Trump’s decision. Handel, a former Georgia secretary of state, has sought to sidestep Trump’s controversies, though she has more aggressively embraced the president since her No. 2 finish in the April 18 vote.

Democrats hope Comey’s firing will spark more support for a probe of Trump’s ties to Russia and give them an advantage in Georgia’s special election, considered a must-win for Republicans. The race for the suburban district, for decades held by the GOP, has become the nation’s premier 2017 political contest.

Other Georgia Democrats quickly pounced on Comey’s firing as well. Rep. Hank Johnson, Ossoff’s mentor and former boss, said the timing “suggests an attempt to squelch (an) investigation in an effort to cover up wrongdoing.”

And Democratic Party of Georgia chair DuBose Porter invoked Trump’s firing of Sally Yates, a former Georgia prosecutor who was briefly the acting U.S. Attorney General, in condemning Trump’s decision and echoing the calls for a special prosecutor.

Handel wasn’t the only Georgia Republican leader to keep quiet. Most of the state’s GOP establishment had no public comment on the decision by late Tuesday.

Trump linked his decision to fire Comey to his handling of the probe into Hillary Clinton’s use of a private email server while she served as secretary of state. But his termination letter to Comey invoked the Russia inquiry, mentioning “three separate occasions” where he said the FBI chief told him he wasn’t under investigation. 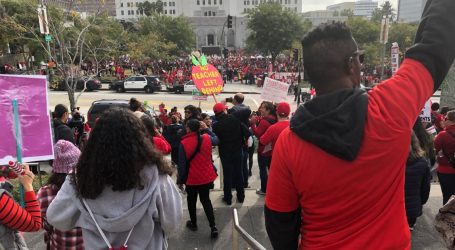 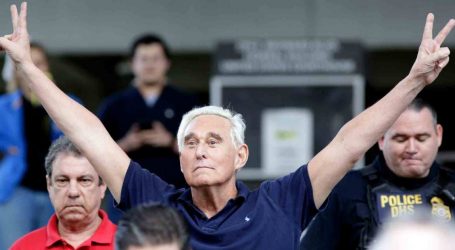