Black Politics
11 hours ago-My Daughter Ran. My Father Was Shot. I’ll Never Forget the Strangers Who Helped Us.
11 hours ago-If Republicans Retake Congress In November, Here’s What Their Agenda Will Look Like
11 hours ago-Wendy Davis Reflects on the End of Roe Nearly a Decade After Her Iconic Filibuster
1 days ago-When Abortion Was Illegal, Adoption Was a Cruel Industry. Are We Returning to Those Days?
3 days ago-Non-Mexican Migrants Awaiting US Hearing Must Stay in Mexico—for Now
Local News 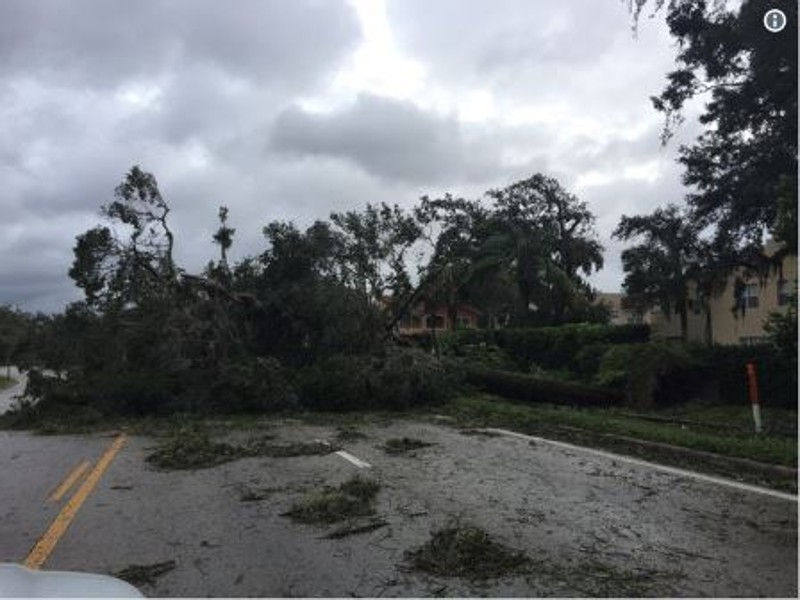 With the worst of Irma expected to reach the Atlanta late this afternoon and evening, it’s still a good idea to stay home from work if you’re able, Georgia Department of Transportation spokeswoman Natalie Dale said.

Anyone caught on the road on their way home this afternoon could find conditions dramatically worse.

“We don’t want them to be lulled into a false sense of security because it’s not so bad outside (right now),” Dale said.

UPDATES: Irma kills power to 350,000 on coast and across South Georgia

GDOT has more than 100 maintenance employees and contractors out in metro Atlanta clearing debris and checking storm drains in preparation for high winds and possible flooding this afternoon. That preemptive work will help alleviate problems, Dale said.

But with the worst of the storm yet to come, there will be flooding and downed trees later, she said.

Gov. Nathan Deal has declared a state of emergency and urged residents to stay in today, and MARTA and other transit agencies have canceled service.

“We hear, ‘is this an overreaction?’” Dale said. “The time to make decisions for the safety of the public is before the storm comes in, not as the storm comes in. That’s something we’ve learned from hurricanes and from winter weather.”