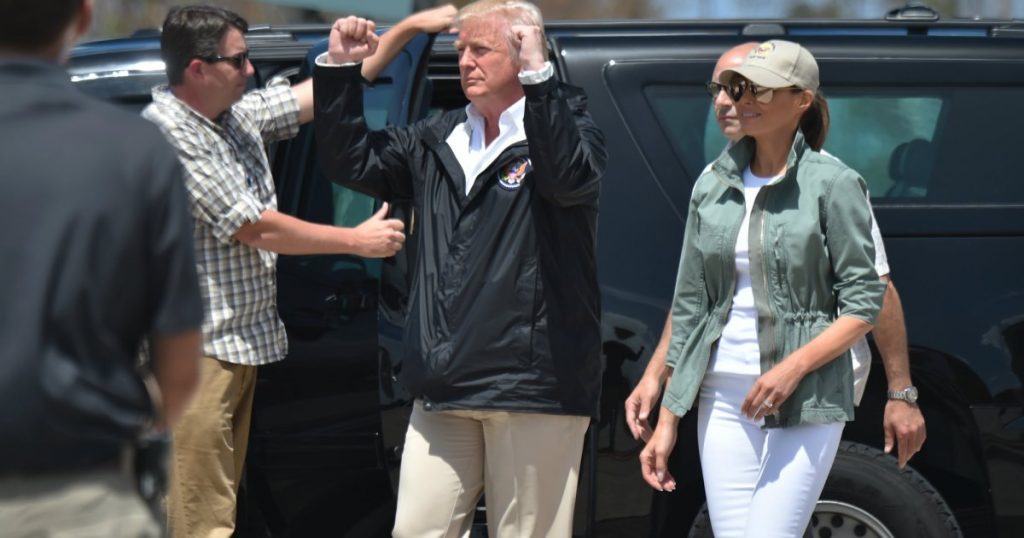 A year after the most destructive hurricane season in American history stretched the Federal Emergency Management Agency’s resources to capacity, the government agency charged with administrating disaster relief has to prepare for the strongest storm to hit the East Coast in over a decade.
Hurricane Florence, a Category 4 storm expected to devastate the Carolinas with 130-mph winds and severe flooding, will be FEMA’s first major challenge during an otherwise mild hurricane season. Citing cold temperatures in parts of the Atlantic Ocean, researchers had predicted a “below-average” hurricane season after last year’s devastation in Texas, Florida, Puerto Rico, and the Caribbean. This year may still prove to be milder overall than 2017, but with tropical storms Olivia, Isaac, and Helene threatening to follow on Florence’s heels, FEMA staffers are likely to face a demanding few weeks.
Florence comes at a perilous time for FEMA. Last week, the nonpartisan Government Accountability Office described a slow and haphazard response to Hurricane Maria in Puerto Rico because agency staffers were “overwhelmed” by the demanding logistics involved in responding to the natural disasters in the Caribbean, Texas, Florida, and California. The report found that, at the height of staff deployments in October, 54 percent of FEMA employees were not qualified for their role. The report noted that some officials “were not physically able to handle the extreme or austere environment of the territories, which detracted from mission needs.” Others could not speak Spanish, which stunted their ability “to communicate with local residents or translate documents.” Nearly 3,000 Puerto Ricans died during the storm.
“I’m confident the response in 2017 was good and I’m confident this response will be good.”On Tuesday, FEMA Associate Administrator Jeff Byard defended the agency’s response and assured reporters that it was up to the task of responding to Florence. “I’m confident the response in 2017 was good and I’m confident this response will be good,” he said in comments reported by Bloomberg. President Donald Trump echoed a similarly upbeat message in a briefing with reporters alongside FEMA Administrator William “Brock” Long. Trump called the federal government’s response to Puerto Rico an “incredible unsung success” and said FEMA has already done a “fantastic job” preparing for Florence.
Two months ago, FEMA acknowledged in its own post-mortem report that the summer from hell, which saw Hurricanes Harvey, Maria, and Irma, along with a spate of wildfires across California, stretched agency resources to their capacity, leaving it unprepared. Agency officials said FEMA “improved its logistics operations” and bulked up staffing ahead of this year’s hurricane season, but its report ultimately called on local, state, and federal partners to pick up their share of the work. “The work of emergency management does not belong just to FEMA,” the report stated. “It is the responsibility of the whole community, federal … private sector partners, and private citizens to build collective capacity and prepare for the disasters that we will inevitably face.”
One of the problems has been staff morale. Overworked staffers, many of whom lacked federal health insurance, were told last year that they may need to give back some of the overtime pay they had accrued during last year’s historic hurricane season due to a law that caps the amount of “premium pay” distributed to employees. Congress ultimately raised the pay cap in 2017, but the agency’s internal watchdog found in July that FEMA may have been overpaying employees for years because officials mistakenly believed their payroll provider would have enforced the cap.
Employee morale has ebbed and flowed since FEMA transitioned in 2003 from a standalone agency to a subsidiary of the Department of Homeland Security, but added to the overtime fiasco were other serious workplace dysfunctions. In July, the agency announced that Corey Coleman, a senior official who led FEMA’s personnel department for seven years, had resigned amid allegations of sexual harassment. The Washington Post reported that Coleman oversaw a “toxic” culture in the human resources division, where he “hired many men who were friends and college fraternity brothers and women he met at bars and on online dating sites.”
In an appearance before the House Appropriations Subcommittee on Homeland Security, Long told lawmakers that his staff was “tapped out” from the stress of “actively responding around the clock” to hurricanes, fires, and other natural disasters. Now FEMA faces the gargantuan task of responding to a storm that has put four states and Washington, DC on high alert. “This is a dangerous situation,” Long tweeted Tuesday.
By Monday evening, FEMA had transported “more than 80,000 liters of water, 402,000 meals, 1,200 cots and 34 generators at Fort Bragg near Fayetteville, North Carolina,” according to USA Today. The agency is using two military bases near Columbia, South Carolina to distribute further supplies. The Defense Department has also activated 30 Navy ships and nearly 1,000 members of the National Guard to assist with the relief effort. Florence is set to make landfall late Thursday or early Friday. 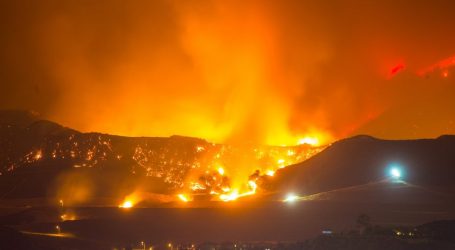 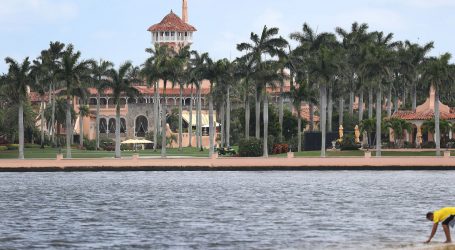 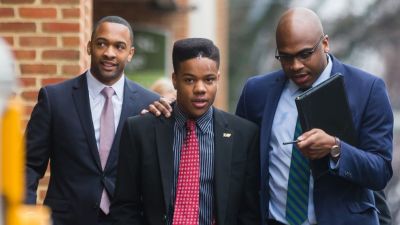