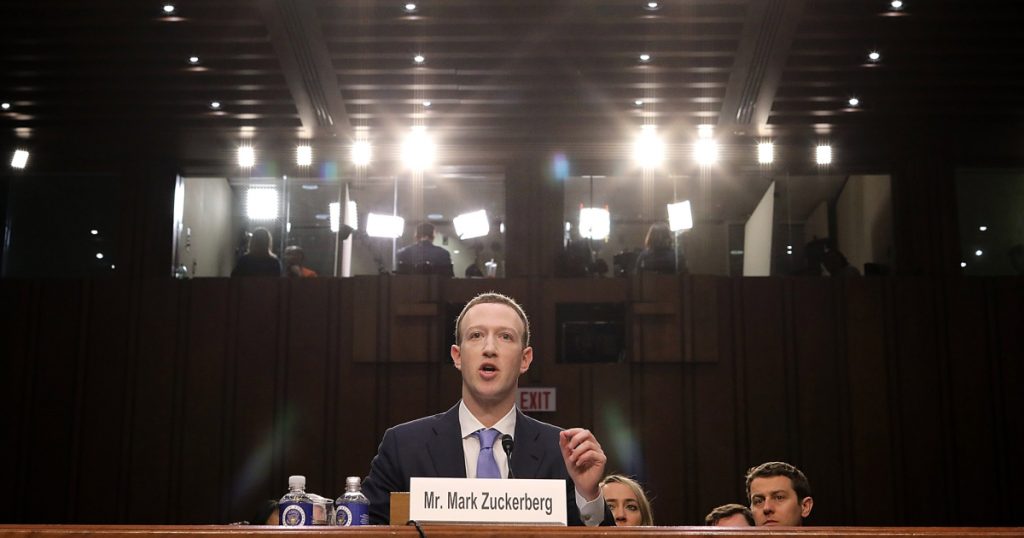 Let our journalists help you make sense of the noise: Subscribe to the Mother Jones Daily newsletter and get a recap of news that matters.The civil rights group Muslim Advocates sued Facebook and four of its top executives on Thursday, arguing that the social media giant is violating the law by claiming to always take down hate speech while, in fact, often choosing to leave it on the platform. At heart, it’s a fraud case: Just as any other company cannot make false claims about its practices, the group says that if Facebook is not going to take down dangerous content, then they should at least be honest about it.
In a complaint filed in DC Superior Court with the civil rights firm Gupta Wessler, Muslim Advocates lays out numerous instances where Facebook was alerted to anti-Muslim content that violates the platform’s rules but failed to remove it. The complaint contrasts these incidents with statements from CEO Mark Zuckerberg and other top officials promising—including in sworn testimony to Congress—that when Facebook becomes aware of content that violates its policies, it takes it down.
“We have been fighting this fight for eight years with Facebook. We have been over and over again flagging this content, talking about the content, and talking about the real world consequences of this content,” says Mary Bauer, legal director for Muslim Advocates. “We, at the same time, like so many other people, have watched these congressional hearings in which Facebook officials show up and tell this story that is just a bald-faced lie, which is that they are taking down all content that violates their community standards or policy.”

That gulf between promises and practices, the suit alleges, is illegal under the District of Columbia’s expansive consumer protection statute. “Facebook’s executives might believe that they are legally entitled to operate a social media platform that acts as a cesspool for hate,” the complaint states. “But what its executives certainly cannot do is misrepresent to Congress, national civil rights leaders, and its users in the District of Columbia that Facebook does, in fact, remove or take down content that violates its own standards and policies while routinely refusing to do so. Facebook has no free license to make false or deceptive statements in the District of Columbia as part of its longstanding campaign to make Congress and the American people believe that Facebook is a safe product and to discourage increased regulation by Washington.”
The lawsuit claims that, just like any other business, Facebook must be transparent and honest about its product. Peter Romer-Friedman, one of the attorneys who filed the case, analogized the situation to a car manufacturer that lies about vehicle safety. “I don’t want to learn that a company lied about whether my airbag is safe or not, or whether the brakes are going to give out,” he says. “We also don’t want companies to make misrepresentations about their content moderation or what they’re doing to keep their their digital platforms safe. Online platforms are just businesses in the same way that a bar or restaurant or a car company is a business, and all businesses have to follow the same rules.”
In response to the suit, Facebook stressed its dedication to removing hateful content. “We do not allow hate speech on Facebook and regularly work with experts, non-profits, and stakeholders to help make sure Facebook is a safe place for everyone, recognizing anti-Muslim rhetoric can take different forms,” a Facebook spokesperson said Thursday. “We have invested in AI technologies to take down hate speech, and we proactively detect 97 percent of what we remove.”
Muslim Advocates, a nonprofit organization, has pressured Facebook take anti-Muslim hate on the platform seriously going back to 2013, making calls, attending meetings, writing letters, and issuing reports. It has repeatedly brought examples of anti-Muslim groups and event pages on Facebook to the company’s attention, but Facebook often failed to remove the dangerous content. Across the same time, Facebook executives increasingly trekked to Capitol Hill to testify, where they would promise that hate groups are not tolerated.
“When Mr. Zuckerberg comes to Washington, he and his senior executives state the same refrain: ‘If we learned about content that violates our community standards or policies, we will remove it, we will take it down,’” says Romer-Friedman. “This isn’t even just in contemporaneous responses to questions. This is in congressional testimony that they they submitted in writing. So they’ve chosen their words carefully. And we allege that these are false and deceptive words.” In addition to Facebook, the lawsuit personally names Zuckerberg and COO Sheryl Sandberg, who have testified before Congress, as well as Vice President for Global Policy Joel Kaplanand Vice President for US Public Policy Kevin Martin, whom the lawsuit alleges helped craft their testimony, as defendants.
In April of 2018, for example, CEO Mark Zuckerberg told the House Energy and Commerce Committee that “if there’s a group that—their primary purpose or—or a large part of what they do is spreading hate, we will ban them from the platform.” But not long before, as Mother Jones previously reported, Muslim Advocates had sent the company a list of 26 anti-Muslim groups on Facebook. As Zuckerberg made his promise, 23 remained active.
“We have begged and pleaded for years for Facebook to do the right thing, and at this point, to just conform their actions to their statements,” says Bauer. Muslim Advocates wasn’t alone in making such requests. The complaint highlights the work of Elon University Professor Megan Squire, who in September 2018 brought to Facebook’s attention 201 anti-Muslim groups operating on the platform. They included one called “American Infidels Alll,” whose page description reads “DO NOT SUBMIT TO aLLAH. Show no mercy. Kill all of them when it starts.” Another, called “Anti-Islam Movement,” displayed a cover photo of the scope of a gun and the caption “72 Virgins Dating Service, The Relationship is up to you . . . We just arrange the meeting.” While they’ve since been removed, Facebook initially refused to take down either group. According to the complaint, half of the groups flagged by Squire remain on Facebook.
Facebook’s failure to address anti-Muslim content on its platform has been a notable enforcement issue for years. Last year, a civil rights audit commissioned by the company after the insistence of civil rights groups noted the platform had failed to take anti-Muslim messages as seriously as other hateful content.
“Our complaint was 50 pages, it could have been 5,000,” says Bauer. “We could have just sat there day after day after day inputting examples of this virulent material… This is not a question of one or two things falling through the cracks. Over and over and over again, they have failed to deal with content that has had deadly consequences.”

Bauer hopes the lawsuit sheds some light on the reason. “We really expect to be able to get into discovery and to be able to ask those questions and to take people’s depositions,” she says. “There’s certainly the issue that they’re monetizing hate. But is that all of the story?” 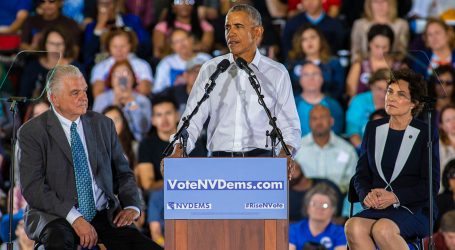