Black Politics
4 hours ago-Lit: President Biden Issues Pardons for Federal Marijuana Possession
4 hours ago-Herschel Walker Says the Allegations Against Him are Untrue and He Didn’t Send Anyone Money for an Abortion, But That He Sent Lots of People Money for Lots of Things and It’s Hard to Keep Track, and If the Story Were True It Would Be Nothing to Be Ashamed of Because He Believes in Forgiveness, But He Has Done Nothing to Be Forgiven For, and Is Living Proof That You Can Make Mistakes and Move Forward, Which Is Really What This Campaign Is All About.
4 hours ago-How a Hostile America Undermined Its Black World War II Veterans
4 hours ago-Pathos and Panic: Russians Are Mobilized for an Undeclared War
1 days ago-Biden and DeSantis Pledge Relief and Cooperation After Hurricane Ian
Black Politics
October 14, 2015
Author: jwelcome

With its driving bass line and sometimes-powerful political messages, hip-hop has long served as the voice of disenfranchised youth of color.

“Hip-Hop has typically been critical of the powers that be, but also been driven by a desire for those in power to improve the environment,” All HipHop wrote in 2010. Hip-Hop to the core is an outsiders attempt to get insiders to listen to their plight, concerns and issues. The rise of the emcee is, in part, because those voices were ignored.”

But Illinois Senator Barack Obama changed the game by empowering some voices of hip-hop, encouraging Jay Z and Diddy to campaign for him, playing the music at his campaign events, and referencing it in his speeches.

And hip-hop loved him back. Obama was able to parlay that love into mobilizing youth voters of color in unprecedented numbers, which in part helped him make history to become the first Black president of the United States in 2008 and to win re-election in 2012.

Now, the big question is whether 2016 Democratic presidential candidates will be able to maintain the momentum. Rashad Robinson, director of the Color of Change, the nation’s largest online civil rights group, says the answer is yes and no.

When Obama was running for office, Robinson tells NewsOne, he was able to tap into issues of culture, including hip-hop, which resonated with youth voters of color.

Still, reaching youth through hip-hop is an important tactic for presidential candidates. We’re sure you remember when Hillary Clinton did the “Whip/Nae Nae” on Ellen DeGeneres. That was a big no-no, right?

“In 2016, the issue will be less about connecting with the candidates, but more about accountability on issues like Ferguson and other police-involved shootings around the country,” Robinson continued. “Those are the issues that will motivate youth voters this time around.”

So far, Clinton has won the lion’s share of hip-hop endorsements, including Pharrell Williams, Snoop Dogg, 50 Cent, and Ja Rule. In August, Kanye West, Kim Kardashian, and Usher were among guests at a Clinton fundraiser.

Beyoncé has also tweeted her support.

Beyonce steps out in support of the Hillary Rodham Clinton Campaign Event pic.twitter.com/HDIjzFFqXv

Bernie Sanders has won the endorsements of enigmatic rapper Lil B, and radical rapper Killer Mike.

http://t.co/2IJ4KOOF7N Rapper #KillerMike endorses #BernieSanders over #Hillary and shows why this is a better choice for black communities

And then there was Kanye’s recent praise of Republican presidential contender Ben Carson, but it’s unclear if it was an actual endorsement. “I was like, this is the most brilliant guy,” he told Vanity Fair.

Do you think these endorsements will help candidates win the election? Let us know your thoughts in the comments. 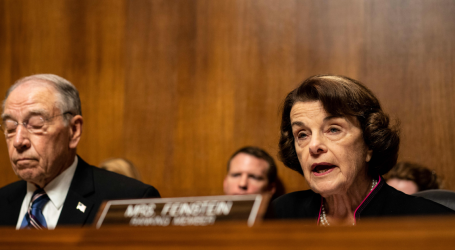 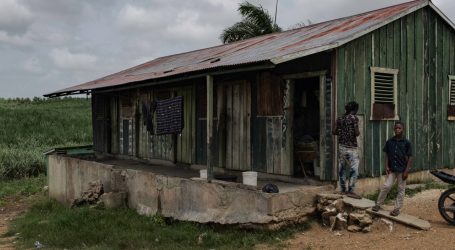