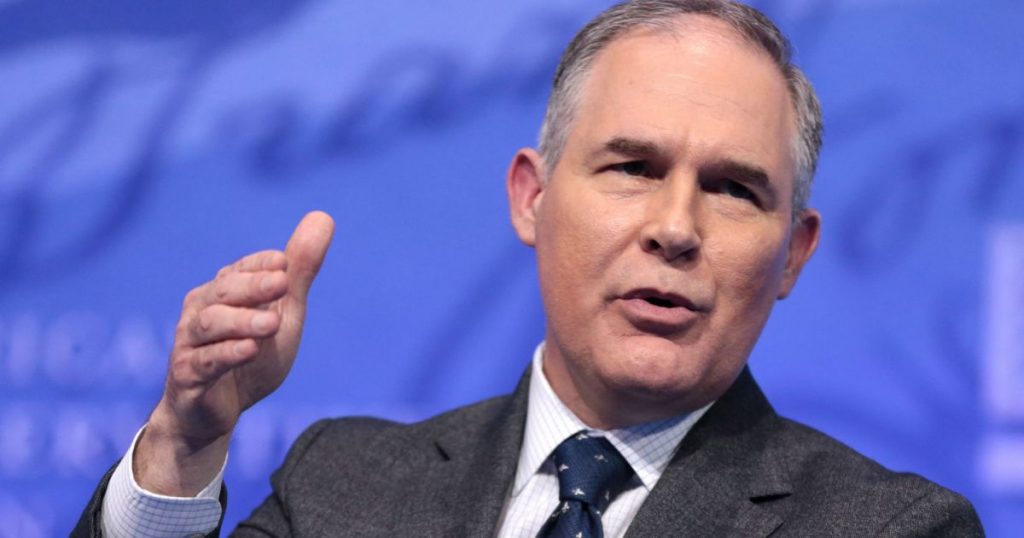 Scott Pruitt, the polluter-friendly chief of the Environmental Protection Agency, has already amassed a lengthy list of extreme, fringey accomplishments. As Rebecca Leber wrote in her recent Mother Jones cover story, Pruitt has set out to demolish one EPA policy after another during his first year on the job, driven by his religious beliefs and personal ambition.
But the New York Times reports that one of Pruitt’s most radical ideas—a series of “military-style” debates challenging the validity of the science of climate change—was too far-out even for the Trump White House. Pruitt, a climate denier, has been pushing for so-called red team-blue team debates that would present the issue as open to debate. (Never mind that the science is settled: 97 percent of climate scientists agree that the planet’s warming over the past century is very likely due to humans. “Scientific evidence for warming of the climate system is unequivocal,” according to the Nobel Peace Prize-winning Intergovernmental Panel on Climate Change.)
The Times says that Pruitt mulled broadcasting his climate-change debates on live television and that he raised the idea with the ratings- and reality TV-obsessed president. Yet John Kelly, the White House chief of staff, wanted nothing to do with the debates:
But the plan encountered widespread resistance within the administration from Mr. Kelly and other top officials, who regarded it as ill-conceived and politically risky, and when Mr. Pruitt sought to announce it last fall, they weighed in to stop him. At a mid-December meeting set up by Mr. Kelly’s deputy, Rick Dearborn, to discuss the plan, Mr. Dearborn made it clear that his boss considered the idea “dead,” and not to be discussed further, according to people familiar with the meeting. All spoke on the condition of anonymity in order to describe internal White House deliberations and meetings.
Don’t expect the EPA’s deregulator-in-chief to be thwarted. It’s pretty clear that Pruitt has his sights set on a larger stage—the Senate? The White House? But first he wants to undo as much as of the previous administration’s work as he can, far from the glare of TV lights. 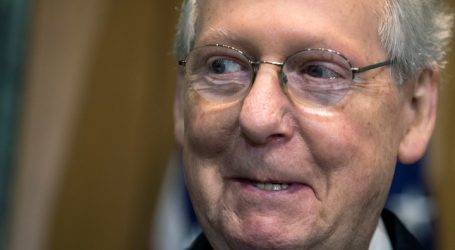 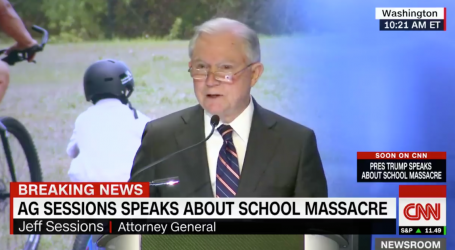