Black Politics
11 hours ago-My Daughter Ran. My Father Was Shot. I’ll Never Forget the Strangers Who Helped Us.
11 hours ago-If Republicans Retake Congress In November, Here’s What Their Agenda Will Look Like
11 hours ago-Wendy Davis Reflects on the End of Roe Nearly a Decade After Her Iconic Filibuster
1 days ago-When Abortion Was Illegal, Adoption Was a Cruel Industry. Are We Returning to Those Days?
3 days ago-Non-Mexican Migrants Awaiting US Hearing Must Stay in Mexico—for Now
Black Politics
June 28, 2017
Author:

The 2013 decision by the Atlanta Braves to take their business elsewhere was an economy-changing event that sparked open celebration on the Cobb County side of the Chattahoochee River.

At the risk of using an out-of-season metaphor, one might even say they spiked the football.

By contrast, the announcement of Emory University’s petition to become part of the city of Atlanta, a move with far greater potential to change the face of the region, was the epitome of understatement and good manners.

“Mayor Reed welcomes all communities who choose to join the City of Atlanta, etc., etc.”

If all the dominoes fall in place as planned, including an expansion of MARTA rail up the Clifton Road corridor to Emory and the U.S. Centers for Disease Control and Prevention, we may look back at this as the capstone of Reed’s eight years as mayor. It would be the first great expansion of Atlanta’s borders in a generation and more, not unlike the absorption of Buckhead in the early 1950s.

Reed is currently in Belgium at a climate change conference. So the parade and confetti have been put on hold until he gets back, right? Probably not.

First, a petition for annexation that has been a year in the making could have waited for the Delta flight home. No, that’s not the reason for a lack of hoopla.

So let’s go back to the Braves and Cobb County. That was a one-and-done decision, rather like informing Wife No. 1 that you want a divorce by showing up with Wife No. 2. The quicker you put Wife No. 1 in the rear-view mirror, the better for all parties involved. An extensive display of hoopla after the separation makes no difference.

On the other hand, the annexation of Emory University and associated parties into the city of Atlanta wouldn’t be a divorce from DeKalb County. But it would require a redefinition of that relationship.

The petition for annexation filed by Emory is a 1,500-page work of art, a tale of real estate purchases, obtained lot-by-lot and sometimes in secret, all in order to build the required physical pathway to the Atlanta city limits. The Atlanta City Council is expected to take it up later this year.

But that is only the first of the paperwork. Lawyers have many billable hours to go before they sleep. An intergovernmental agreement must be reached between Atlanta and DeKalb County, to determine who will provide what services.

For instance, we’re told that one of the very real sticking points to the annexation, a topic first broached last August, has been a modest fire-and-rescue station on Clifton Road run by DeKalb County. One of the station’s most important neighbors is the CDC, home to many a creepy-crawly thing — which is to say, bio-hazards and worse.

Occupants of the fire station have been steeped in training. They have specialized equipment. But when someone in a CDC that’s part of the city of Atlanta calls 911, will that specialized fire station be the one that responds?

The same goes for MARTA and its plan to give 29,000 or so workers in the area the option of commuter rail. A happy DeKalb County might help bear the cost. An unhappy one could offer up all sorts of roadblocks.

Continued good will is an essential ingredient in the negotiations to come. And so no fist-pumping will be allowed.

But very likely, that wasn’t the only reason for the subdued nature of Emory’s announcement, or the mayor’s response. Another one: The university’s annexation petition has been plopped down in the middle of a hot mayoral contest.

The African-American presence within the city limits has been trending downward for some time.

Currently, the electorate is split 50-50, black and white. Only 27 years ago, African-Americans comprised two-thirds of the vote. When discussion of Emory’s absorption into the city first jumped up, political theorists eyed a southward expansion of Atlanta’s city limits to offset an eastward thrust, in order to achieve a sort of racial parity.

But the creation of a city of South Fulton has slapped a hard limit on Atlanta’s southward expansion. The Emory campus, some 630 acres, has plenty of students, but few permanent residents. However, the prospect that other residential areas — and their majorities of white voters – might eventually follow Emory’s example could become a sore topic among many black political leaders this fall.

So far, only a few mayoral candidates have weighed in.

“As an Emory graduate, I would be delighted if the annexation process is completed and they are a part of Atlanta,” said Mary Norwood, an at-large member of city council, on Tuesday. Norwood is white and a resident of Buckhead.

Fort is African-American. His district includes much of southwest Atlanta. “I’m very concerned about this Emory annexation, and I’ve called both [MARTA General Manager] Keith Parker and the president of Emory to have meetings with them,” Fort said. ““I’m very concerned that Emory is getting a quick entree into the system, and southwest Atlanta is not getting the full attention it deserves. We need to slow down this process and see what the implications are.”

And that’s why big news arrived in such a small package on Tuesday. 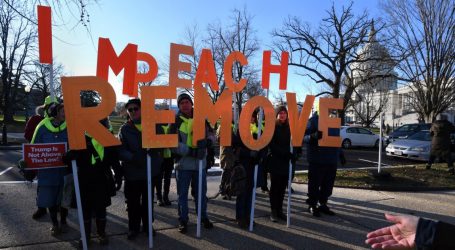 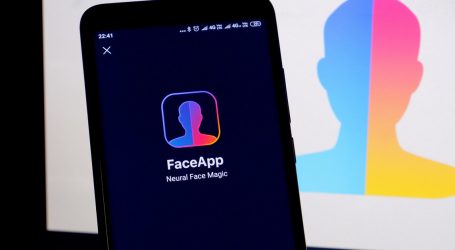