This morning, CNN has a headline heralding Donald Trump as “Presidential Trump.”

During his first speech to Congress last night, President Donald Trump shunned his typical discordant tones in favor of more lofty, inspirational ones.

Even left-leaning commenters like Van Jones praised Trump, going so far as to say he “became President” all in one night with his tribute to a Navy Seal’s widow.

I am neither impressed nor fooled by the performance, though, and I see Trump for who he remains — a bitter, petty, and divisive figure.

Just because the teleprompter forced him to behave like an adult, and just because he took long pauses with his lips turned down like Benito Mussolini waiting to hear chants of “Duce,” the fact remains that Trump’s agenda is not my own.

When you sift through his platitudes, you see promises to repeal Obamacare with no cogent plans to replace it, a “sounds good” sound-byte about pushing for private insurance companies to insure folks with pre-existing illnesses or injuries, one that falls short of the current Obamacare mandate that corporations SHALL not exclude buyers because of such illnesses or injuries.

Last night’s speech also made immigrants the first villains and Muslims the second, as Trump continued to conveniently gloss over the fact that most of the 9/11 terrorists hailed from US “ally” Saudi Arabia and that much of the worst terrorism at home stems from white men with automatic weapons, not brown ones.

When Trump talked “law and order” and did not mention black folks killed by cops under suspicious circumstances, he sent a signal to me as a criminal defense lawyer that those federal prisons are about to get stacked and civil rights cases are about to get dissed by Attorney General Jefferson Beauregard Sessions.

Trump also continues to lie about “bringing back those manufacturing jobs lost to NAFTA,” jobs that anyone with any modicum of sense knows are gone forever. I suppose providing false hope for his Midwestern base is better for them than the stark reality that new industries must be created, and those out of work Trump supporters must get prepared academically to work within the same when and if the time comes.

Oh, and the infrastructure plan that has been pushed by Democrats for years that 45 is trying to jack as his own idea, well, just sit back and watch how Congressional Republicans tighten purse strings when it’s time to spend.

Finally, despite his typical bombast, there will be no damn wall built between the US and Mexico. A Republican Congress will not pass a tax burden onto the public simply to assuage Trump’s ego.

So, if you skipped the speech, you did not miss much, I assure you. But please do not allow the “he sounded so much nicer” types fool you into believing that last night signaled a kinder, gentler 45.

Nope, he is the same alternative right-wing narcissist that he has shown himself to be on the campaign trail. Stay woke and continue to resist.

Chuck Hobbs is a trial lawyer and award-winning freelance writer based in Tallahassee, Florida. Follow him on Twitter @RealChuckHobbs 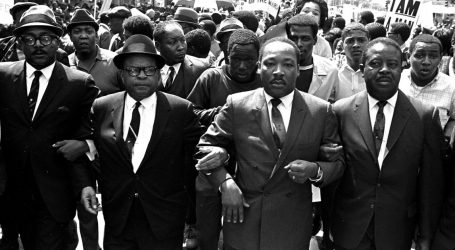 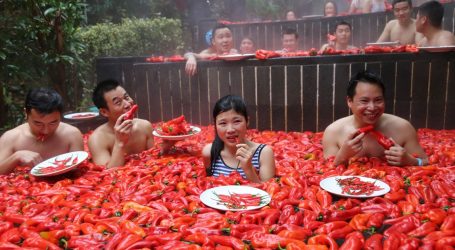