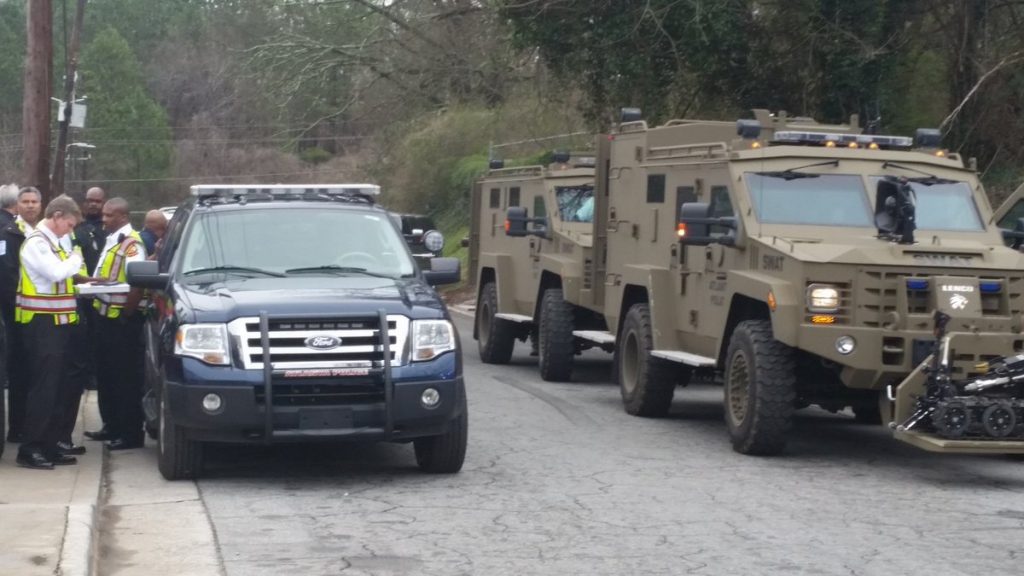 “There was a little bit of chaos on the scene when police arrived,” Glazier said.

Dozens of Atlanta police officers continued searching for the shooters in the area of the Etheridge Court Apartments in the 2500 block of Etheridge Drive, Glazier said.

“We believe everyone we’re looking for is in an apartment,” Glazier said. “We’re trying to determine who they are.”

Glazier said police are figuring out what to do with the buses of children when they are released from school. The academy is less than a mile away from the shooting incident.

“There are no other APS schools close in proximity,” Willis-Green said.

Police are interviewing the person who was shot in the leg and trying to determine who the shooters are. That person was taken to Grady Memorial Hospital.

Police believe all the innocent parties are safe, either in their apartments or out of the area, Glazier said.