A French designer who has dressed First Lady Michelle Obama in the past, won’t ever dress Melania Trump—and she is urging her colleagues to get in formation with her.

Sophie Theallet published on open-letter on Twitter vowing that because of President-elect Trump’s sexism and racism, she will never dress his wife while they occupy the White House, according to the Huffington Post.

“As an independent fashion brand, we consider our voice an expression of our artistic and philosophical ideas The Sophie Theallet brand stands against all discrimination and prejudice,” her letter started.

“As one who celebrates and strives for diversity, individual freedom, and respect for all lifestyles, I will not participate in dressing or associating in any way with the next first lady. The rhetoric of racism, sexism and xenophobia unleashed by her husband’s presidential campaign are incompatible with the shared values we live by,” she continued.

Theallet admitted that she recognizes that it’s probably “not wise to get involved in politics,” but her family-owned company “is not just about money.”

“We value our artistic freedom and always humbly seek to contribute to a more humane, conscious and ethical way to create in this world,” she wrote. “Integrity is our only true currency.“

Theallet also referred to Mrs. Obama as someone whose “values, actions and grace” resonate with her, and that working with her was “a highlight and an honor.”

(Here is one of Theallet’s recent looks on FLOTUS. Fabulous!)

Theallet, who launched her own label in 2007, won the prestigious CFDA/Vogue Fashion Fund Award in 2009 and has dressed many celebrities, including actresses Shailene Woodley, Neve Campbell and Gabrielle Union, ABC News noted. She has also designed lines for companies such as Lane Bryant and The Gap.

Looking back, it cannot be denied that the fashion industry instantly flocked to First Lady Obama in 2007 and helped catapult her to fashion icon status over the past eight years. But will her predecessor receive that same treatment?

Famed designer Carolina Herrera believes that folks will eventually come around. One of FLOTUS’s favorite designers told the Business of Fashion earlier this month that she believes the industry will drop their anti-Trump sentiment in time.

“I think that in two or three months they’ll reach out, because it’s fashion. You’ll see everyone dressing Melania. She’s representing the United States,” Herrera said.

But it’s too early to tell how things will shake out.

As of now, In Style magazine said they “have no plans” to cover Mrs. Trump and while Theallet may be the first designer to publicly refuse to work with Trump, a source recently told People that all of the Trump women have gotten an icy reception from designers since the beginning of the campaign.

“This has already been going on for months. Designers wouldn’t lend to Melania, Ivanka or Tiffany, so they either bought the items themselves or wore Ivanka’s brand.” The source added, “There was a lot of shopping their own closets.” 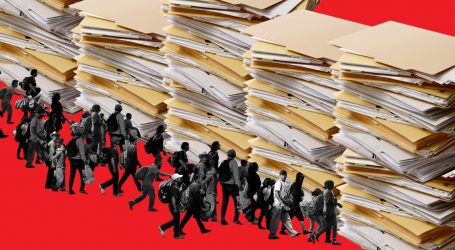 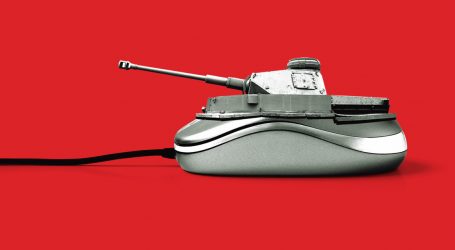