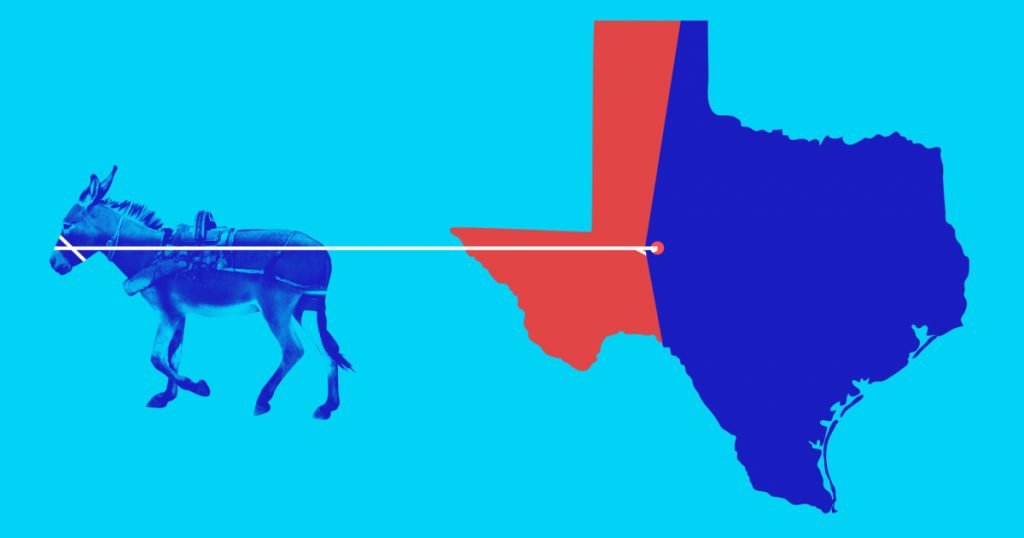 Texas Democrats have big plans for the 2018 midterm elections. Popular Rep. Beto O’Rourke is gunning for Ted Cruz’s Senate seat. Scandal-plagued Republican Rep. Blake Farenthold is retiring at the end of his term, and his district could be redrawn before his last day on the job. And there’s a Democrat running in all 36 of the state’s congressional districts—something, according to the state party, that hasn’t happened in more than 25 years.
But as my colleague Tim Murphy wrote in his September/October cover story, voting in Texas is more difficult than in almost any other state—often to the detriment of Democrats. Thanks to the state’s infamously gerrymandered districts, Democrats have few places where they can realistically pick off incumbent Republicans, even with the kind of increased African American turnout that propelled Doug Jones to his surprise Senate win in Alabama. That’s why Texas Democrats are focusing on two solidly Republican districts that Hillary Clinton flipped in 2016: Rep. John Culberson’s District 7, near Houston, and Rep. Pete Sessions’ District 32, around Dallas.
“Trump will represent a millstone around both Culberson and Sessions’ necks. The lower his approval rating, the worse Culberson and Sessions will do.””Both districts primarily consist of white, educated, and reliably Republican voters, many of whom couldn’t stomach pulling the lever for Donald Trump last year. “Trump will represent a millstone around both Culberson and Sessions’ necks,” said Mark Jones, a political science fellow at Rice University’s Baker Institute. “The lower his approval rating, the worse Culberson and Sessions will do.”
Culberson, in particular, already has seen an outpouring of grassroots opposition tied to his support for the president. As Murphy wrote in his piece earlier this year:
Few places in America moved as sharply toward Democrats last fall as the Harris County district currently represented in Congress by Republican John Culberson. The 7th District, which Mitt Romney won by 21.3 points in 2012, went to Clinton by 1.4. Culberson, a loyal Trump supporter, has faced mostly token opposition since being elected 17 years ago to the seat once held by George H.W. Bush, but at least six progressives have signed up to run against him, and local party members and grassroots groups have already held two candidate forums. Those challengers include Jason Westin, a cancer doctor who’s worried about budget cuts for the National Institutes of Health, and Laura Moser, the founder of Daily Action, an online organizing hub that directs its members to make one call per day to oppose the Republican agenda. Members of the local chapter of Swing Left, one of the most popular of the new resistance groups, have packed town halls, protested outside Culberson’s office, and canvassed and phone-banked their neighbors. Democrats smell blood in the water, and it’s finally not their own.
If money is any indicator, Culberson already faces a tough race. At the end of the third quarter, he had been outraised by two of his Democratic challengers: Nonprofit executive Alex Triantaphyllis had $536,000 on hand, and lawyer Lizzie Pannill Fletcher had $403,000. In the third quarter, Culberson raked in $177,000, just $10,000 more than activist challenger Moser.
Unlike Culberson, Sessions has a high-profile role as chairman of the Rules Committee. And the 11-term congressman has shown himself to be campaign savvy, even though he didn’t have a Democratic challenger in 2016: At the end of the third quarter, he had nearly $1.2 million in the bank.
But Clinton won Sessions’ district in 2016 by nearly 2 percentage points, so Democrats think they have a shot at unseating him, especially given their field of candidates. They include former Clinton campaign staffer Ed Meier, civil rights lawyer Colin Allred, and longtime local television reporter Brett Shipp.
They’ve wasted no time tying Sessions to Trump and his sagging approval ratings. For instance, Shipp’s website refers to Sessions as Trump’s “protege”; Meier’s reads, “Folks in Dallas deserve a Congressman who looks out for their needs, not a rubber stamp for Donald Trump.”
And should Democrats manage to knock off Sessions or Culberson, says Rice’s Jones, it will set off “warning bells within the Texas Republican Party: that it may be starting to lose its once very reliable upper-middle-class and middle-class Anglo core—which it depends on for victories.” 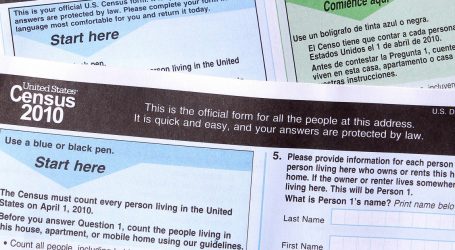 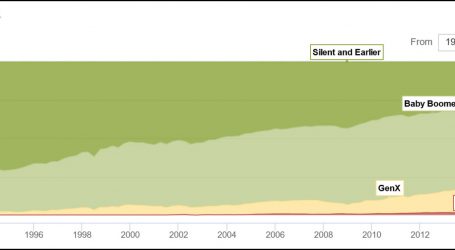